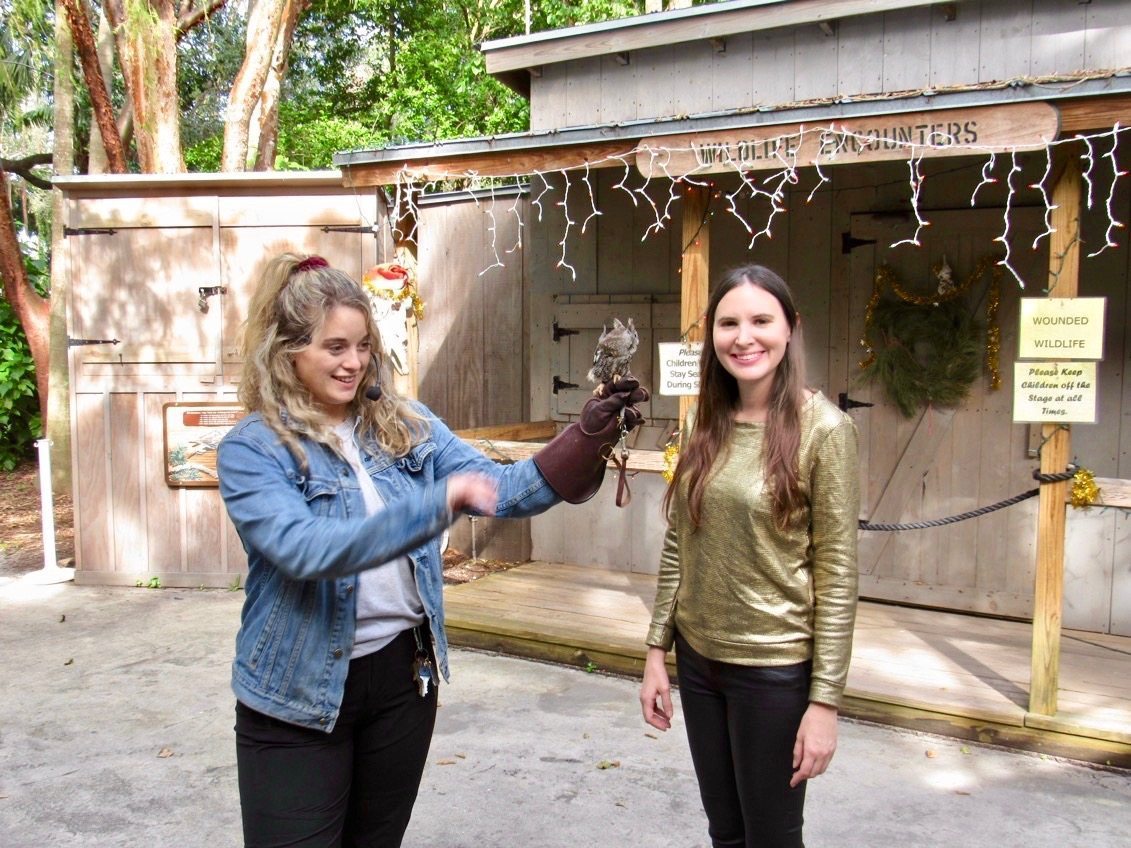 For Latinos, going to Miami means shopping. As I do not love shopping, I needed a break from shopping centers and suggested going to Parrot Jungle, a place I had gone as a child. It turns out that the place was closed due to the damage caused by Hurricane Irma. So we went to a place I didn’t know called Flamingo Gardens. 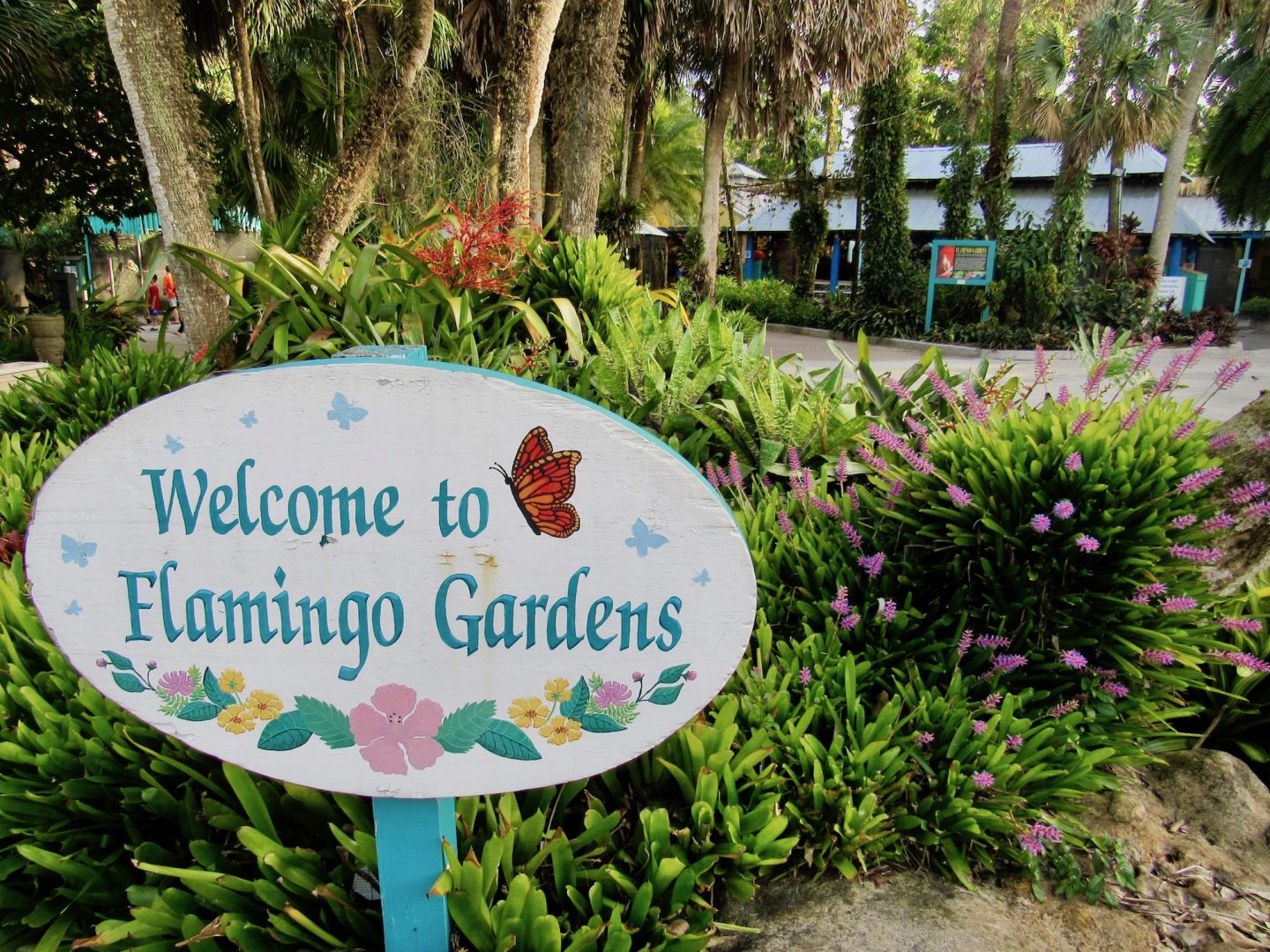 Flamingo Gardens is near Fort Lauderdale in a site called David. As we were staying near Adventura the drive was only 30 minutes, which is not bad for Florida. 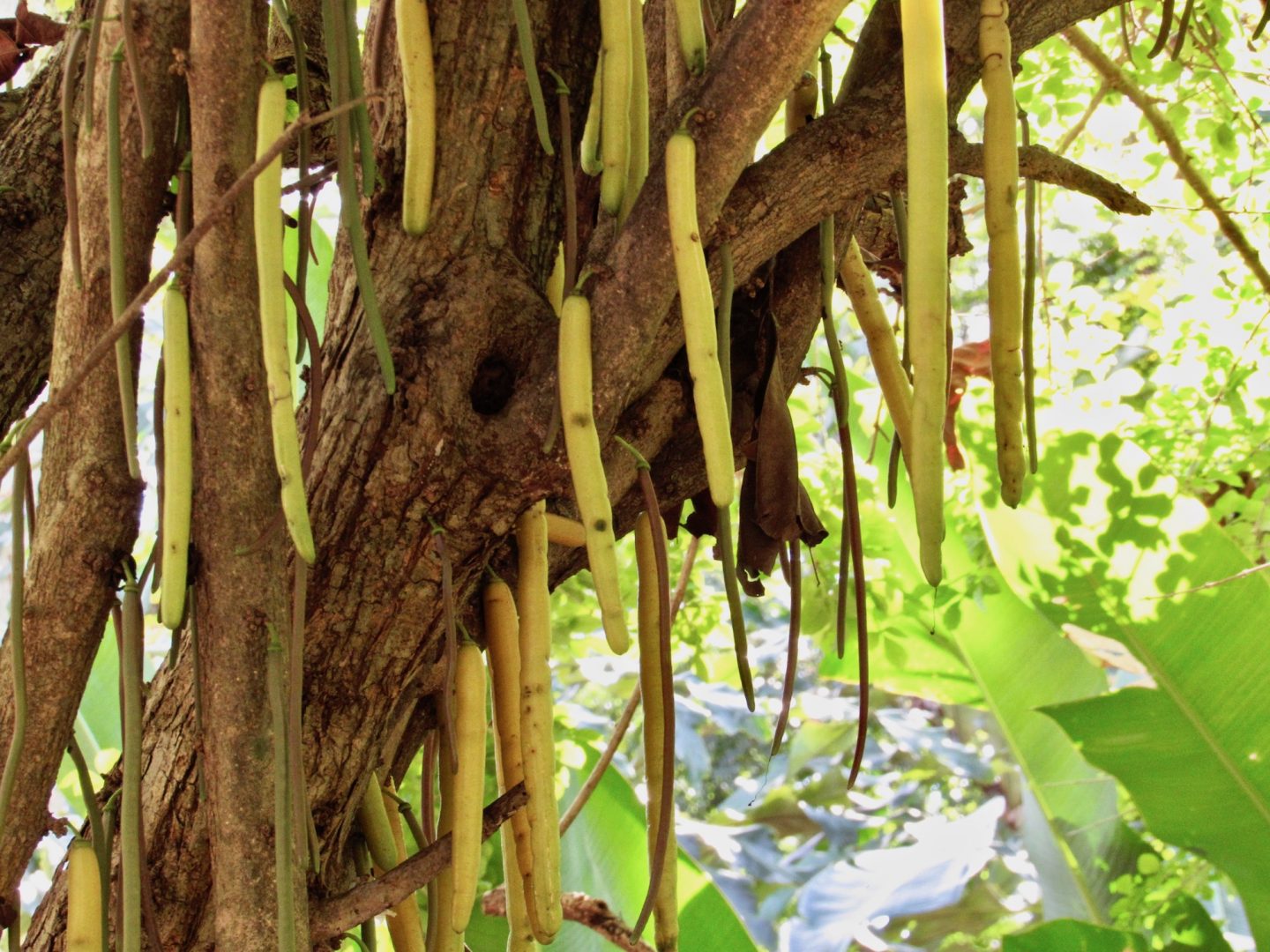 Originally the site was called Flamingo Groves and was a citrus orchard. Its owners were Floyd and Jane Wray who arrived in Florida in 1925 and bought 320 acres (129.5 hectares) in the Everglades. In 1927 they started what would become one of the first botanic gardens in South Florida. 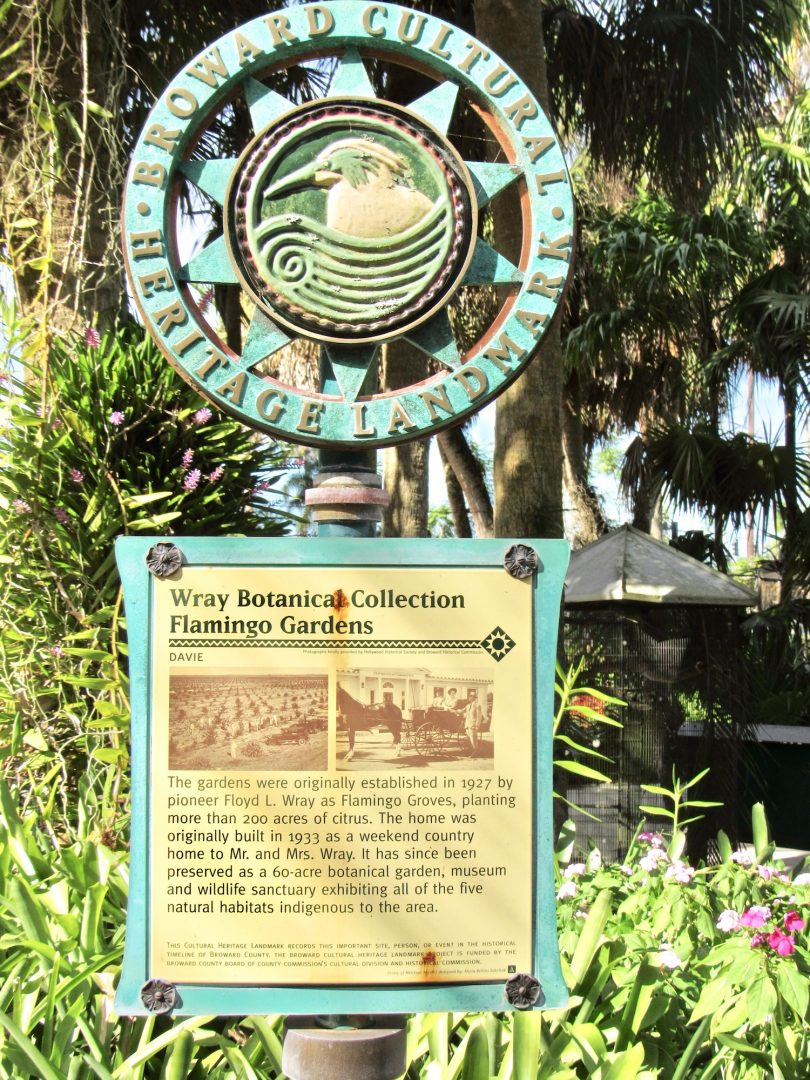 Their citrus orchard came to have more than 60 varieties on 2000 acres (809 hectares). In the 1930s the federal government began sending them foreign plants and seeds to see if tropical fruits and exotic trees would grow. They built a summer home in the gardens, which today is a museum that shows what country life was like in 1930. 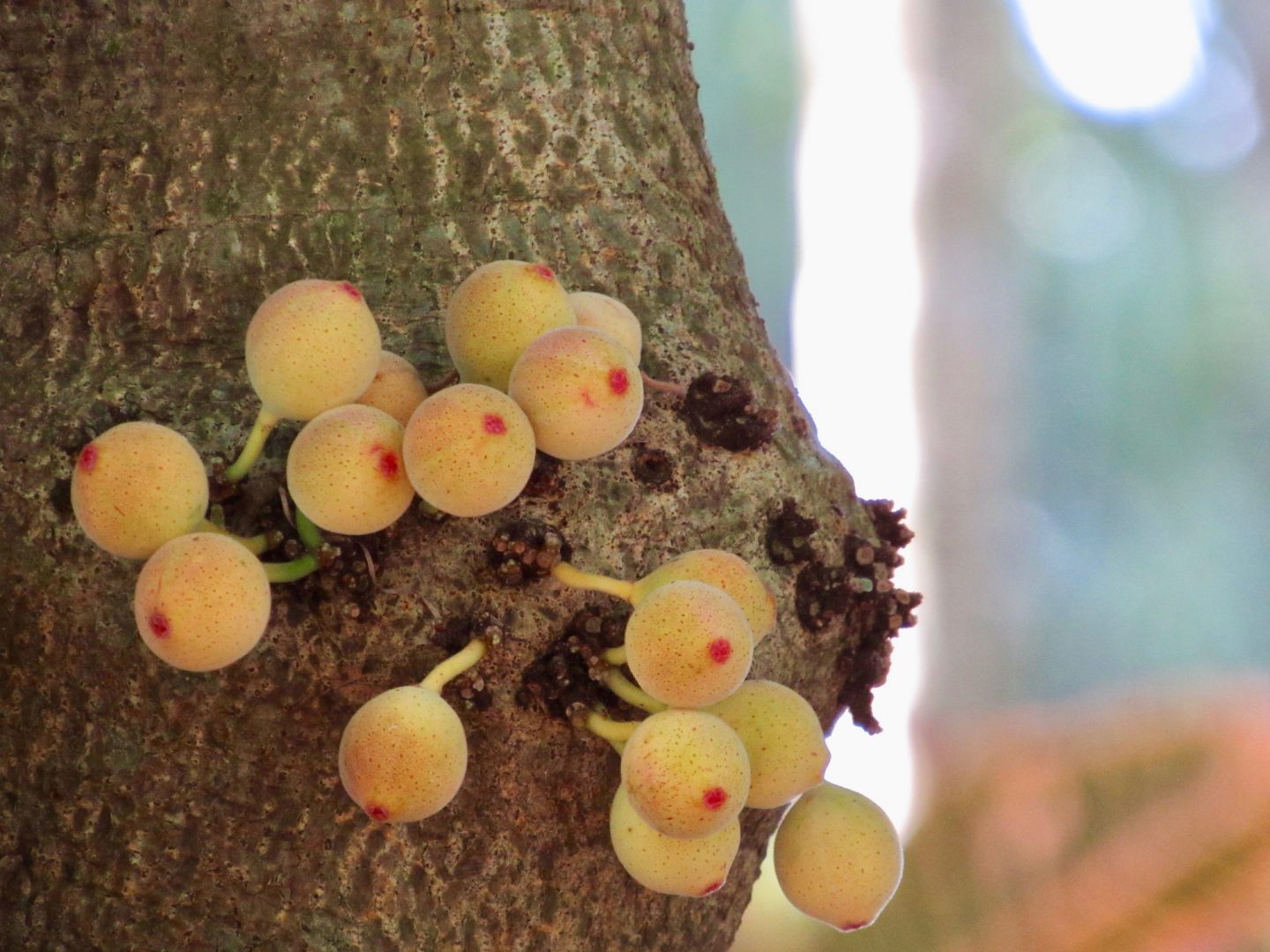 There were already flamingos when they bought the property. Peacocks were introduced in the forties and were a total success. In the 1960s they began doing demonstrations and live shows, which still continue. 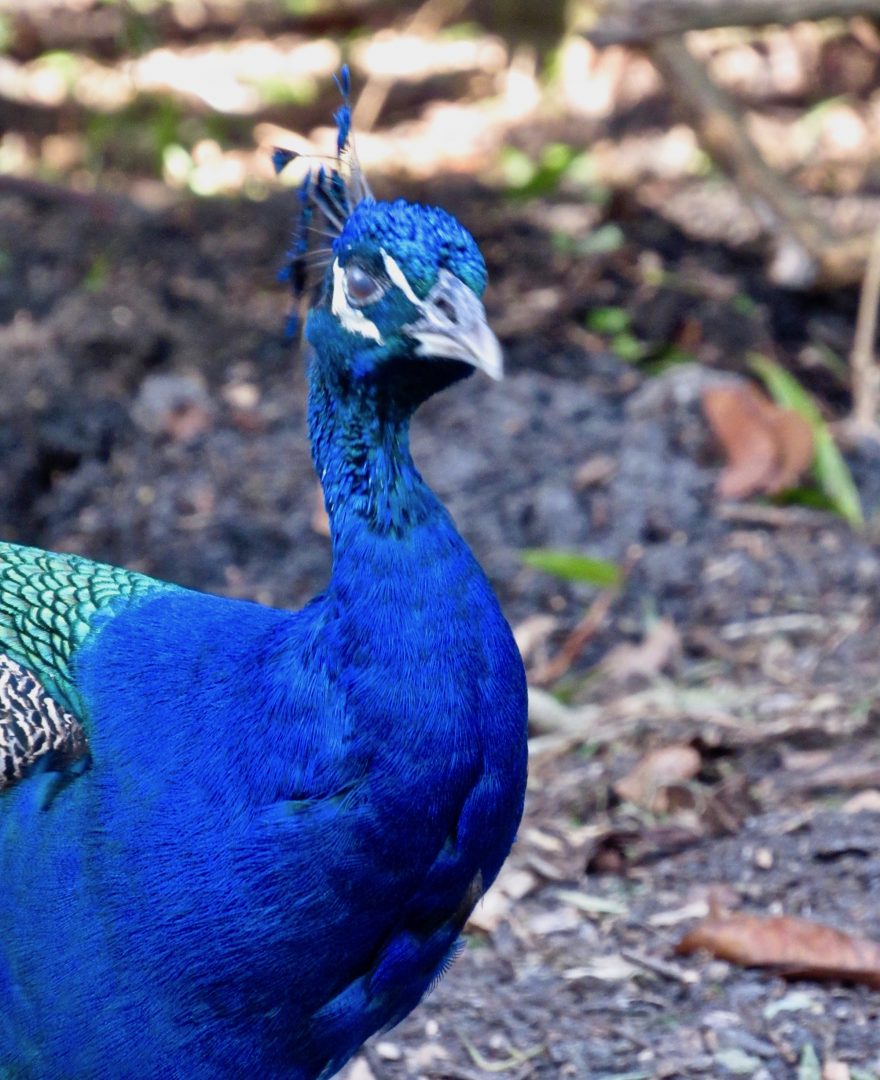 In 1990, the center of birds of prey and a free flight aviary were opened. The five unique ecosystems of the Florida Everglades are represented through the display of native plants; coastal meadow, mangrove, cypress forest, subtropical hardwood hammock and sierra prairie. 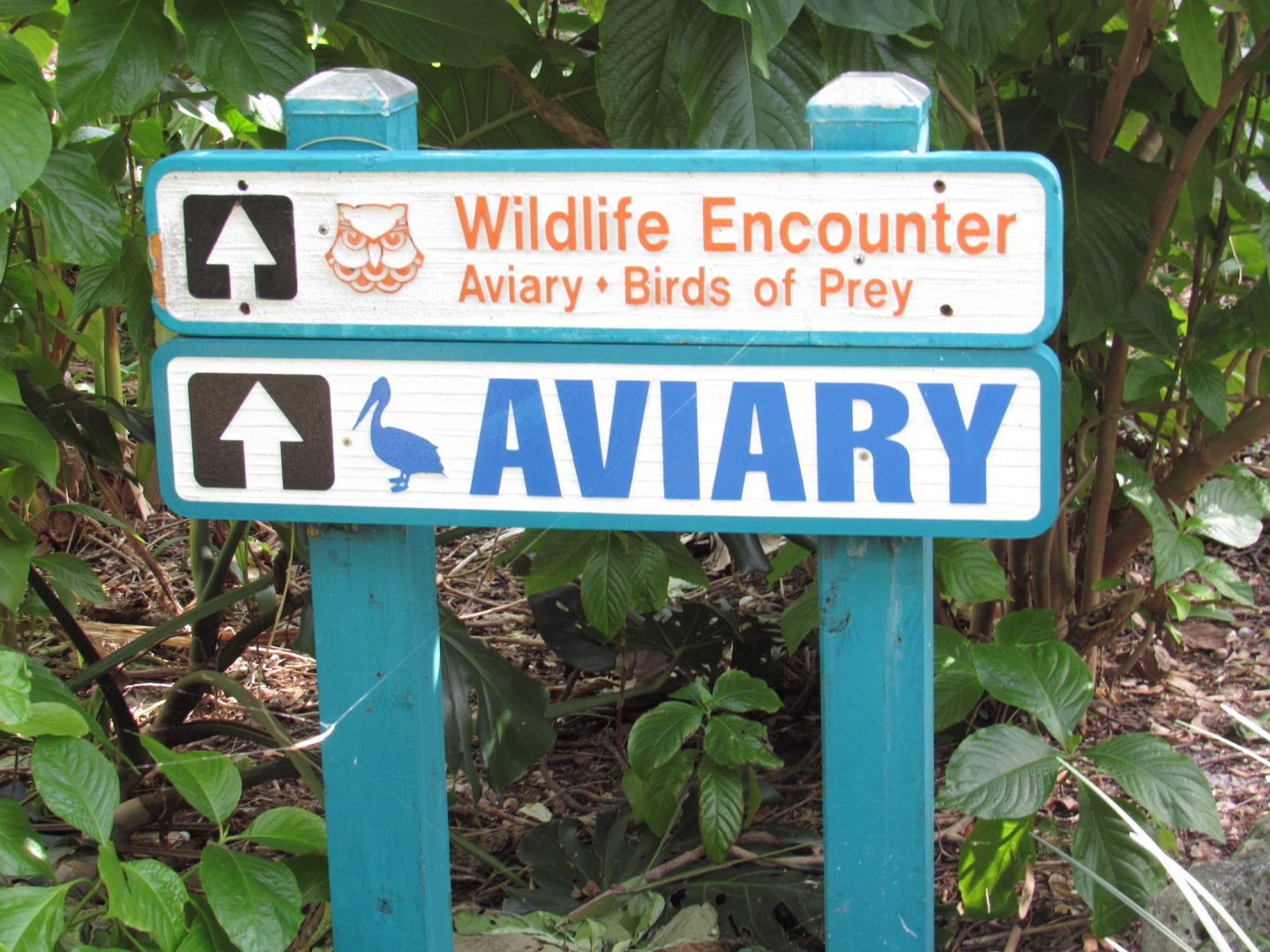 You can spend almost a whole day touring Flamingo Gardens. There are two places to eat including a food truck, in addition to a place that sells smoothies. At the entrance there is a shop that sells very nice souvenirs. 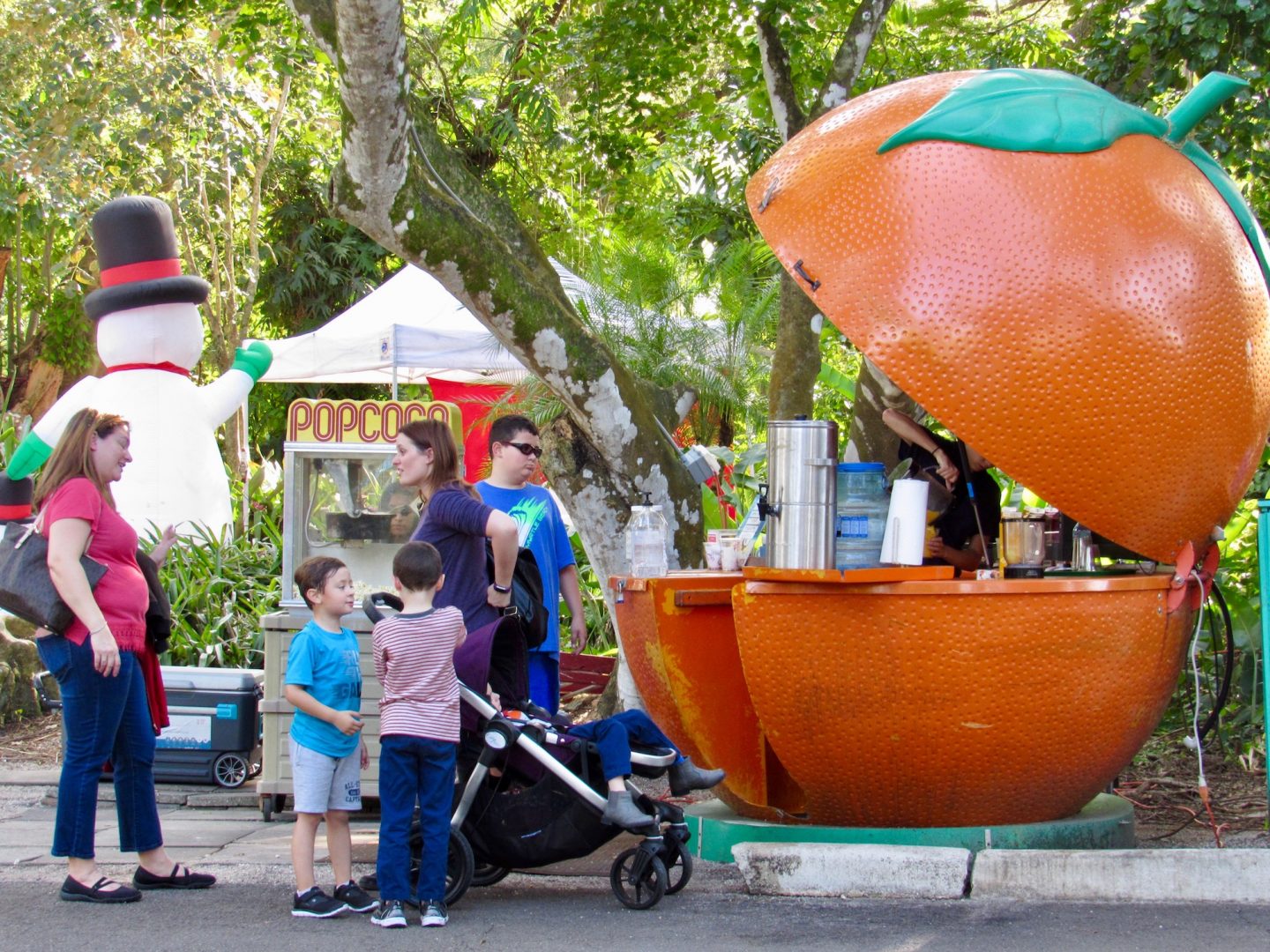 You are visiting a sanctuary not a zoo

Flamingo Gardens is a non-profit organization. Its mission is to conserve and educate about the natural and cultural environment of South Florida and the Everglades. 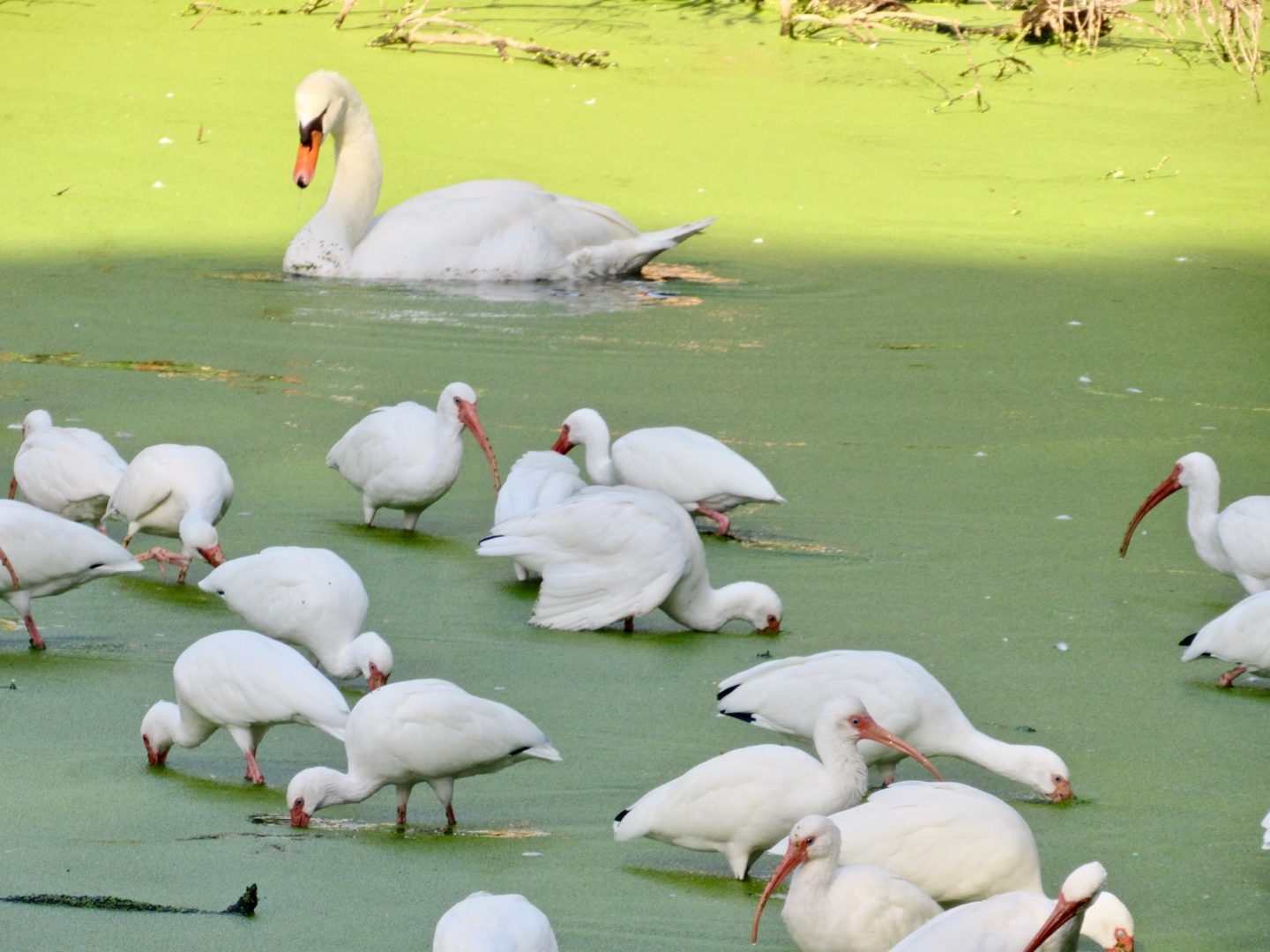 There is a sign that explains “Most of our birds and animals are permanently injured and / or cannot be released and are provided a home here in the Gardens. The rehabilitated fauna, as well as the birds and animals born in the sanctuary, are released into the wild or placed in breeding programs. ” 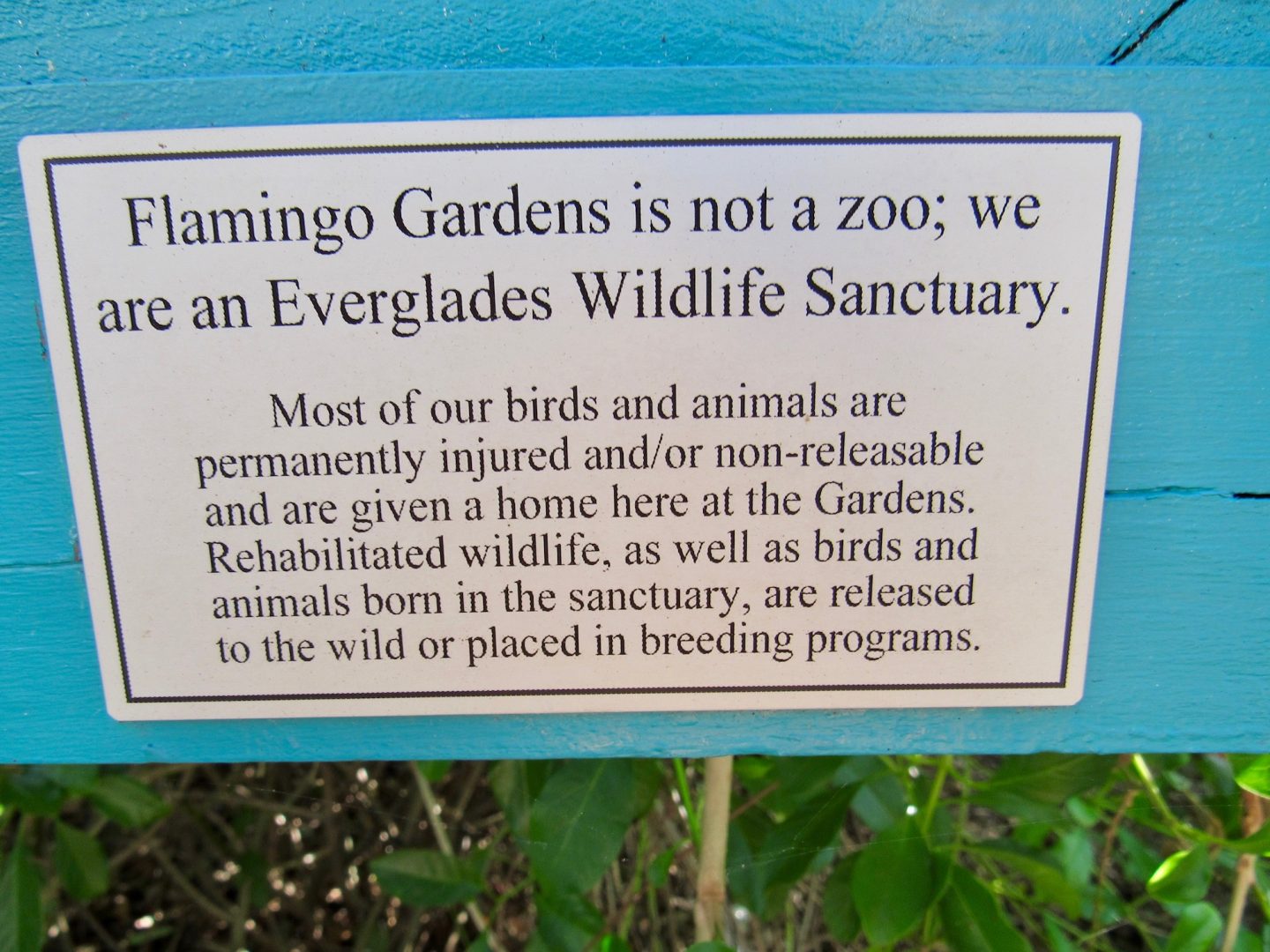 The sanctuary has the largest wildlife collection in the entire state of Florida, with more than 90 species. One of the most popular exhibits is the alligators. Flamingo Gardens lent to “Elvis” who was the alligator pet that appeared on the Miami Vice program. Original Elvis died but they have Elvis the third who is 12 feet tall. 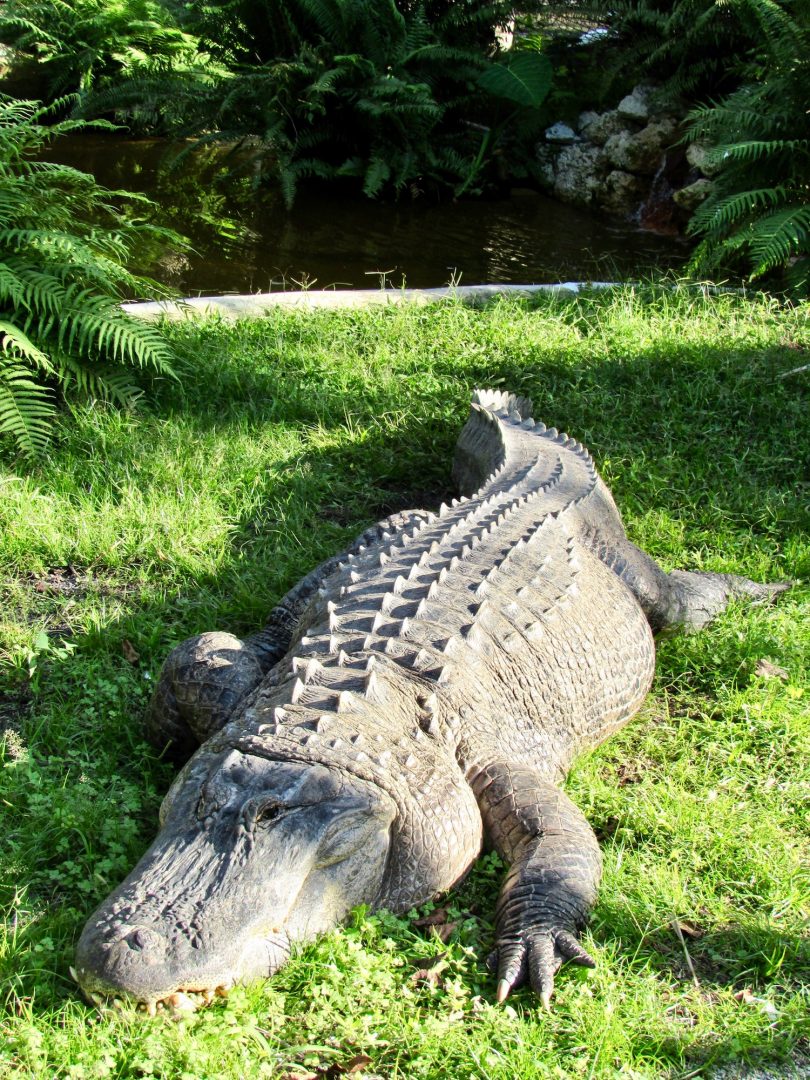 Other animals you can find are panther, lynx, turtle, otter and black bear. 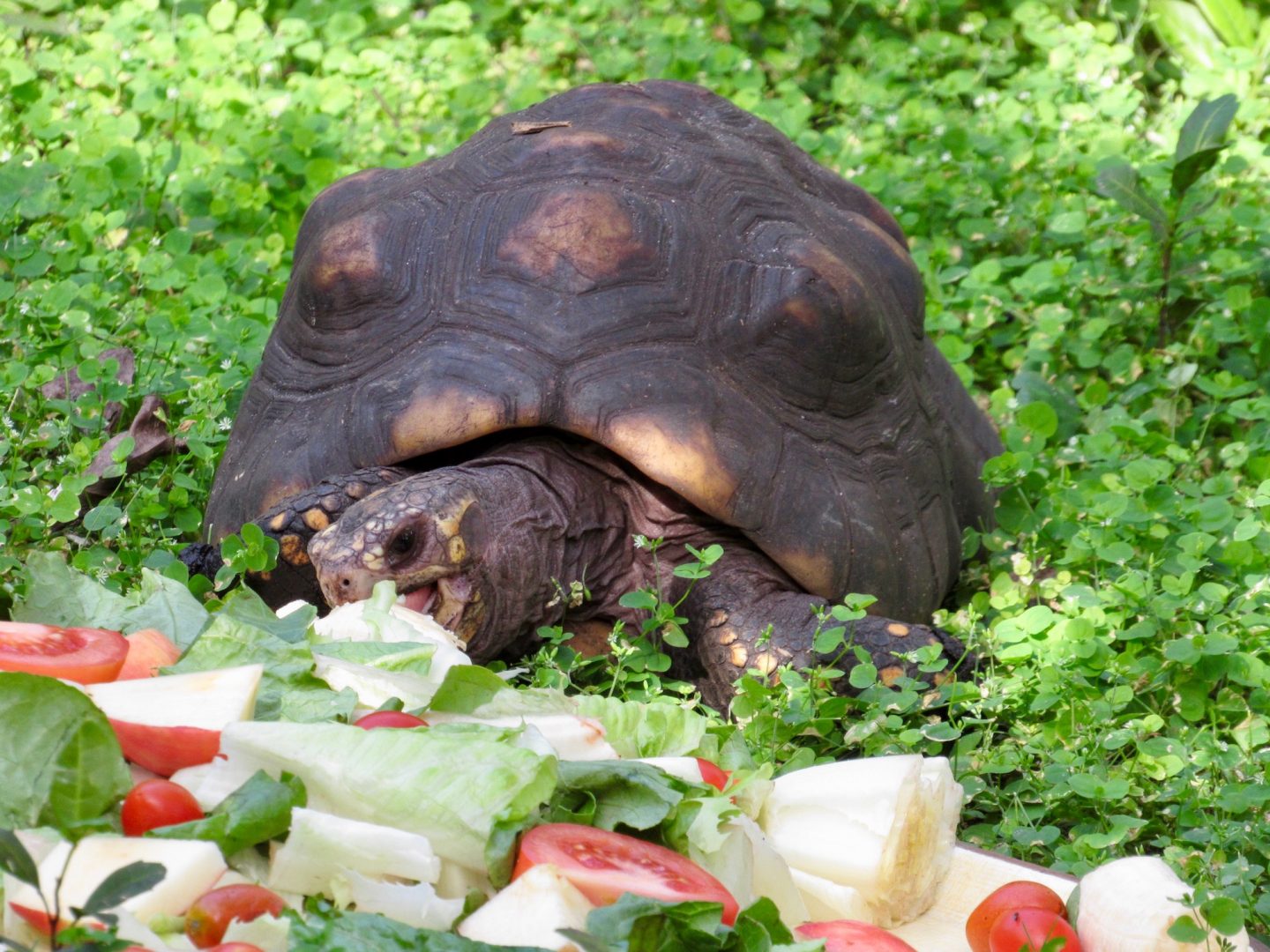 One of the busiest exhibits is birds of prey. Visitors will see a variety of owls, vultures, hawks, bald and golden eagles. They have 25 species of raptors that eat 40,000 rats, quails, chicks and mice a year. 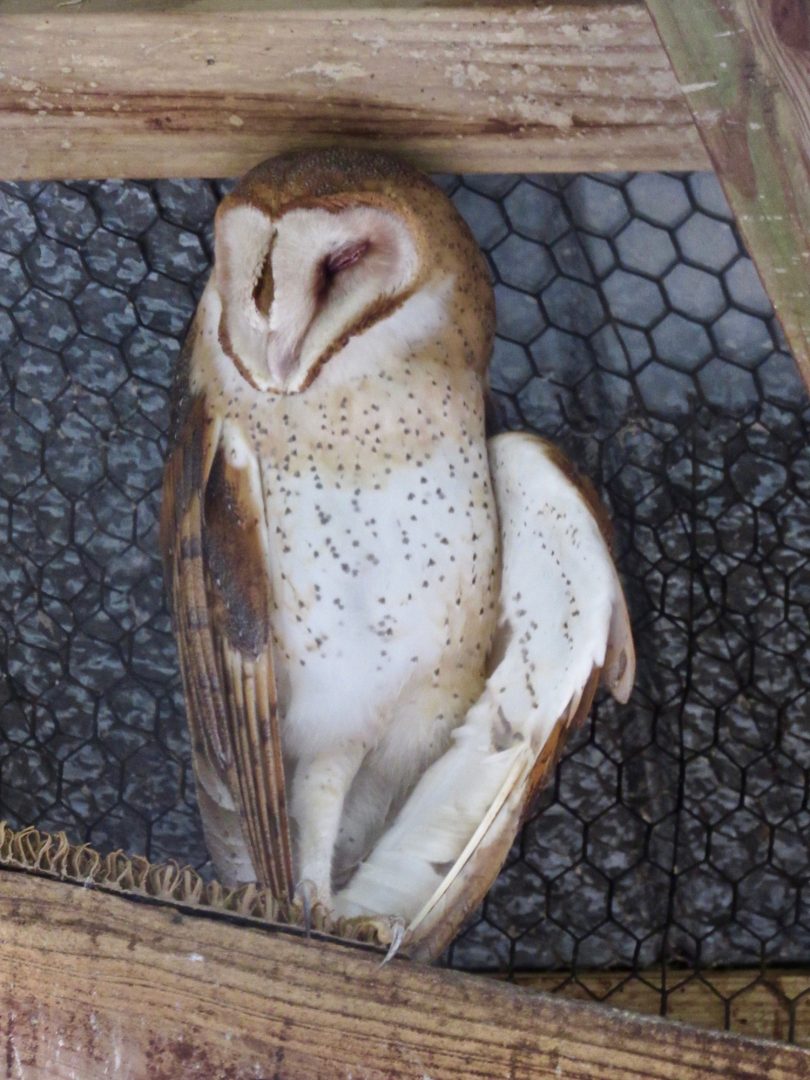 My favorite was the intimidating bald eagle, which is the national symbol of the United States. Each cage has a sign outside that explains the species of bird and how they got to the garden. Many ask them to adopt them by donating money for their food. 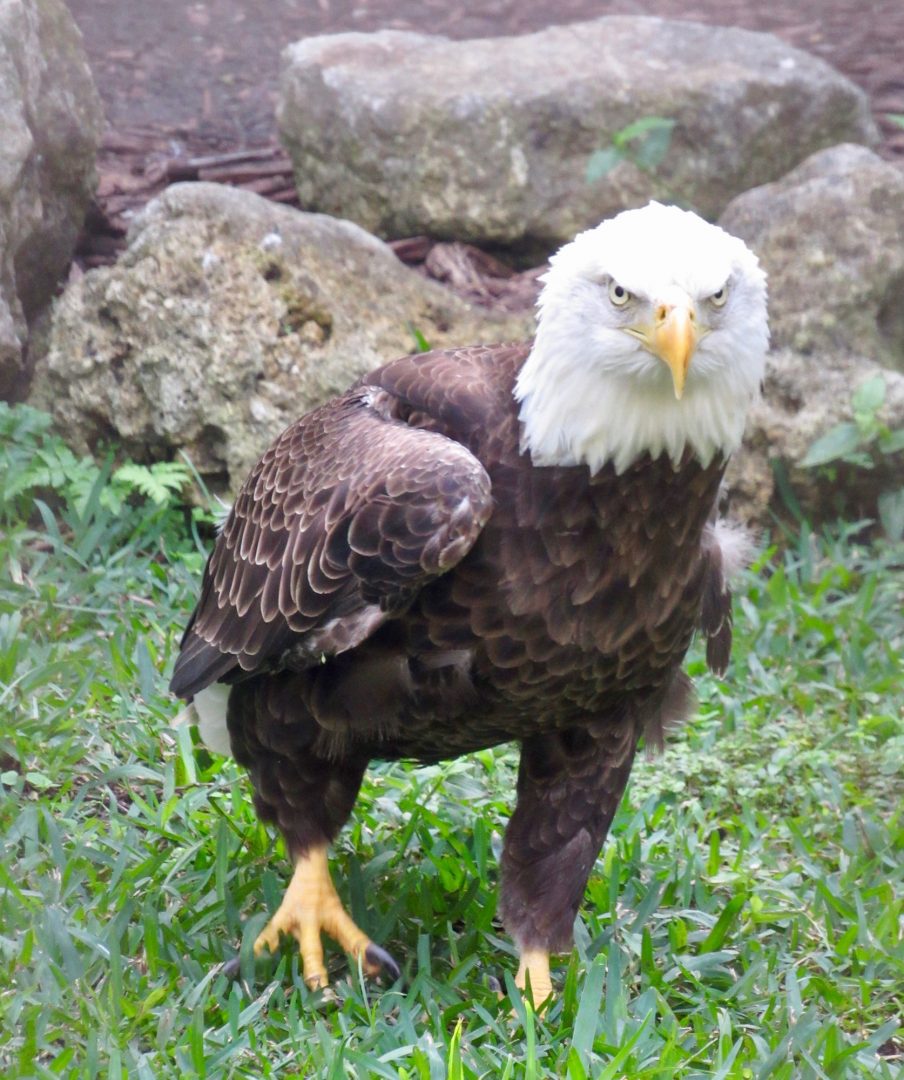 To enter the aviary you have to go through one door first and then another. This is so that the birds do not escape. There is a sign outside that instructs visitors, the funniest is #14 “Don’t look up with your mouth open.” 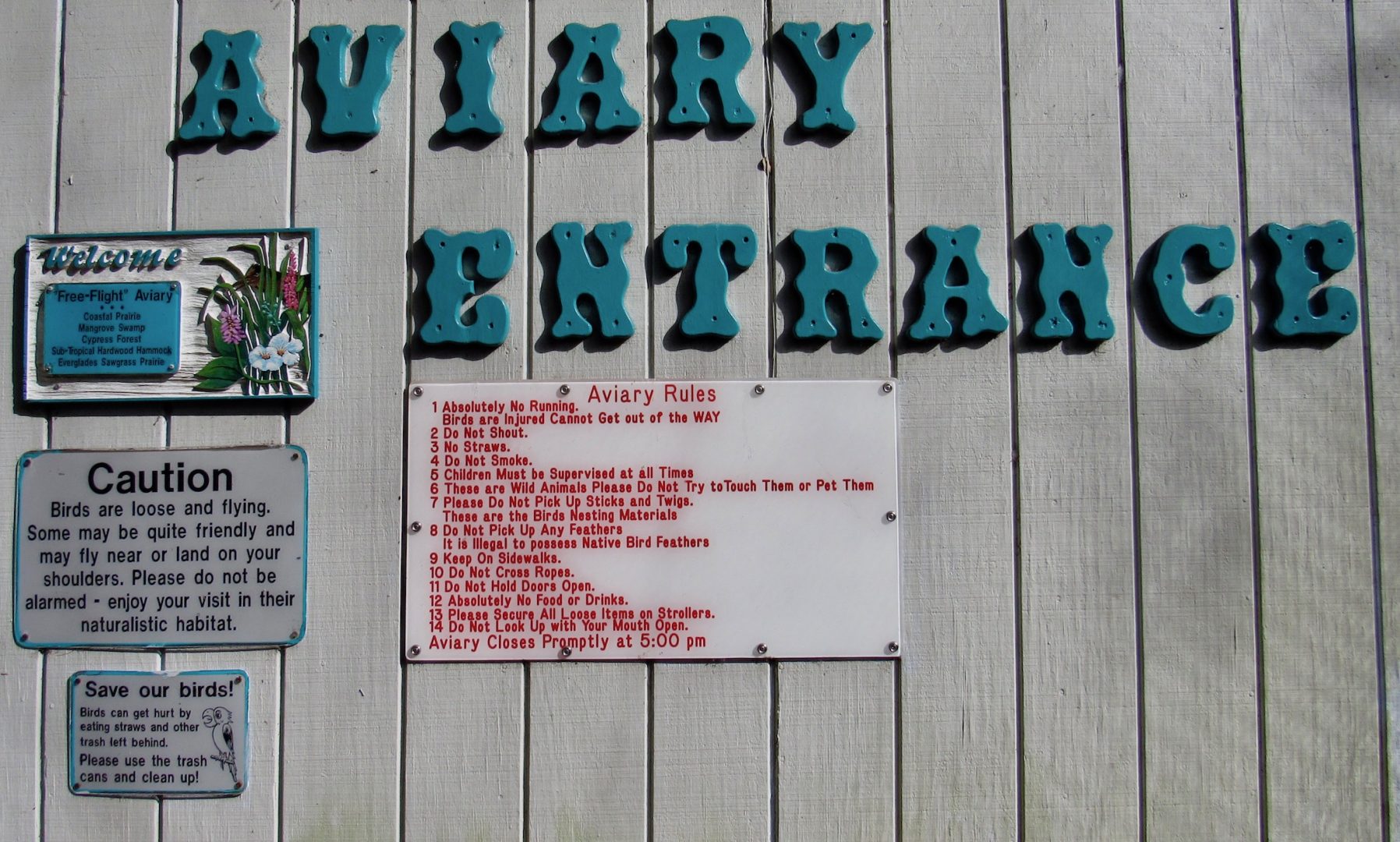 You quickly realize why when you enter. There is another sign that says “Birds poop every 15 minutes. How long have you been standing here?” These birds eat 60-90 pounds of fish a day. 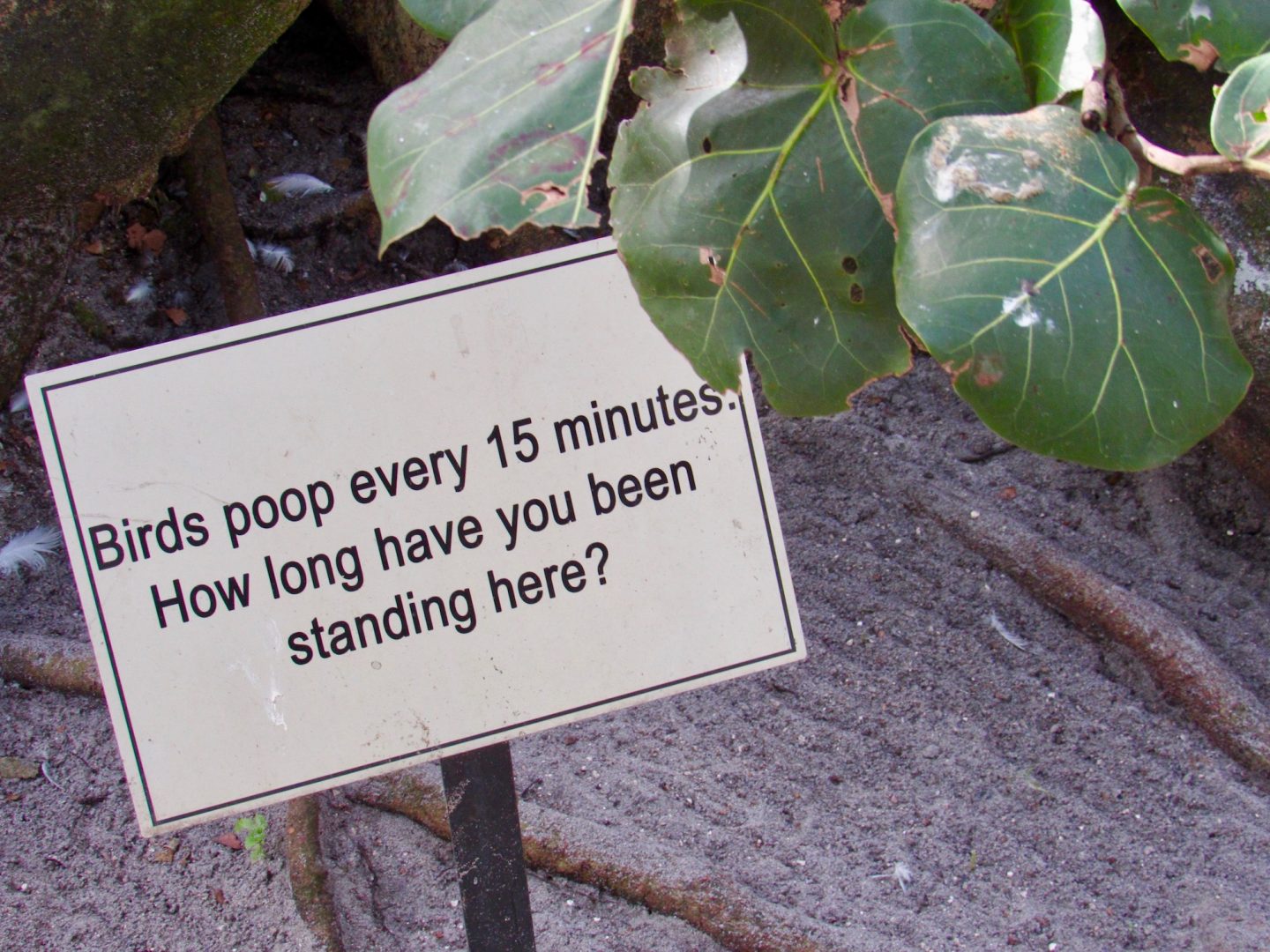 A large collection of water birds

Do not be scared if you see that the water is green, since they do not use treated water, but water from aquifers. This water contains small unicellular algae that are the basis of a food chain that feeds the zooplankton. These small algae cells have a high protein content and contain many types of pigments, such as beta-carotene, which intensify the color of fish and many species of birds, including flamingos and pink spatulas. 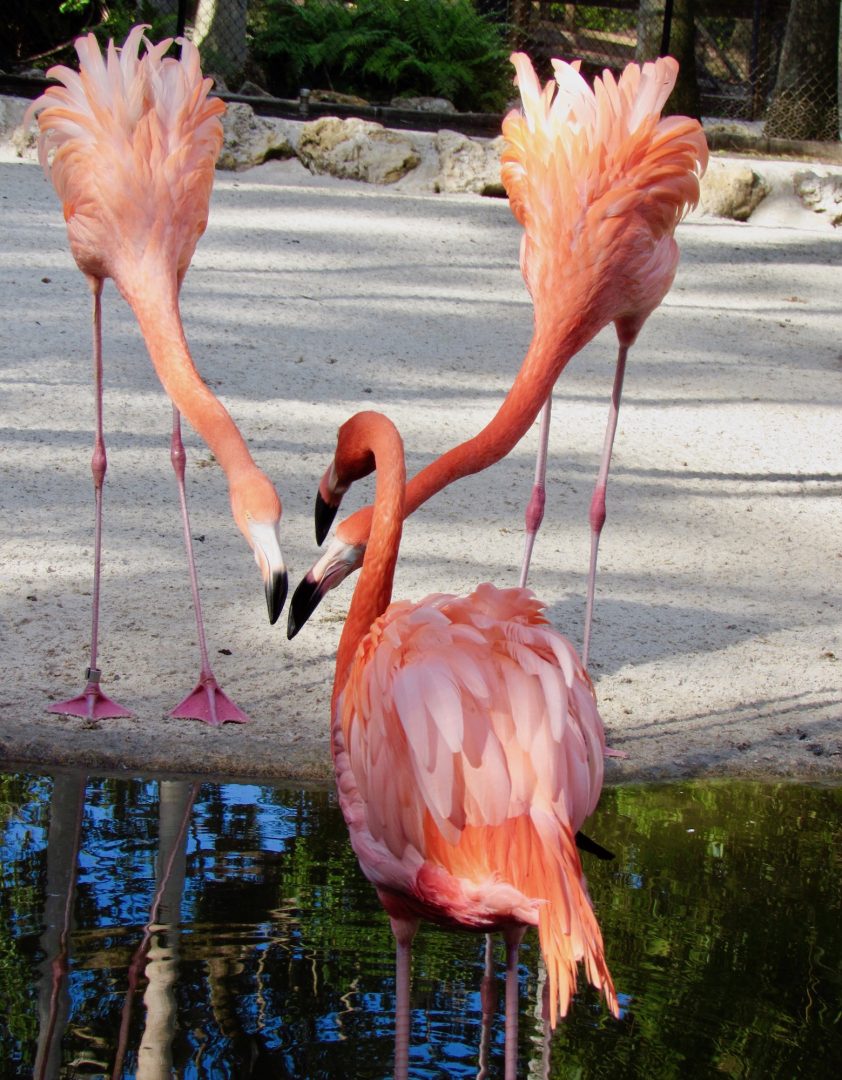 Flamingo Gardens has one of the largest collections of water birds. They are home to more than 250 birds of 45 species native to Florida. Approximately 100 chicks are born per year that are let loose but many decide to stay on site as they feed them. 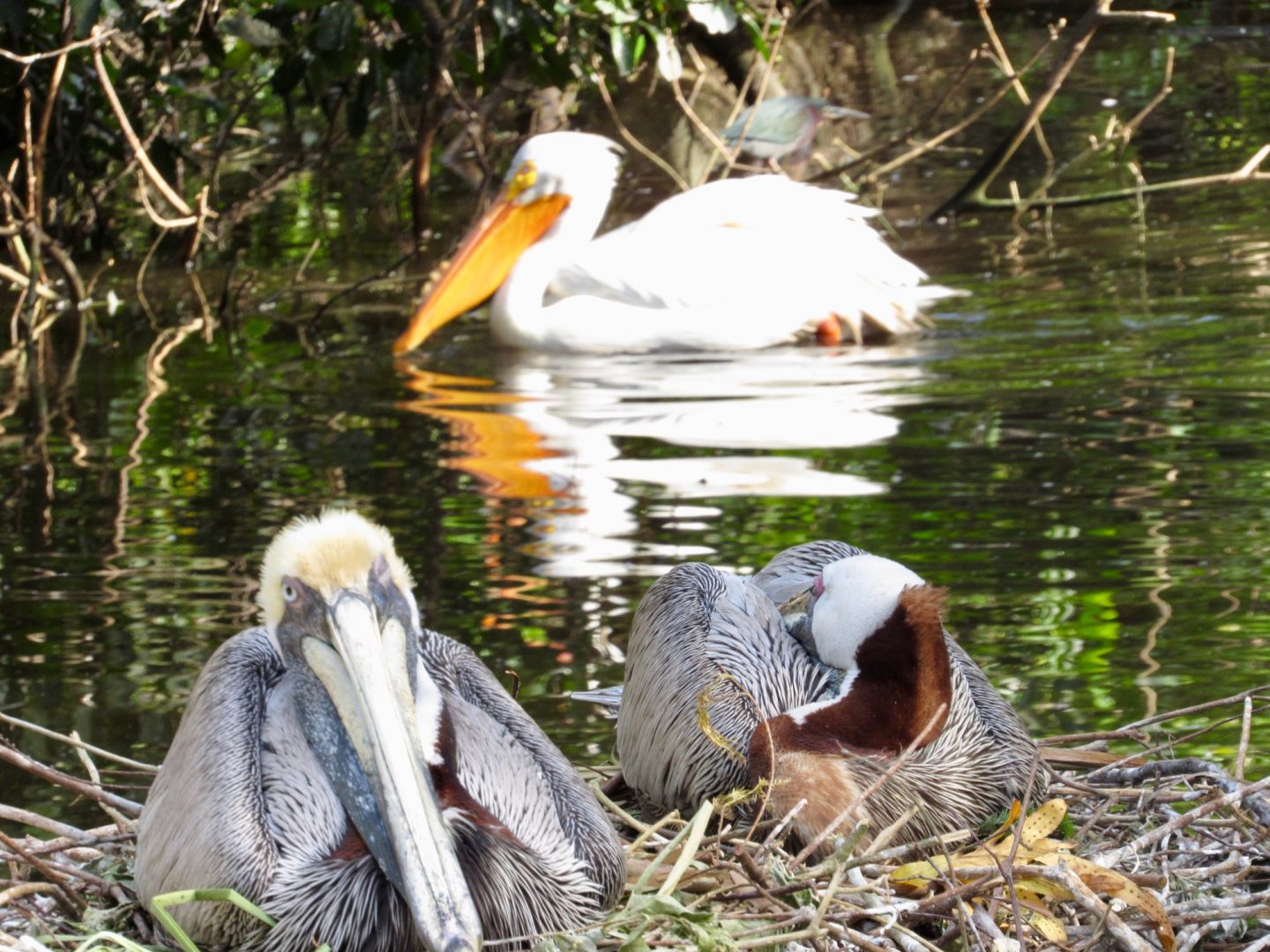 Take 25 cents coins if you want to feed the birds as they sell food on site. They eat straight from your hand. There is a pond with American or Caribbean flamingos that are native to North America. 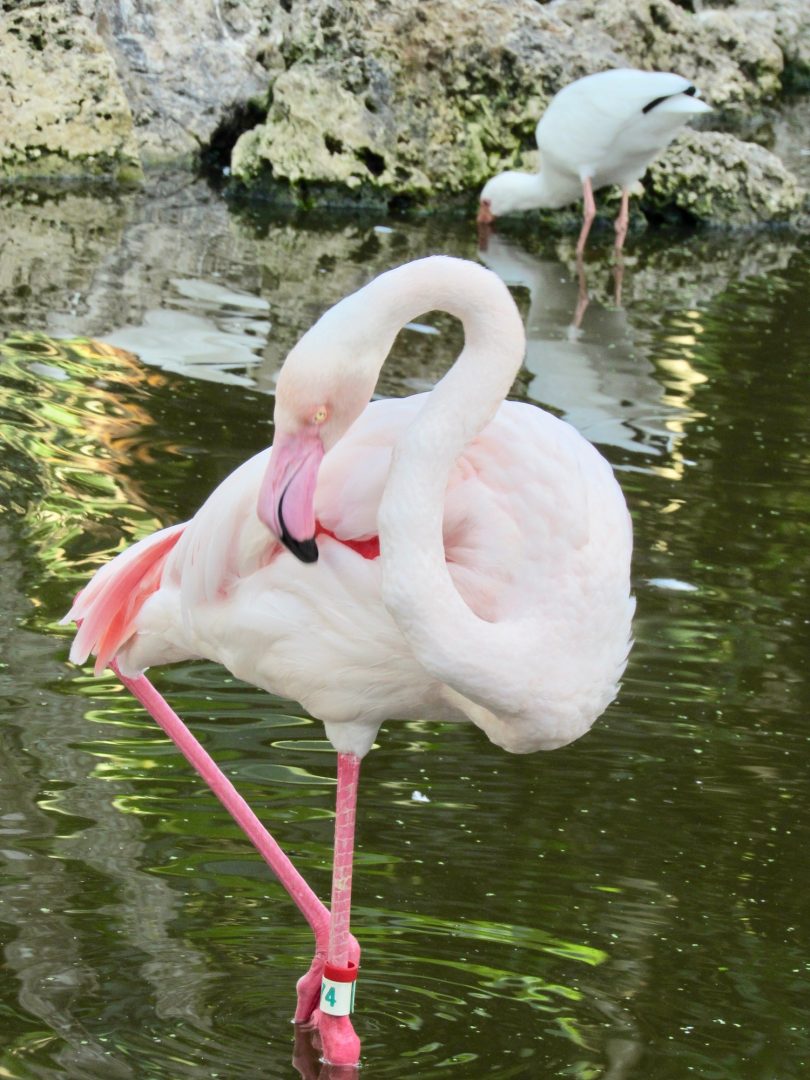 It is the brightest and tallest of all flamingo species, growing to 80-145 cm (31-57 inches). In the wild they live 40 years while in captivity they reach 60. They are social animals, their herds can reach thousands of flamingos. 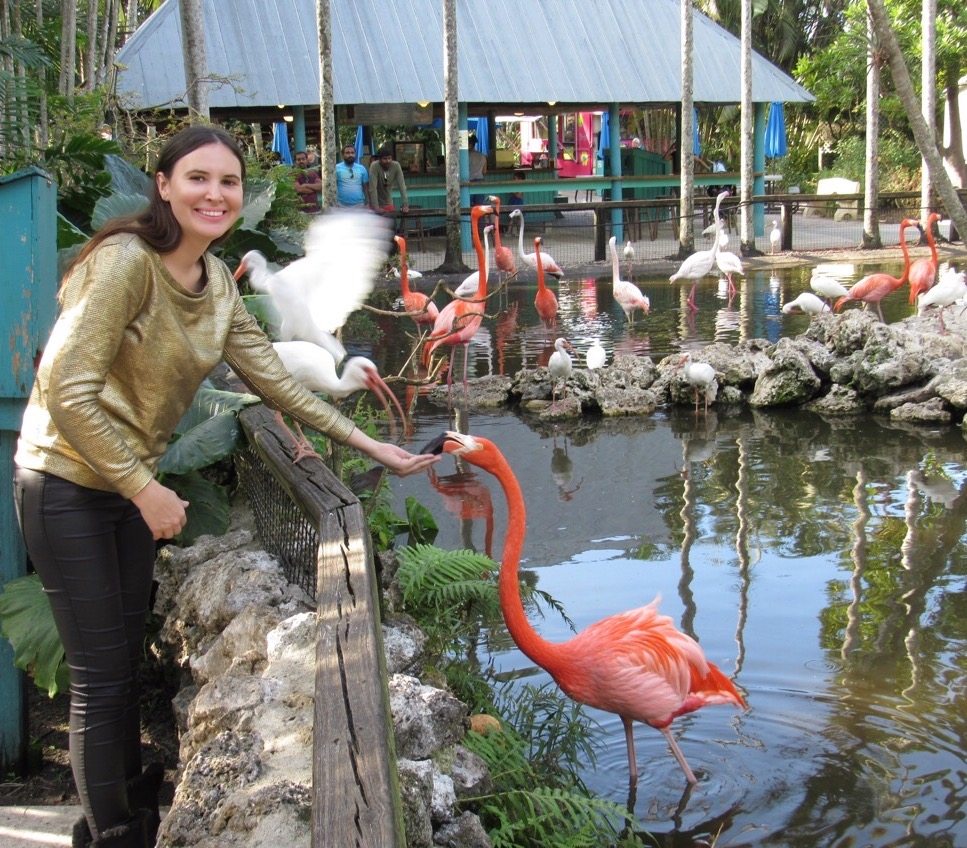 These shows of integration with wildlife are included in the cost of admission. You can see them at 11:30 a.m., 1:30 and 3:30 p.m. in an outdoor amphitheater. There are 24 animals in the program and every day they show three animals. They rotate them so that everyone can be featured every week. There are no tricks, it is only informative. These animals are not part of the release program. 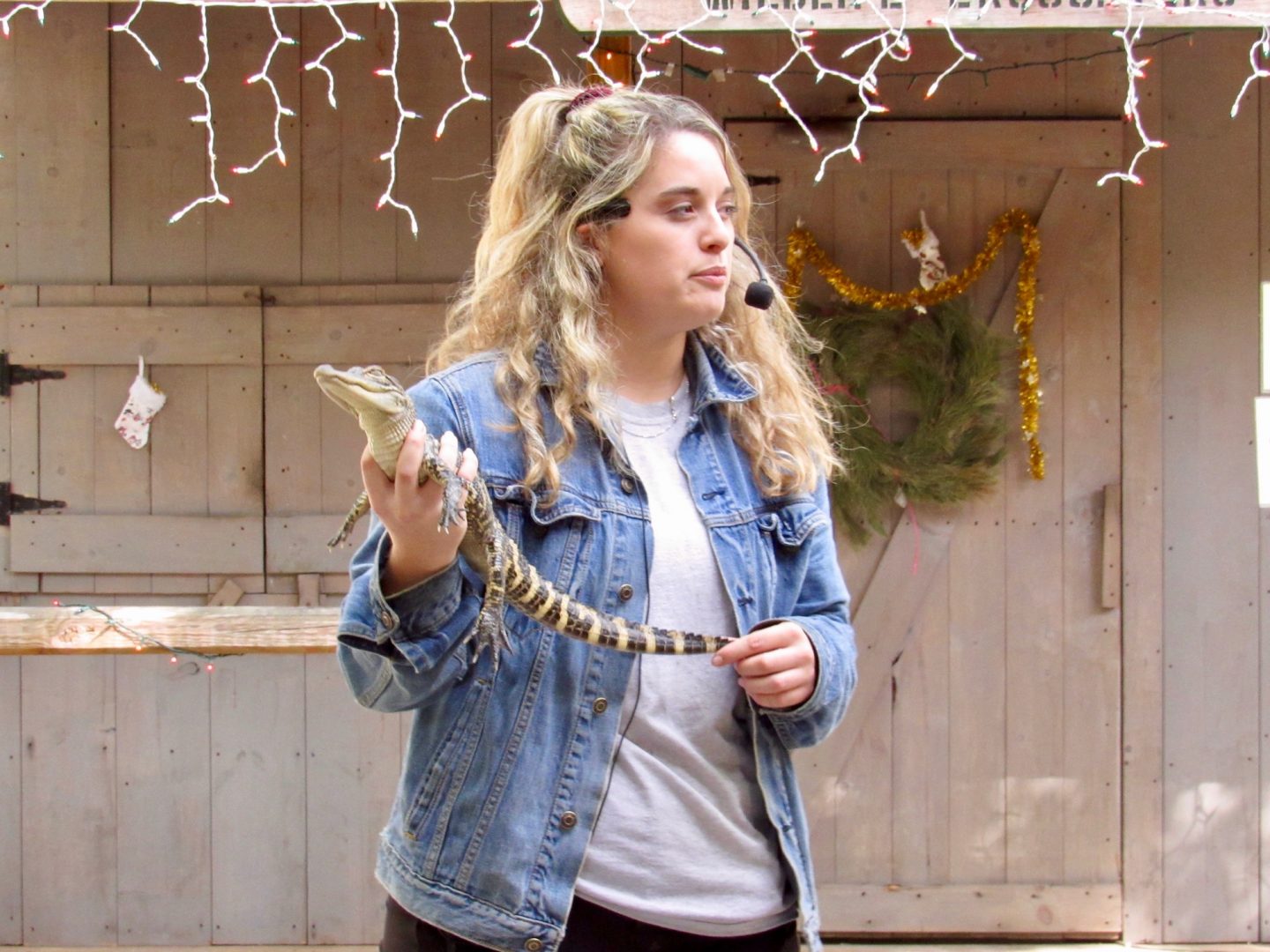 Every day they show 3 animals

The day we went we were first shown to Croc, an alligator baby whose mother’s eggs seems to have been stolen and the government had to confiscate the alligators from a person’s house. These alligators grow one foot per year and are out of danger at six years. They are born with 80 teeth but they change them and they end with more than 3,000! Crocodiles have pointed mouths and are aggressive, while alligators have more round mouths and are defensive.

The second animal was a Virginia opossum. It was fun to see how he ate the grapes that the coach gave him. People think possums are rats and kill them. This one was rescued after her mother was hit by a car. They are marsupials and mothers can get pregnant at 6 months, having a gestation of 13 days. The babies are small and have tails with hooks, they go in the mother’s bag to eat for 3 months and then spend a month more hooked on her back. If they are attacked they enter an induced coma where they appear dead and begin to smell rotten. They are the most primitive mammals and have been on earth for 72 million years. 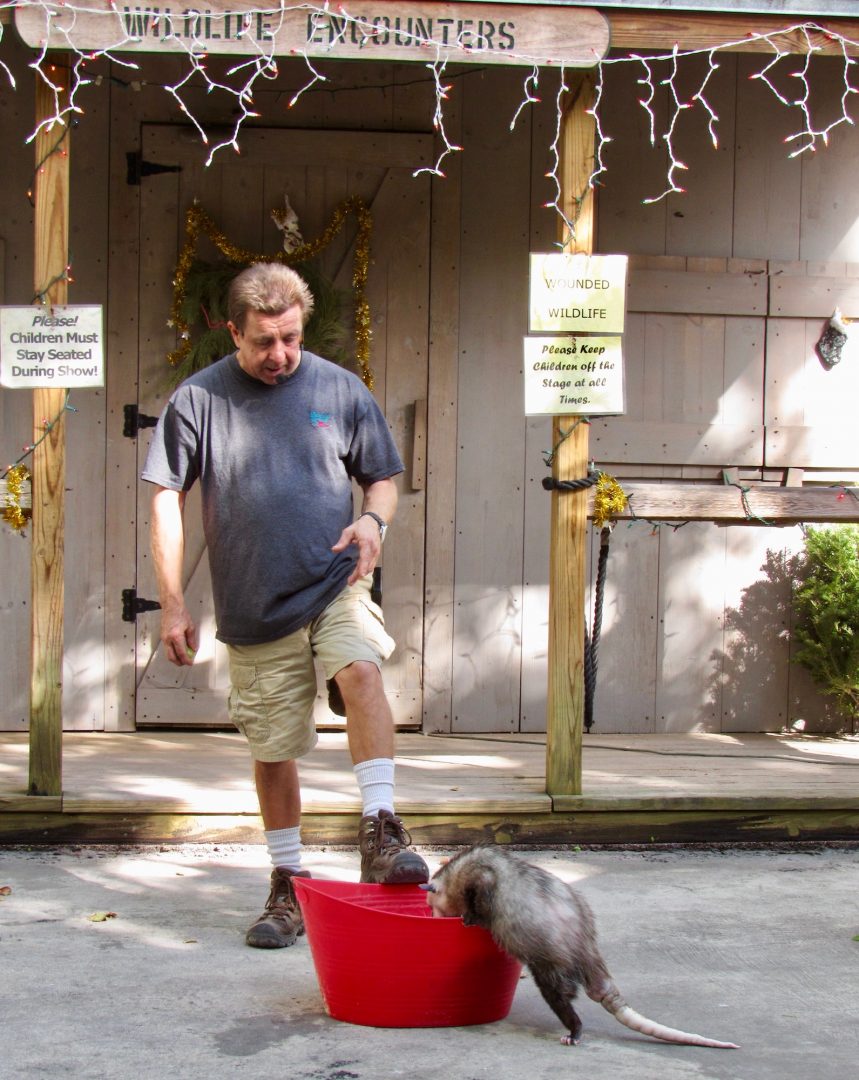 The last animal was an eastern screech owl that hunts at sunset and sunrise. Their claws are very strong and they use them to kill their food. They eat cockroaches, so you have to take care of the owls. They can turn their heads 270 degrees because they have more vertebrae than other animals. Females are bigger because they protect nests while men get food. In nature they can live up to 15 years and in captivity twice.

More than 3,000 tropical and subtropical species exist in the Botanical Garden. Flamingo Gardens has a collection of champion trees that means they are the tallest of their kind in the state. In 1983 the Florida Forest Service certified 21 trees. There are many others who may be the largest of their kind in the United States, but since they are not native they cannot be chosen for certification.

Many of the trees have been lost because they are very old, diseases or damage caused by storms. There are still enough and are easy to recognize because they have plates that say “champion.” The tree with the largest trunk in Florida is the cluster fig that measures 649 inches (54 feet, one inch) in circumference and is 102 feet tall. This tree is native to India and when we went it had beautiful Christmas decorations. 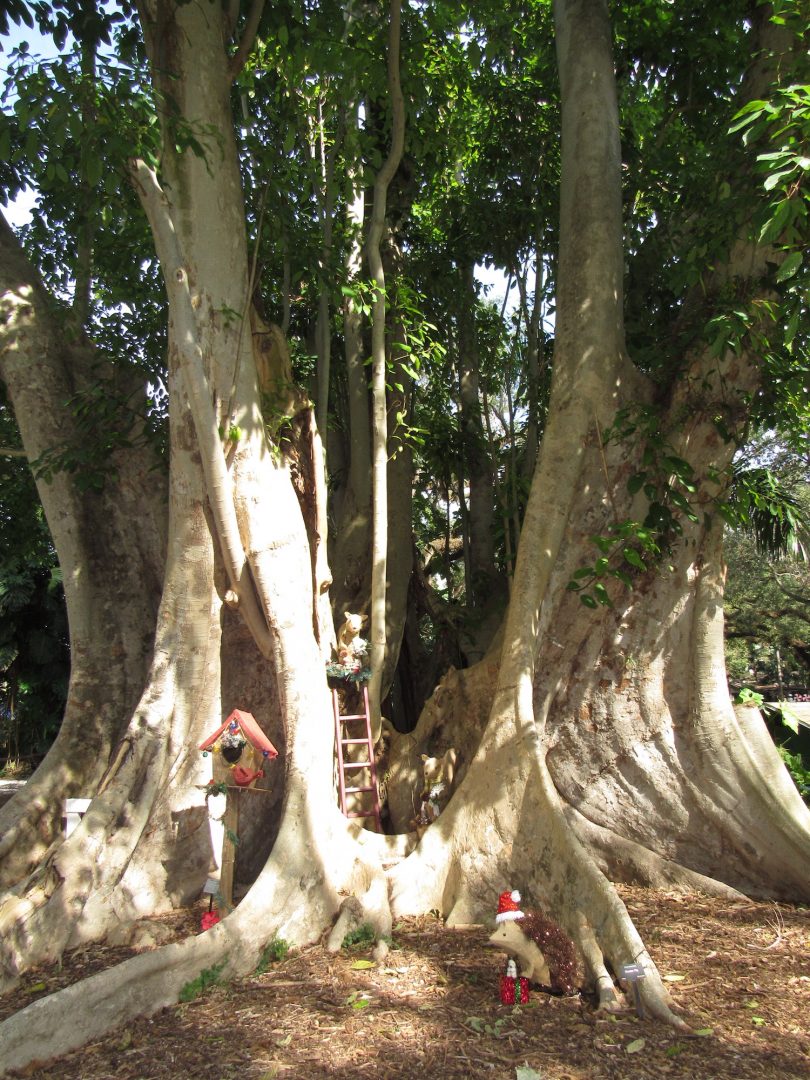 Be sure to pay attention because you can find super curious things like the sausage tree from Mozambique that was blooming when we went. You can take a narrated tour on a tram to see a part of the back that is one of the last natural jungles of Florida, where the Seminole Indians lived. 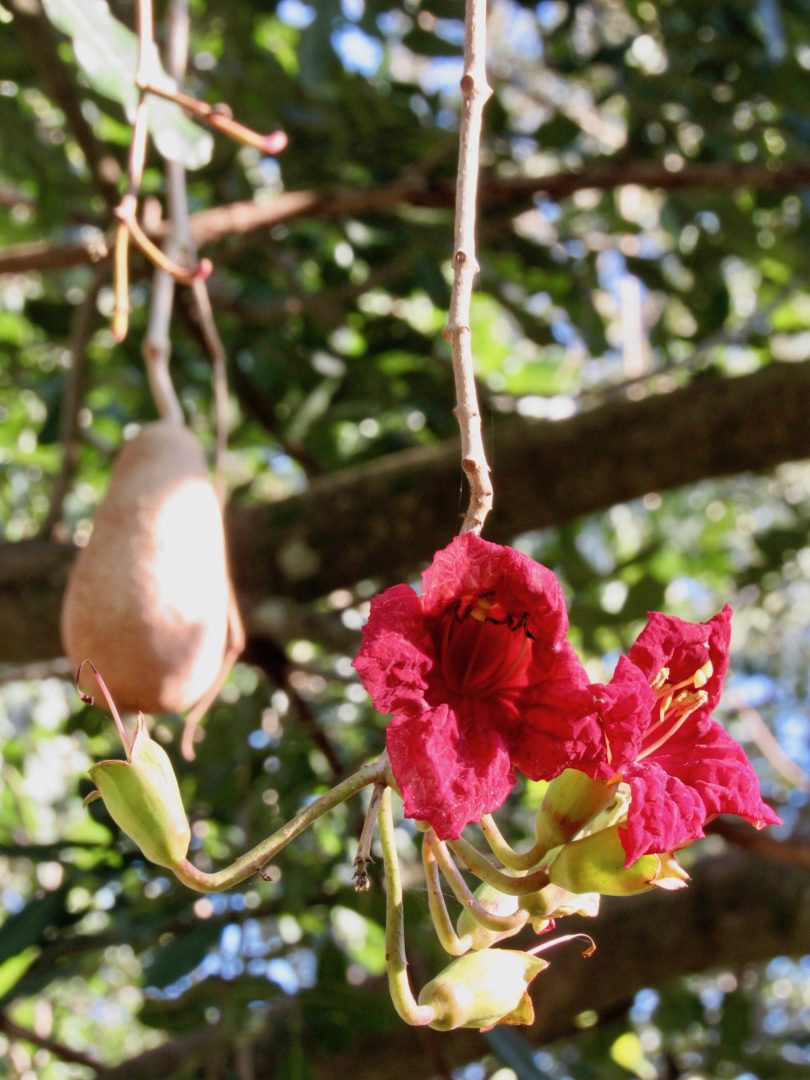 Walk the gardens that have beautiful tropical plants, pond and waterfalls. There is a garden for children to interact with plants and touch them. Lovers of butterflies and hummingbirds can visit a small site by the flamingo lake where there are plants that attract them. 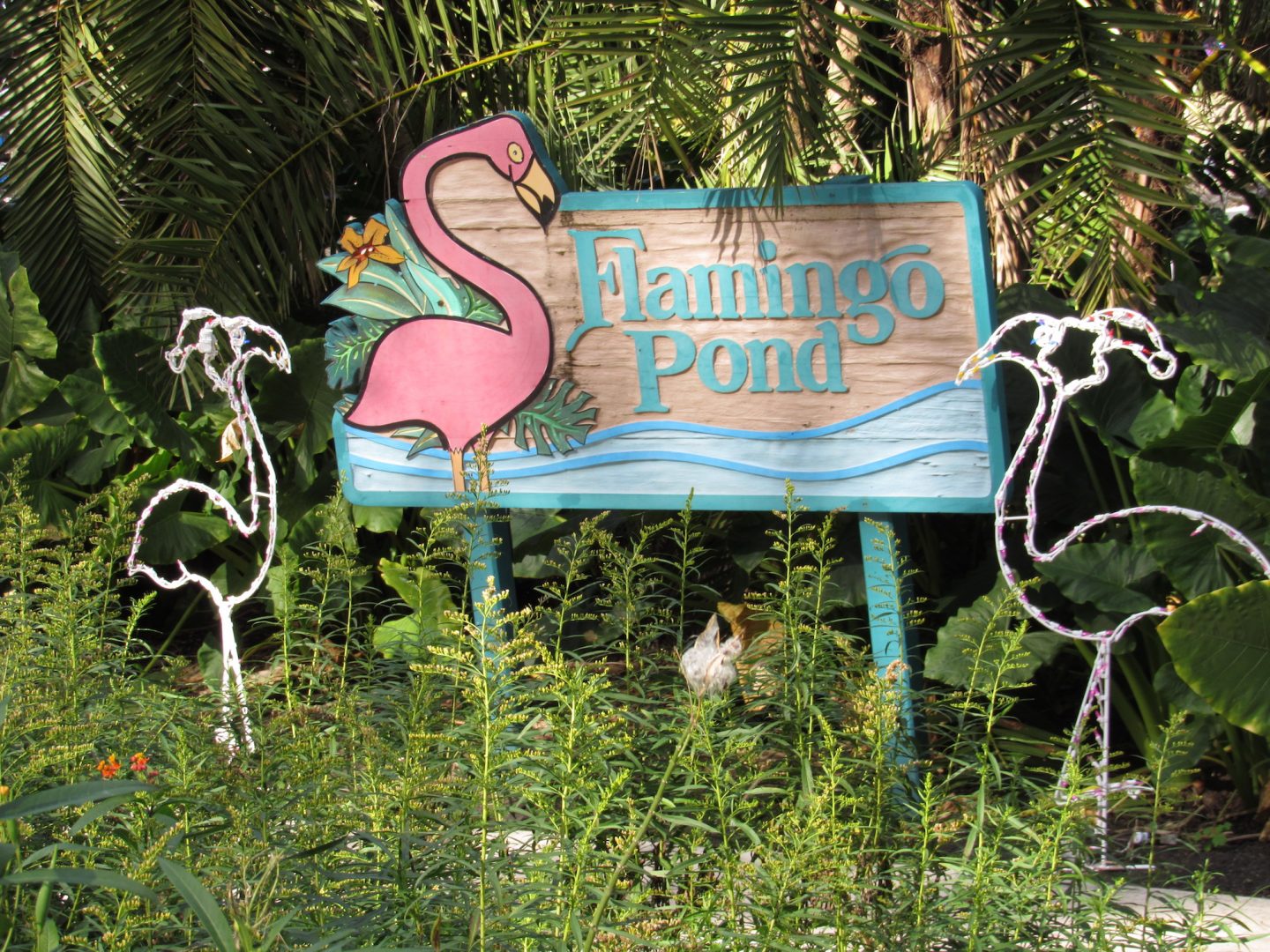