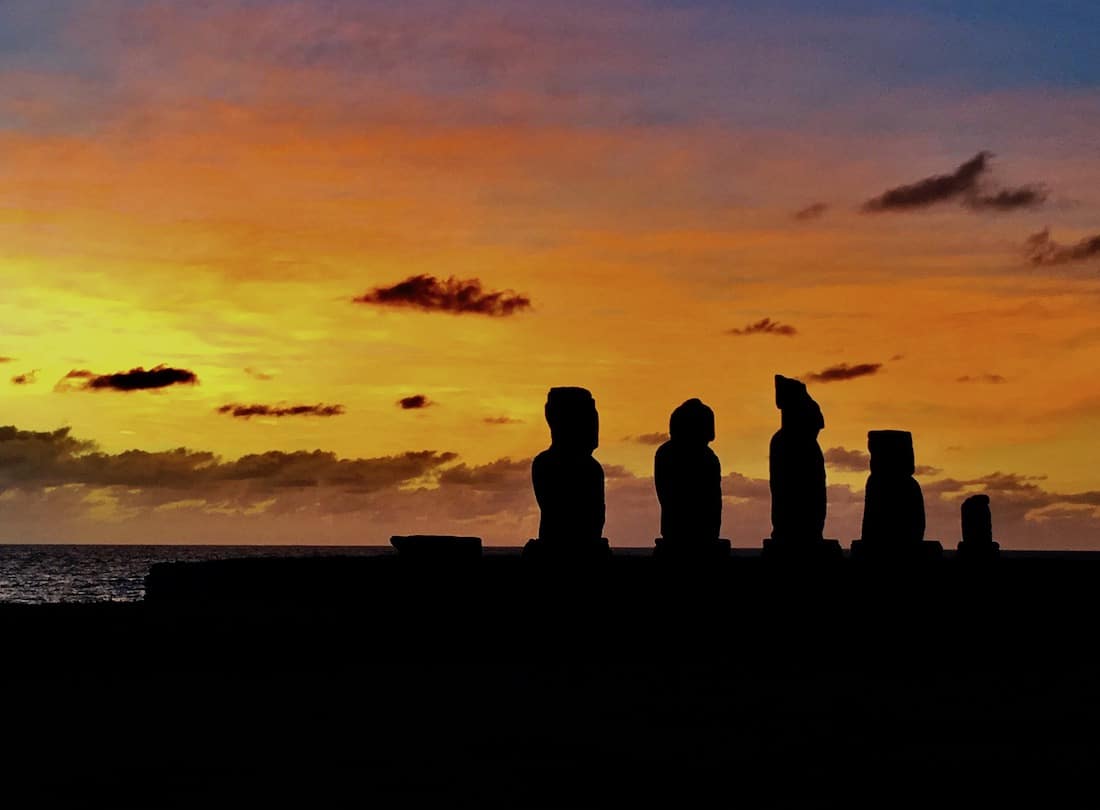 43% of Easter Island is part of the Rapa Nui National Park. In 1935 it was declared a National Historic Landmark of Chile. Then in 1995 it was registered as a UNESCO World Heritage. Therefore, the area has its own international laws that serve to take care of its culture, flora and fauna.

To visit Rapa Nui National Park you must purchase your entrance ticket in Mataveri airport at a stand next to the pharmacy or at the CONAF office. This ticket allows you access to all places for a period of 10 days. Each point in the park has a checkpoint where you must show your ticket. You can visit the sites as many times as you want, with the exception of Rano Raraku and Orongo that can only be entered once. If you do not have your entrance ticket you can be subject to a fine.

The Rapa Nui National Park schedule is from 8 a.m. to 8 p.m. Remember to be a good tourist and walk on authorized trails, take all your waste and not touch or climb on the moai.

Who are the Rapa Nui?

For a while it was believed that the Polynesians, including the inhabitants of Easter Island, had arrived from South America. This was thanks to the adventures of the Norwegian Thor Heyerdahl who made the Kon-Tiki expedition sailing 8,000 kilometers on a craft raft. But then with DNA tests it was proven that it was not the case. They had migrated from Southeast Asia and Papua New Guinea. This population has the Denisovan genome that comes from the Neanderthals that breed with our species, Homo sapiens, in Asian lands.

There are many theories about the exact date of arrival of the inhabitants but the most accepted is during the 10th century. The population continued to grow until there was a crisis over the exploitation of resources on the island between the 16th and 18th centuries.

When Europeans arrived in 1722 there were 14,000 Rapa Nui. At the end of the 19th century there were only 111 natives left. Easter Island is part of Chile since 1888. It is part of the Valparaiso region since 1966 when the Rapa Nui were finally given Chilean citizenship. That same year a law was established that states that the properties of the island cannot belong to foreign individuals, including Chileans themselves.

All places to visit in the Rapa Nui National Park are related to the famous statues. These gigantic statues of giant stones are called Moai Aringa Ora which means “the living face of our ancestors” in Rapa Nui. We simply call them Moai. They were built to preserve an energy called “mana” that came from the dead. In this way they protected the tribe and controlled the crops. The Moai’s function was to channel the energy and attract it to the earth.

In other parts of Polynesia (Marquesas and, Tahiti Islands) similar structures have been found that reflect the exchange of the area. The moais were carved directly on the rocks of the Rano Raraku volcano and then moved to their ceremonial platforms “ahu” or buried. On Easter Island there are about 900 moai but most (about 400) are in Rano Raraku.

What to see in the Rapa Nui National Park?

You can see some moai near the town of Hanga Roa including Ahu Ko Te Riku, which is the only one with white eyes in all of Easter Island. These eyes were made with white coral and pupils of obsidian volcanic rock. An original eye was found in 1978 that you can see in the Anthropological Museum of the island. In addition, it has a red cap on its head made of red slag, a volcanic stone that is taken from the Puna Pao volcano. Ahu Ko Te Riku was restored in the 20th century. That was how all the moai were in the times before, protecting the islanders with the energy of the ancestors.

It is advisable to visit this place at sunset.

The largest monument in all of Polynesia is Ahu Tongariki with an altar that is 100 meters long. On it rest 15 moais standing on a stone base with their backs to the ocean. Each one is different from the other and there is one that still has the red cap. Nearby there are seven red caps that look as if they had fallen. There are other moai on the floor that proves that Ahu Tongariki may have had even more moai.

A lying moai has no eyes because they were put when he was raised on an ahu. Another moai is known as the traveling moai since it was taken to Japan in 1982 as part of an exhibition on the culture of Polynesia. It turns its back on the rest of the moai mounted on the platform. It was also used by a Czech engineer named Pavel Pavel to test his theories about the movement of these moai. His experiments worked and now more is known about how they were moved.

If you go between December 21 to March 21 you can see the sun rising behind Ahu Tongariki. It is a good place to watch the sunrise in the Rapa Nui National Park.

Orongo was a Rapa Nui village located on Rano Kau volcano that had 54 houses lined up. All had sea views and are divided into three groups. Each house has basalt walls, a volcanic rock, in the form of slabs one on top of the other, just like the roof. The roofs were covered with earth and are currently green as the grass grew on them maintaining the temperatures inside. These ceilings are very low, you can enter through the main door but you must bend down to avoid hitting your head.

The houses of the Rapa Nui originally had a boat shape, but the strong winds of the town of Orongo forced to change the way of building. Inside the houses, cave paintings have been found in red, blue, white and black colors. Most of the drawings were related to the Birdman. You can climb the Re Ara or Te Ao trail, which takes you to the giant crater of the Rano Kau volcano where you will see a beautiful lagoon with vegetation between the cobalt waters. This same path was used by the Rapa Nui when they were competing with the Birdman which was a physical test to choose the new ruler.

Although the road is steep it can be traveled without problems. The best time to visit it is at sunset since the sun illuminates the houses and the petroglyphs. Orongo has about 1,700 petroglyphs being the area with more native art in the Rapa Nui National Park. In this area there are no moais, since the famous moai Hoa Hakanani´a was unearthed by the English in 1868 and taken to the British Museum in London. Chile is processing obtaining the expatriation of the giant moai.

20 kilometers northeast of Hanga Roa is Rano Raraku which is also known as the quarry. In this site the famous moais were made which can be seen in greater quantity. The landscape is very beautiful because it has a contrast between green grass and rocks. Rano Raraku is a volcano with a height of 160 meters. You can go up to see its crater that has a freshwater lagoon inside.

The moais were carved from the Toba Lapilli stone that was formed from the accumulation of volcanic ash. When you visit you will be able to see moai that were never finished, apart from gaps in the volcano wall where the moai were taken out. A path takes you along the sea where you can see hundreds of moai in Rano Raraku. Many are buried and you can only see their heads, unlike other parts of the island where they are full-bodied.

In Rano Raraku you can see Tai Hare Atua which is considered the first moai because of its primitive design. Moai Hinariru is known as the crooked neck moai that is commonly shown in publications. Another moai that you should look for at the entrance is Piro Piro which has a huge and pointed nose. It measures almost 11 meters, being the largest on the island, although most of its body is buried. There is another 22-meter moai that is even bigger but was never taken from the stone. If you need help finding these moai you can consult with the workers.

When you visit the Rapa Nui National Park make sure you respect all the rules to be able to appreciate this legacy of an ancestral culture. 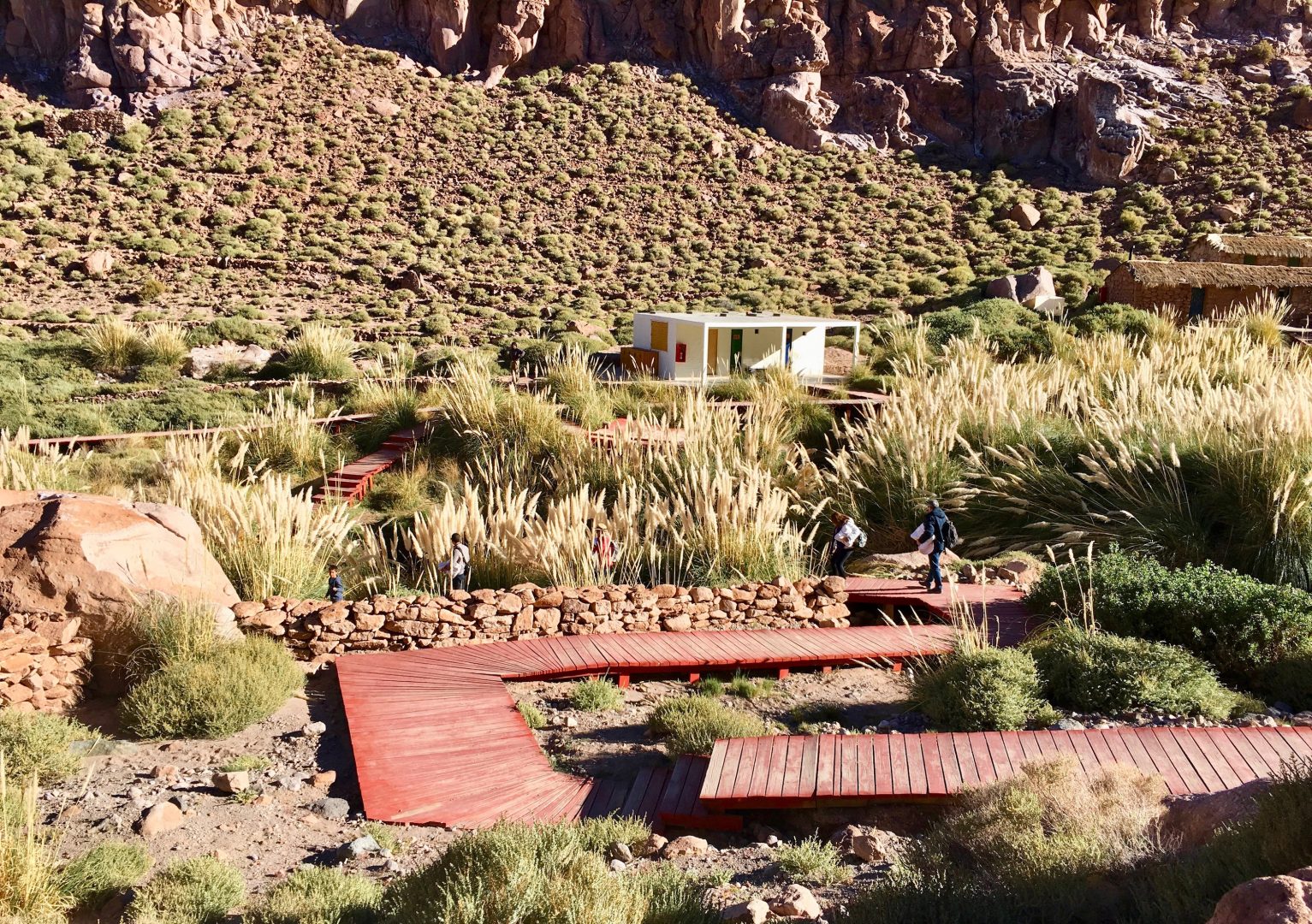 Have a few Glasses of Wine at Santa Rita Winery