When you visit Rome and enter Vatican City you are going to another country probably without realizing it. You do not need your passport, they only check you when you enter certain places. With a territory of 44 hectares, Vatican City is the smallest country in the world with a population of just 800 inhabitants. To receive the nationality you simply have to work in this country, but when you finish your contract, you will lose it.

In 756 the history of the Papal States begins. They got their independence from Italy in 1929 when they signed the Lateran Pacts. This country is where the Holy See of the Catholic Church is located. In 1984, UNESCO designated the architectural and historical-artistic ensemble of the Vatican City as a World Heritage Site.

The Vatican is the only country in the world where there is no voting to elect government offices. The College of Cardinals is the one who chooses the pontiff who is head of the church and the state, therefore it is a theocracy. Their official language is Latin, but they speak mainly Italian. Security is provided by the Swiss Guard which is composed of 100 men dressed in colorful striped suits that remind you a bit of the buffoons of the medieval courts.

Today, the Vatican City is a tourist destination that annually receives about 18 million tourists and pilgrims. Wednesdays are the busiest day since the Pope has a Papal blessing in St. Peter’s Square. Admission is free but it is limited so people arrive very early and wait in long lines to get their positions. There are companies that get tickets and secure seats at a cost. If you want to have this experience check the dates first on the Internet since it is not done every Wednesday of the year.

It is advisable to organize your trip in advance since many of the most interesting activities require reservations and spaces are very limited. I would have liked to go to the Vatican Gardens that were created in 1279 by Pope Nicholas III who moved his residence to this place. They cover 23 hectares (almost half of the country) with beautiful trees, flowers, ponds, fountains and trails. To make the reservation you have to send a fax at least two weeks before and visits are not every day.

Another site that needs previous reservations is the underworld of Vatican City where the tomb of Saint Peter is located, below the Basilica. To visit the necropolis, you must book well in advance, since they only allow 200 people a day.

To visit the Vatican Museums you must be prepared to wait a long line or pay a company that already has tickets to skip the line. Luckily I had contacted the museum office and they had arranged a quick access. It is possible to spend a full day visiting the museums.

The museums were founded by Pope Julius II in 1506. They have more than 70,000 works but only 20,000 are exhibited. It is one of the largest museums in the world and is the fourth most visited art museum. Many people visit it only to see the Sistine Chapel, where the conclave is made to choose the new Pope. A team of painters from the Renaissance era dedicated themselves to painting frescoes on the ceilings, the most famous being Michelangelo.

Since the Sistine Chapel can not be photographed, the Bramante stairs designed by Giuseppe Momo in 1932 are probably the most photographed place in museums. 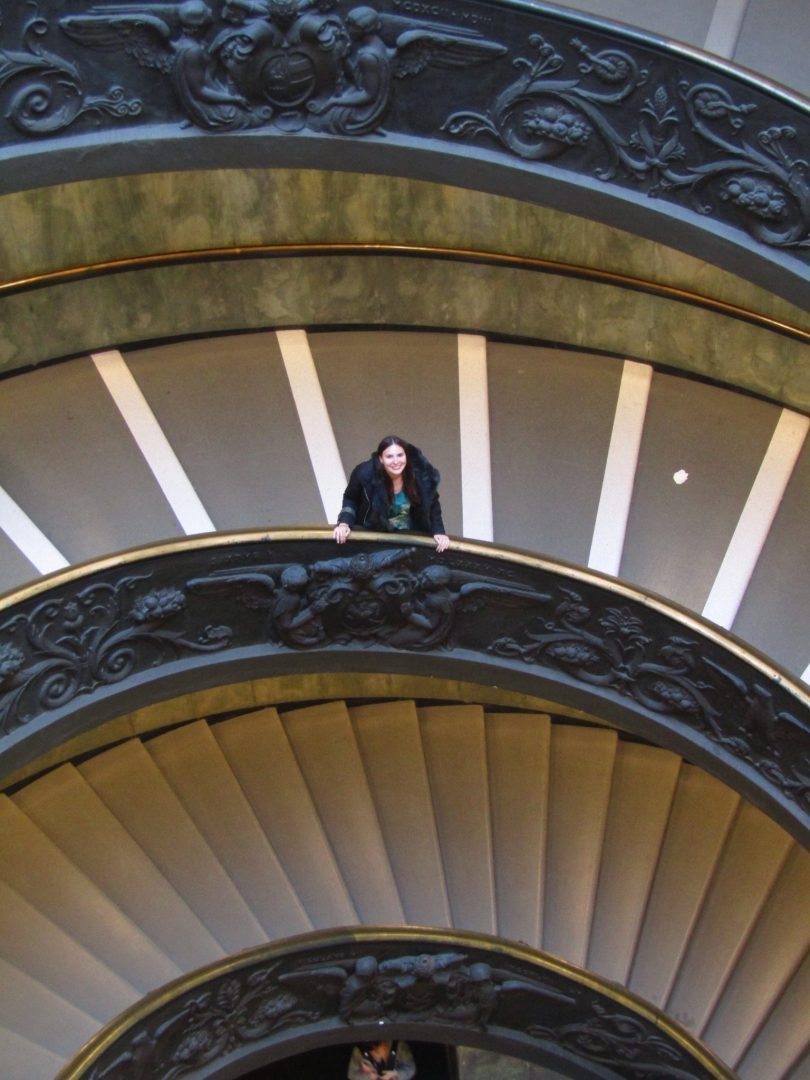 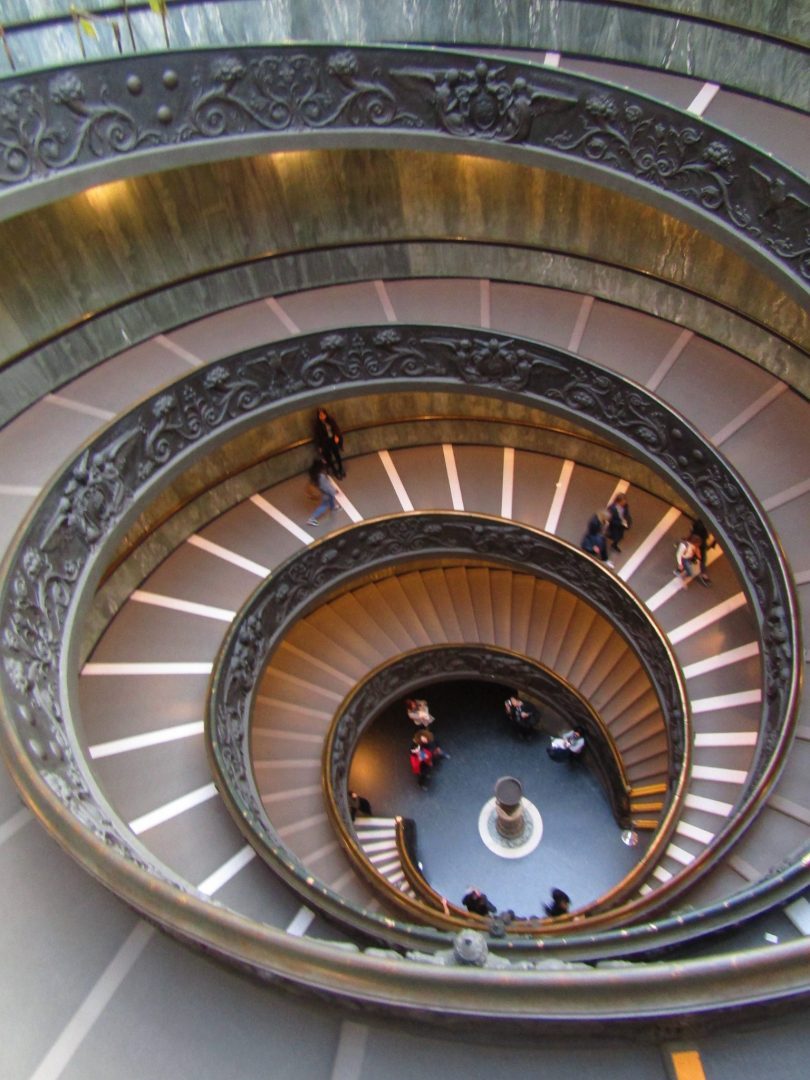 It is worth dedicating time to the museum as it has many interesting collections. My Instagram friends thought I was in Egypt when I uploaded photos. The collection of the Gregorian Egizano museum that has papyri, mummies and reproductions of the Book of the Dead.

There is a gallery of maps, where you can see how the world was believed to have been many years ago. Another collection of Roman sarcophagi and statues can be seen in the Chiaramonti Museum. There are religious art doubts that include famous artists such as Vincent van Gogh, Paul Gauguin, Marc Chagall, Paul Klee, Salvador Dalí, and Pablo Picasso.

Since June 1, 1929, The Vatican is a member of the Universal Postal Union. One of the most curious things you can do inside the museum is to buy a postcard and send it by mail.

We wrote a letter to our grandmother and it arrived a little over a month later. Vatican City has its own stamps to sell.

The Plaza and Basilica of Saint Peter

Probably the most representative photo of the Vatican is taken from the dome of the Basilica of St. Peter looking at the square. We could not climb as it was not summer yet and we arrived just when the entrance was closing. The Plaza and Basilica of San Pedro are so large that between them they cover 20% of the territory of the country.

In the 15th century, Pope Nicolás V asked Bernardo Rosellino in 1452 to start the Basilica of San Pedro. Then he died and it was not until 1626 that the works were completed after Pope Paul V sold indulgences. This basilica is the most important religious temple of Catholicism.

The square was designed by Lorenzo Bernini on the initiative of Pope Alexander VII so that the greatest number of people could see the Pope giving his blessing. In its center there are two fountains and a monumental obelisk of 25 meters high with a weight of 327 tons.

The obelisk dates from the year 30 a.c. and he was brought to Rome from Egypt to place him in a circus. In 1586, Pope Sixtus V placed it in front of the basilica to commemorate the death of Saint Peter. He died crucified with him in the Circus of Nero. Saint Peter was a disciple of Jesus who is considered by the Catholic Church as its first Pope.

View all posts by Ursula
Booking.com