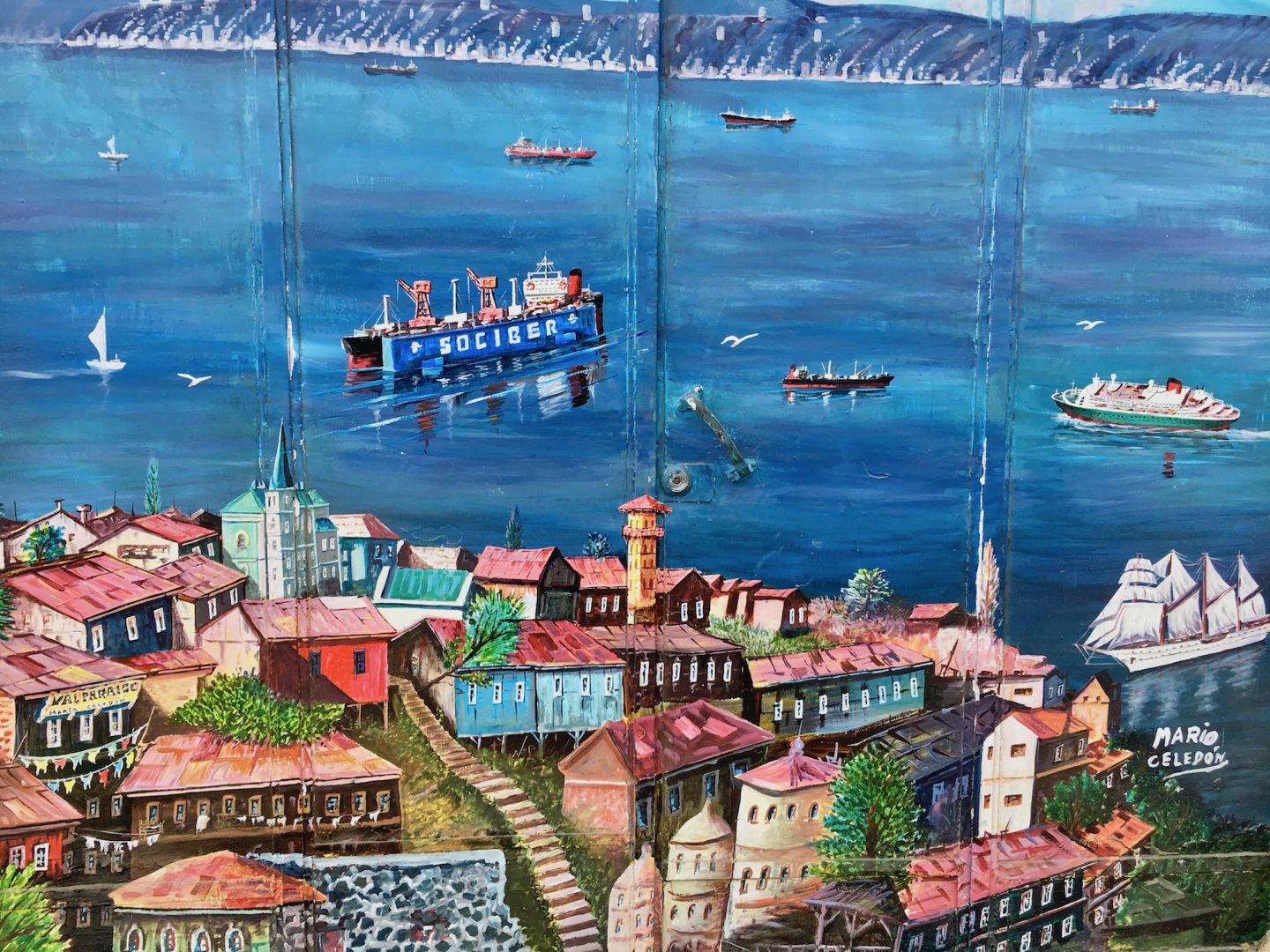 Valparaiso or Valpo as Chileans call it, is one of those cities that you hate or love. I loved it, but my mom and my sister didn’t like it. It once was a beautiful city, but has fallen into disrepair. If you can see beyond, you can discover a bohemian city facing the sea that is ideal for walking (with caution because not all sites are safe) and discover thousands of curiosities.

The architecture is impressive, it has a lot of Victorian influence brought by the British. One of the buildings that I took picture of was the Mercury of Valparaiso. This newspaper began on September 12, 1827. It continues to operate and is the oldest newspaper in Chile and in the world uninterrupted in the Spanish language. 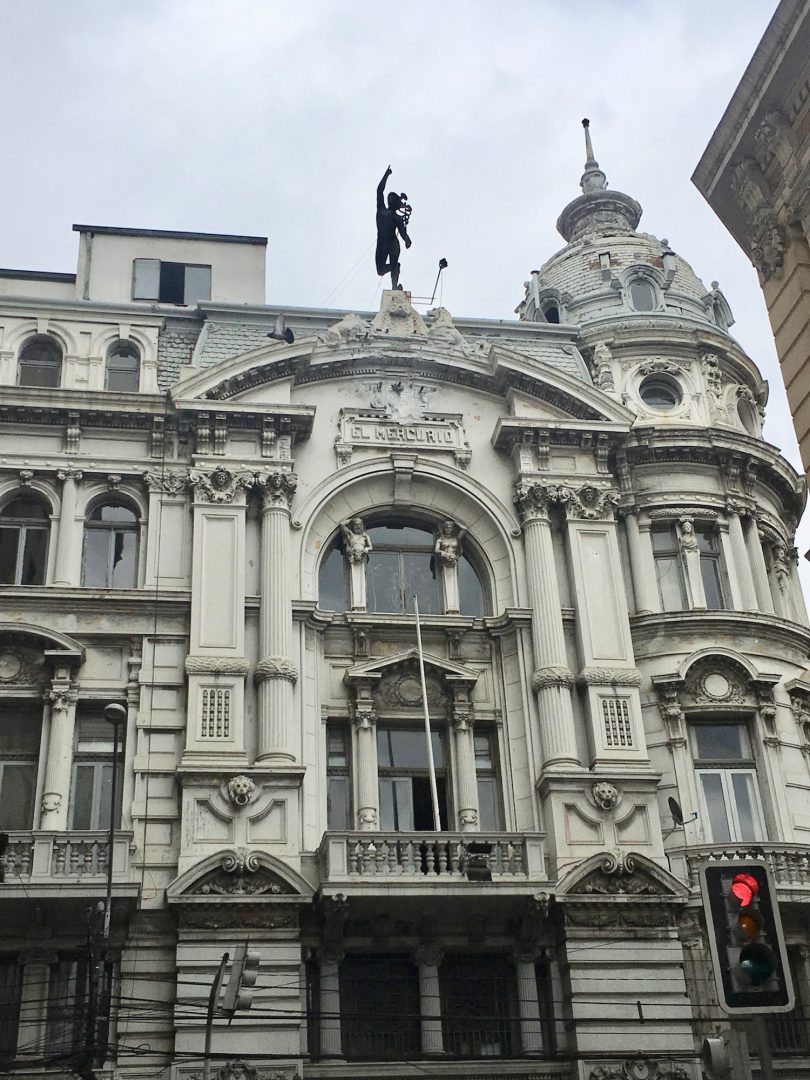 Valparaiso was included in the UNESCO World Heritage List in 2003. This designation is due to its architectural wealth and was the third Chilean site included, after the Rapa Nui National Park and the Chiloé churches.

Valparaiso goes from being an important port center to abandonment

It is currently the third largest city in Chile, after Santiago and Concepcion. The oldest stock exchange in Latin America, the first volunteer fire department of the continent and the first public library in Chile was established here.

It was always a fishing village since the changos lived in the area before the arrival of the Spaniards. Valparaiso was designated as a port by the Spanish in 1544, but it remained a small town until after the independence of Chile. That is why it does not have colonial infrastructure unlike other places in Chile.

After the independence Valparaiso began to be a world trade center. Many European and American emigrants came. The era of glory lasted until 1914 when the Panama Canal opened which caused a decrease in port activity. It was easier to use this route than to go through the Strait of Magellan.

La Sebastiana was the house of Pablo Neruda in Valparaiso

Our first stop in Valparaiso was Pablo Neruda’s house called La Sebastiana. This is one of the three houses of his, together with La Chascona in Santiago and the Casa de la Isla Negra, also in the Valparaiso region. The three are currently museums that can be visited by tourists. 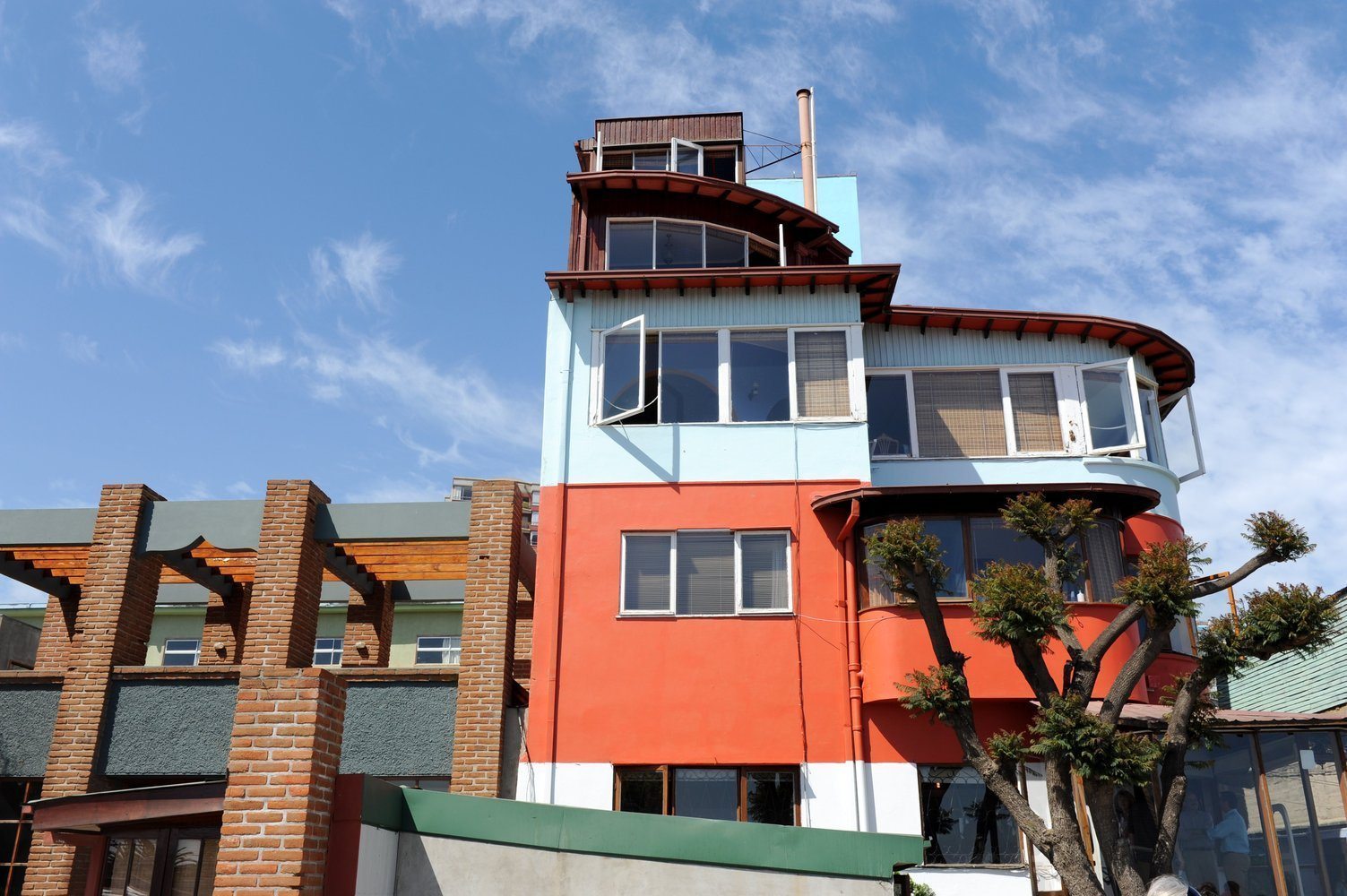 Pablo Neruda was a Chilean poet and politician. When he was only 10 years old he began writing poetry. He received the Nobel Prize for Literature in 1971 and an honorary doctorate from the University of Oxford. Also, he was a senator, political activist as part of the Communist Party, candidate for the presidency of Chile and ambassador to France. He married three times, the third time with his lover during the second marriage. The remains of her, Matilde Urrutia and Pablo Neruda are in the Casa de la Isla Negra. He died at 69 in 1973.

La Sebastiana is located on Cerro Florida and has a magnificent view of the harbor bay. The house is named after its original owner: the Spanish builder Sebastian Collado. He could not finish his house since he died and the family ended up selling it to Neruda. The poet was looking for a house in Valparaiso “that seemed to float in the air, but that was well settled on earth” and this fulfilled his wishes.

A museum full of curiosities and history

He said the house was too large for him and sold the patio and the first two floors to the sculptor Marie Martner and her husband, Dr. Francisco Velasco. He kept the third floor that was the dining room / living room / bar and the fourth floor for the bedrooms, in addition to the tower. 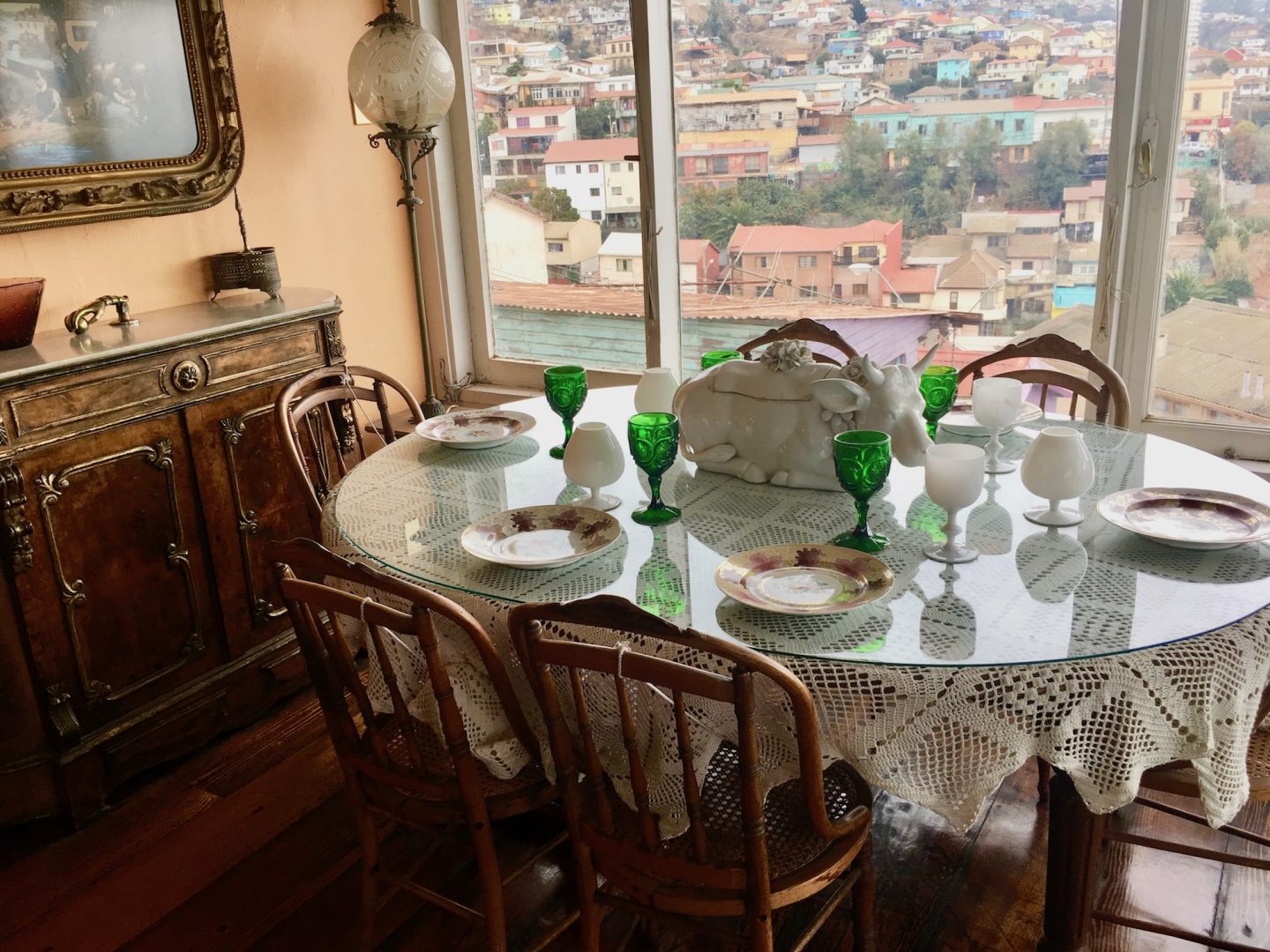 He dies in the same year as Chile’s military coup and the house is looted. In 1991, Telefónica de España invests in restoring the house and it becomes a museum.

Visiting the house is finding thousands of curiosities. Some windows were made as ship skylights. There are old maps, paintings and even a horse that looks like a carousel in the room. I loved the bar, which has a bell, lots of glasses, ornaments on the wall and even signs in French. 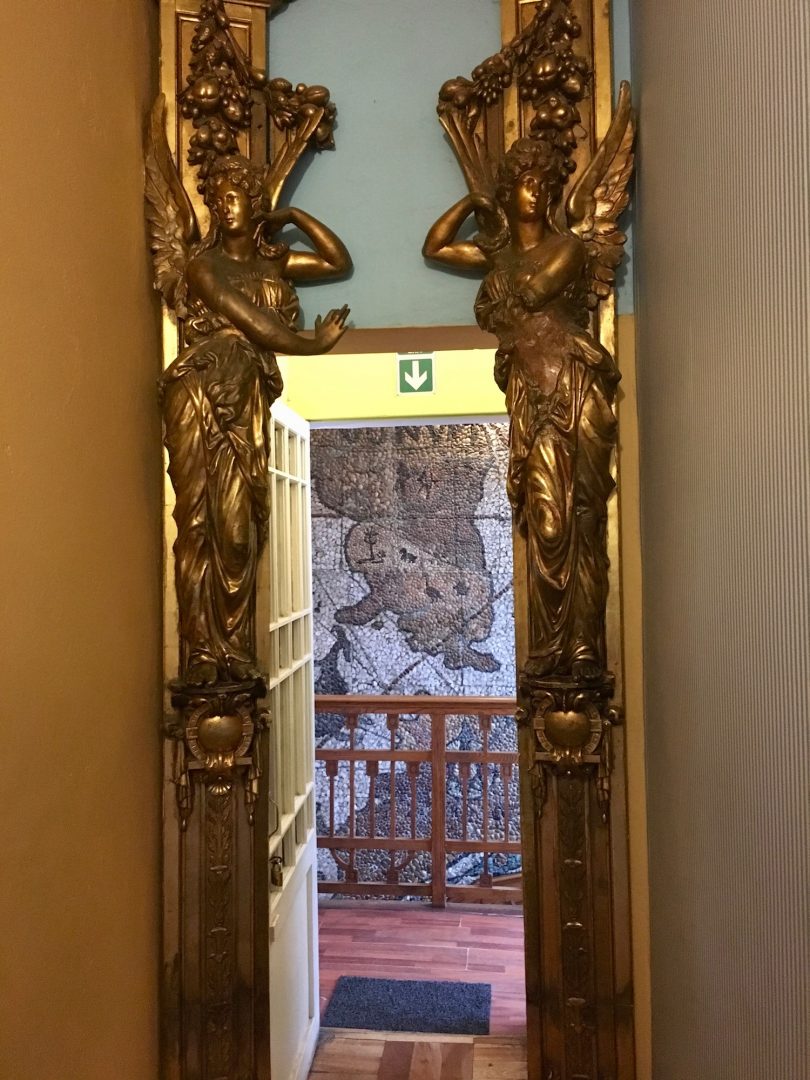 There is an audio guide system in several languages to listen to Pablo Neruda’s story. You can visit the museum every day, except on Mondays and the entrance is in order of arrival. If you go in high season you might have to wait a bit and it is better to go early. Inside the house they don’t allow taking pictures, but I was able to take a couple when nobody was watching. 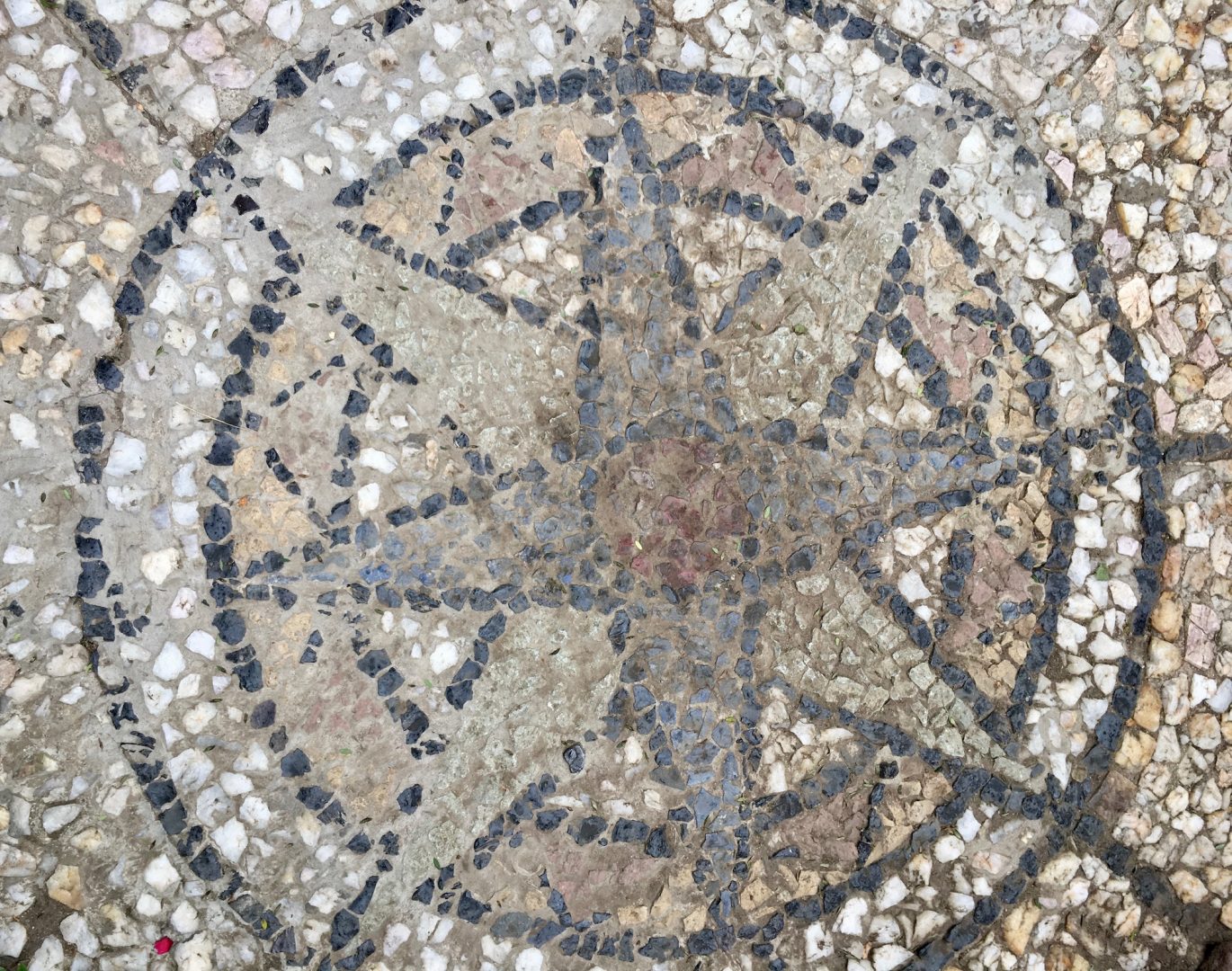 The best area of Valparaiso is Cerro Concepcion

You can climb Cerro Concepcion in one of the historic elevators. Valparaiso has 43 hills, which many were inaccessible by public transport. Funicular elevators connect to the upper part of the city and have become touristy. Today only about 30 work, including that of Cerro Concepcion, which was the first one built in 1883.

Previously on Cerro Concepcion there was a fort built by the Spaniards in 1678 and it was located in the area by the Brighton Hotel in the Paseo Atkinson. This was done to protect the city from pirates like Francis Drake and Richard Hawkins who attacked the city. The best restaurants are in this area. 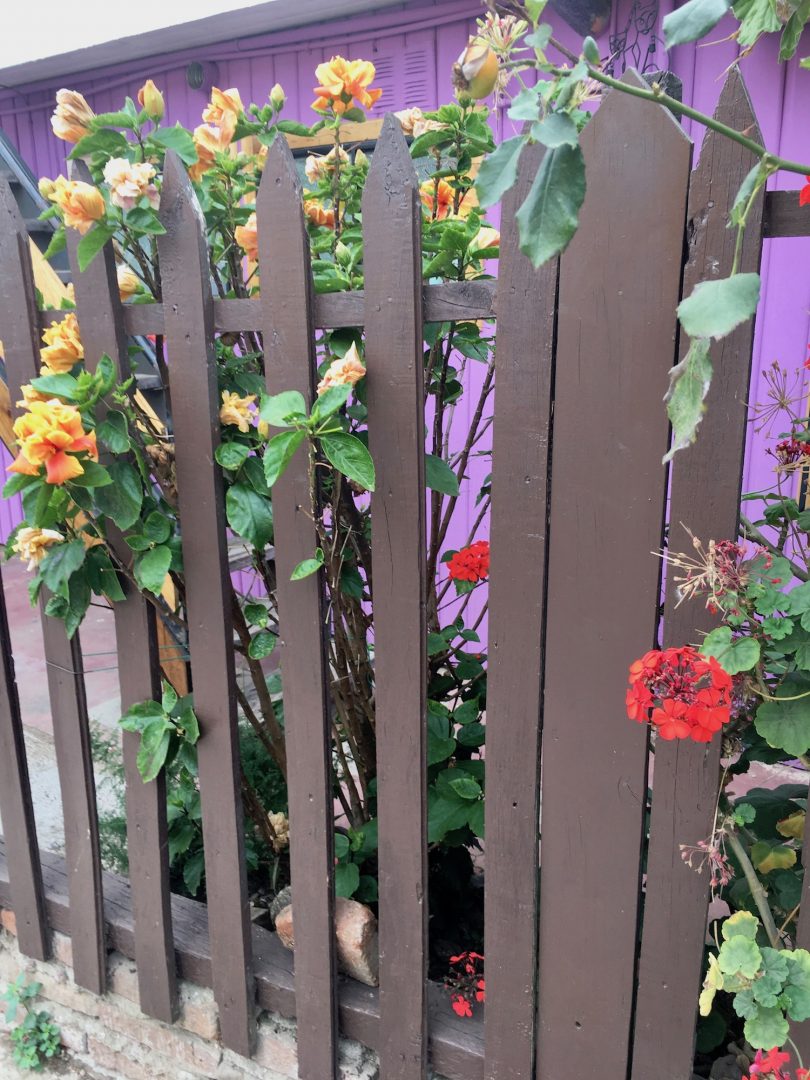 On the hill the English made the Anglican church of St. Paul in 1857, and the Germans, the Lutheran of the Holy Cross in 1897. The Lutheran church stands out from the landscape and makes for beautiful photos. 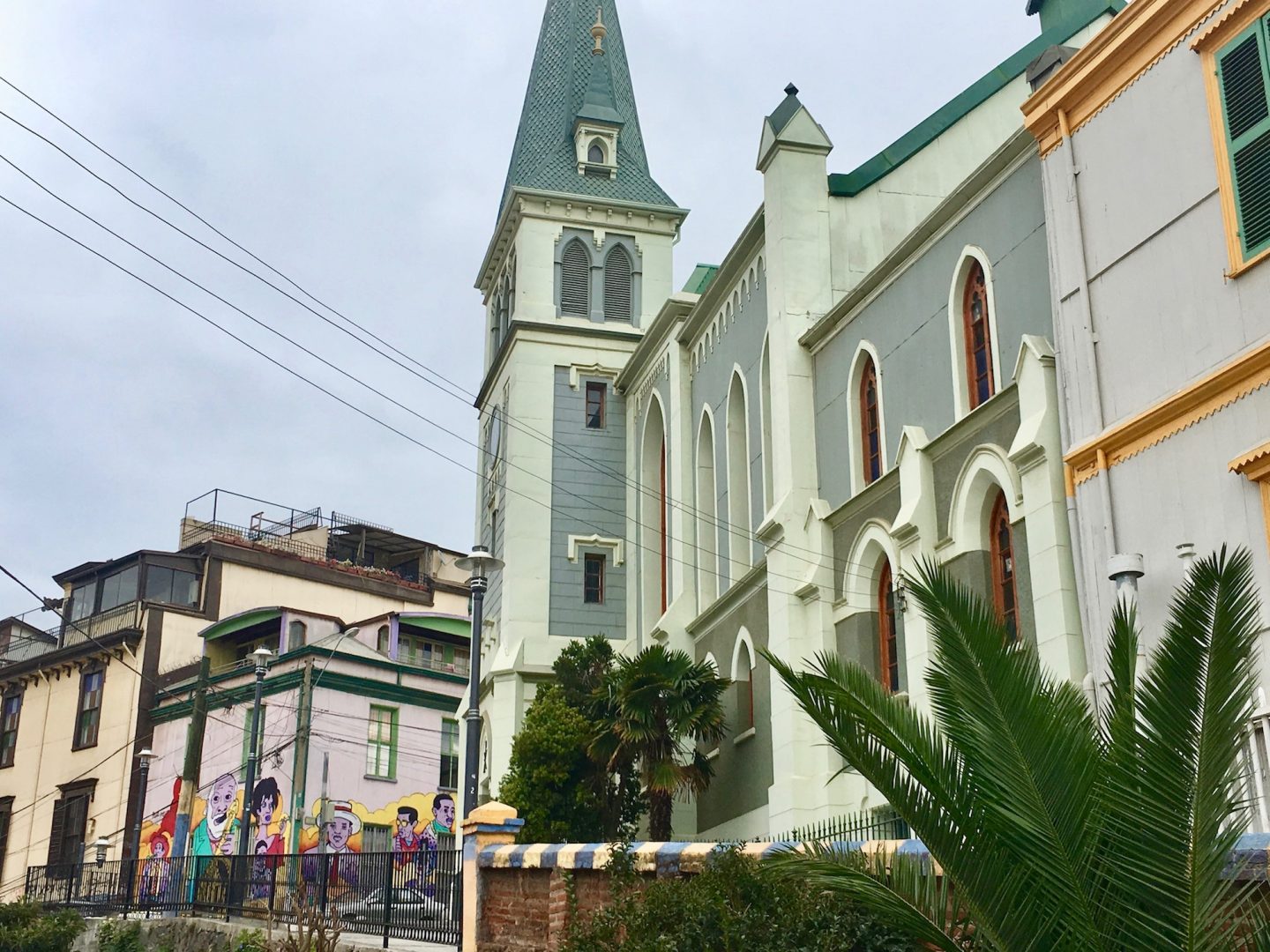 Where to stay in Valparaiso?

I went to Valparaiso for the day from Santiago. The drive takes an hour and a half on a highway that is in very good conditions. We combined the trip with Viña del Mar, which I didn’t like it so much. It is a fairly modern city in front of a beach that is too cold to get in. I understand that Chileans have no choice, but coming from Panama I am spoiled. We also went to a vineyard in Casablanca to do a tasting. This region is famous for producing white grapes, especially Sauvignon blanc and Chardonnay.

I felt that the day was very rushed, so I think it is better option to stay one night to sleep in Valparaiso. I didn’t see big hotel chains, just boutique hotels that were big houses and hostels. You can search for hotels in Booking. 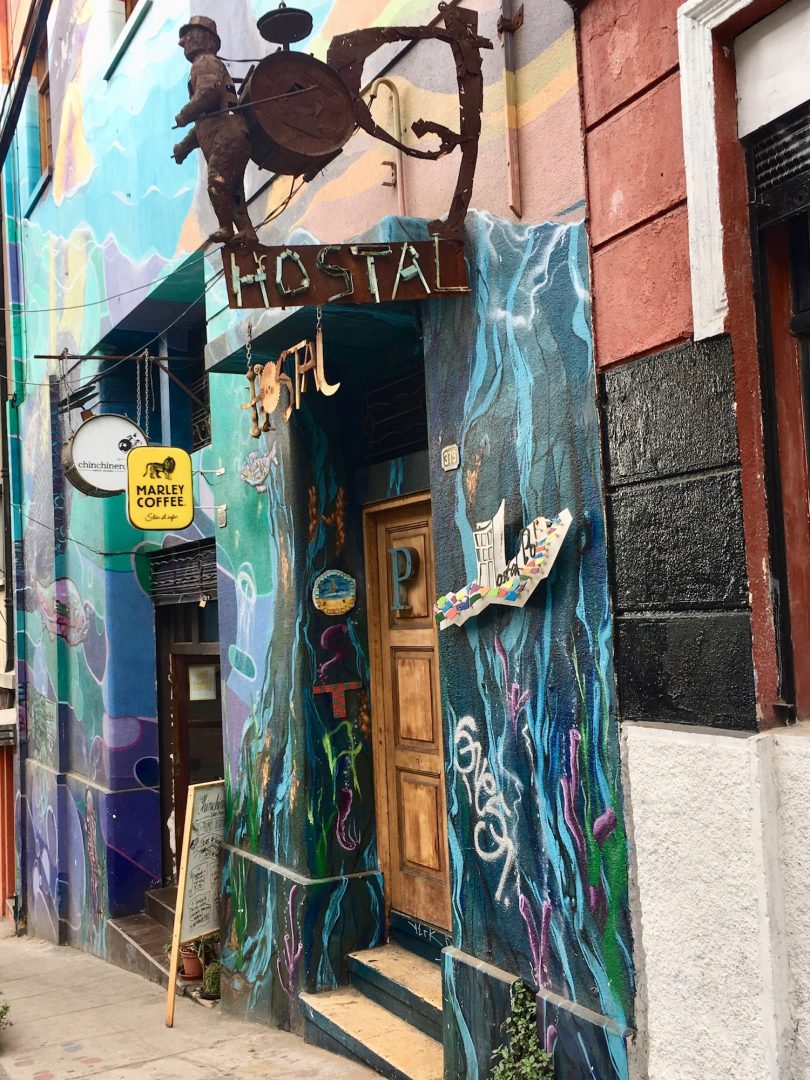 A paradise for graffiti artists

Valparaiso is a city full of street art. This city has attracted artists for many years. You can see colorful scenes full of creativity in all areas. Both Chilean and international graffiti artists have gone to this city to make art. 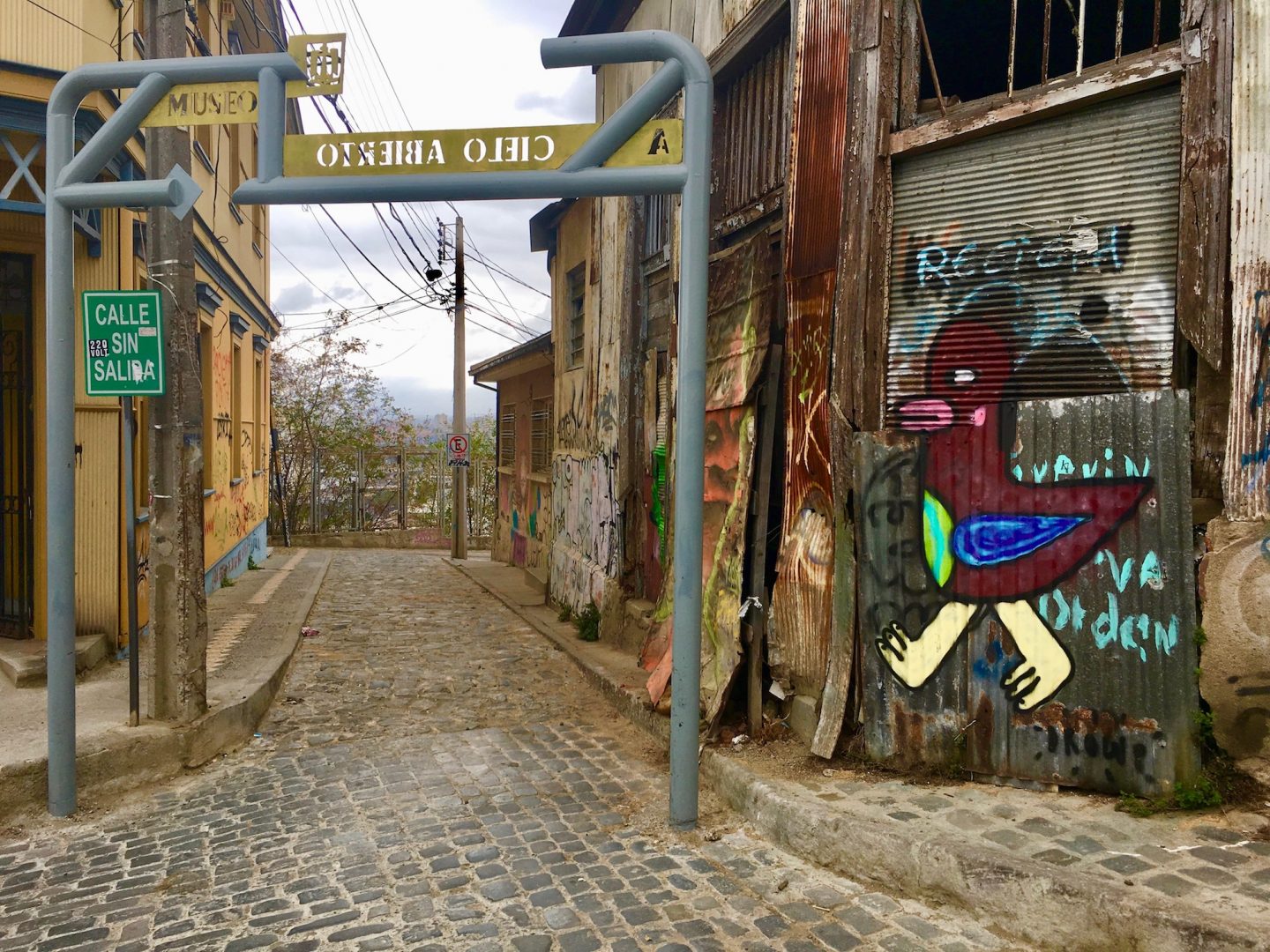 This has caused the city to change dramatically, which has attracted tourists again. But not everyone is happy with the change, when I went to take a picture on the piano stairs in Cerro Concepcion, a man came out to tell me how his city had been damaged. 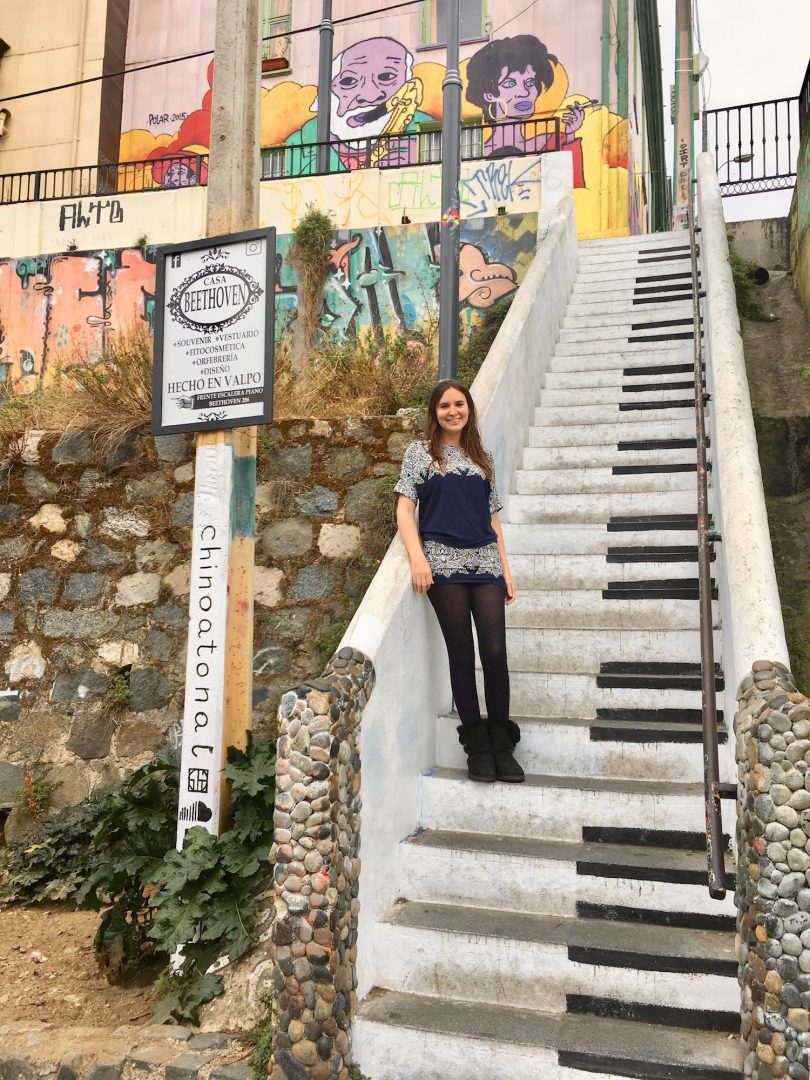 Graffiti is illegal in Chille but there is no regulation that prohibits it in Valparaiso. The city promotes graffiti “as long as it is creative in nature”. This art form began in the 1970s as a protest during the dictatorship of Augusto Pinochet. Currently, artists still have the freedom to express their ideas, including social criticism, as long as they are a contribution to the urban area. 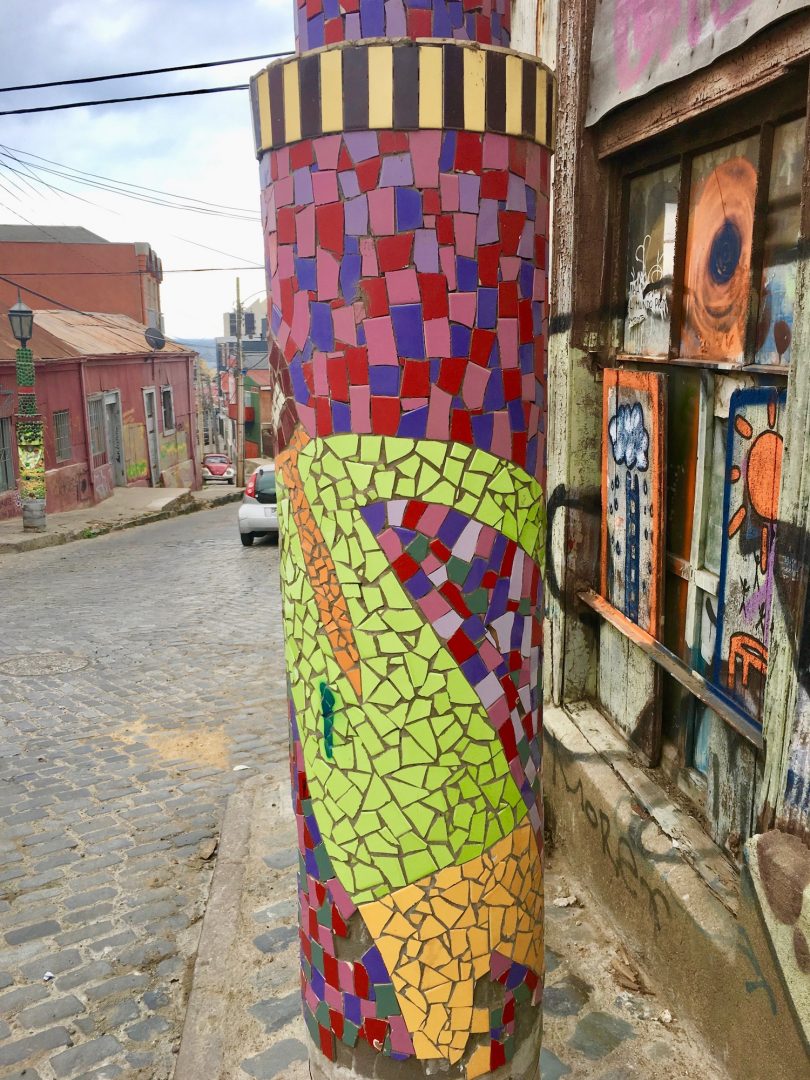 In order to paint, most graffiti artists ask permission from the owners of the buildings. For the murals to last they must seal the walls first.

If you are interested in knowing more about the artists and seeing the best murals, you can take a walking tour with a guide who knows the area. Al, an American expatriate, offers tours where you can even meet the artists. On Facebook it comes out as Valpo Street Art Tours. You can also walk on your own in the neighborhoods of Cerro Concepcion, Cerro Alegre and Paseo Gervasoni.

Businesses support artists by paying the best to make murals in their premises. There are many art galleries in Valparaíso and they are a good place to buy Latin American art. 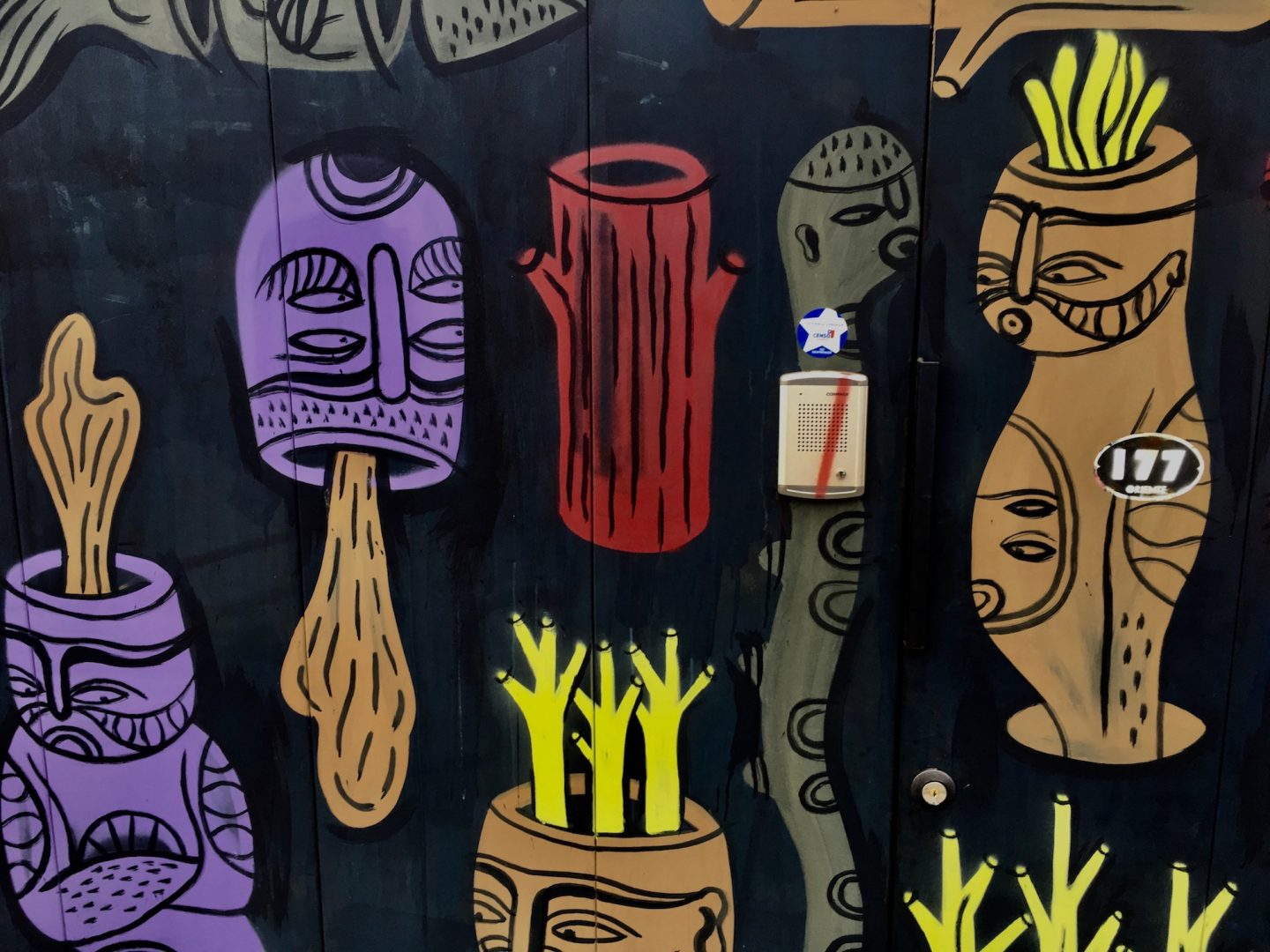 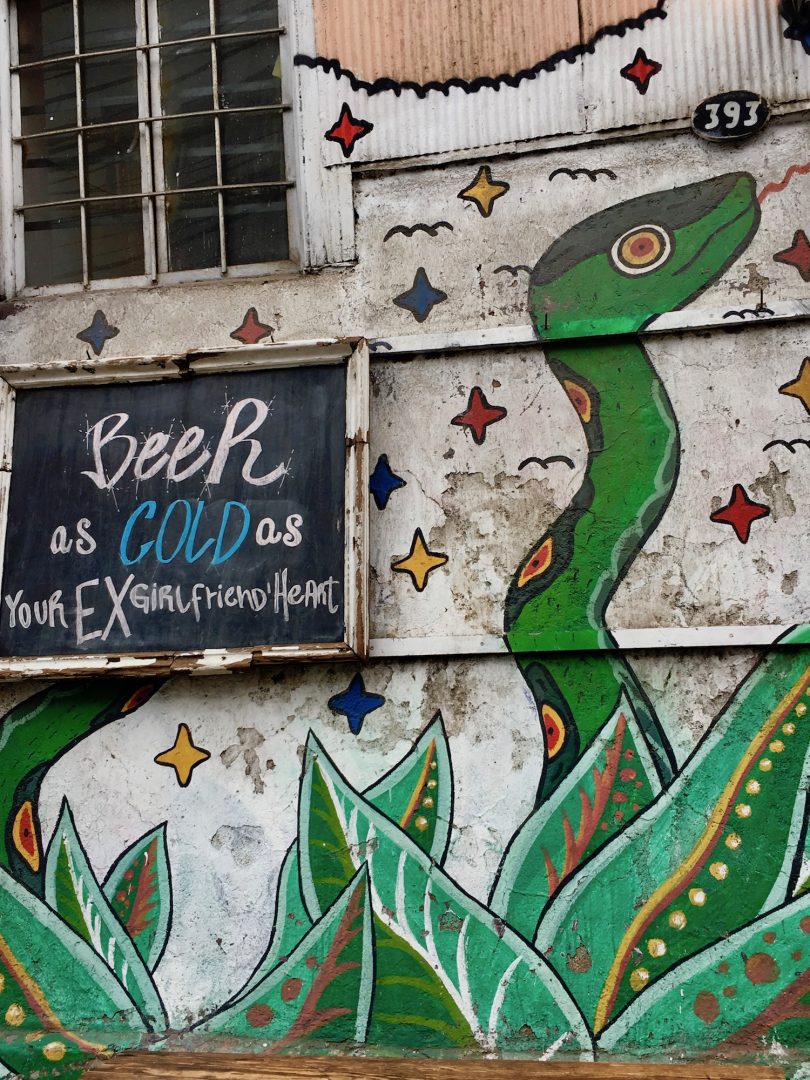 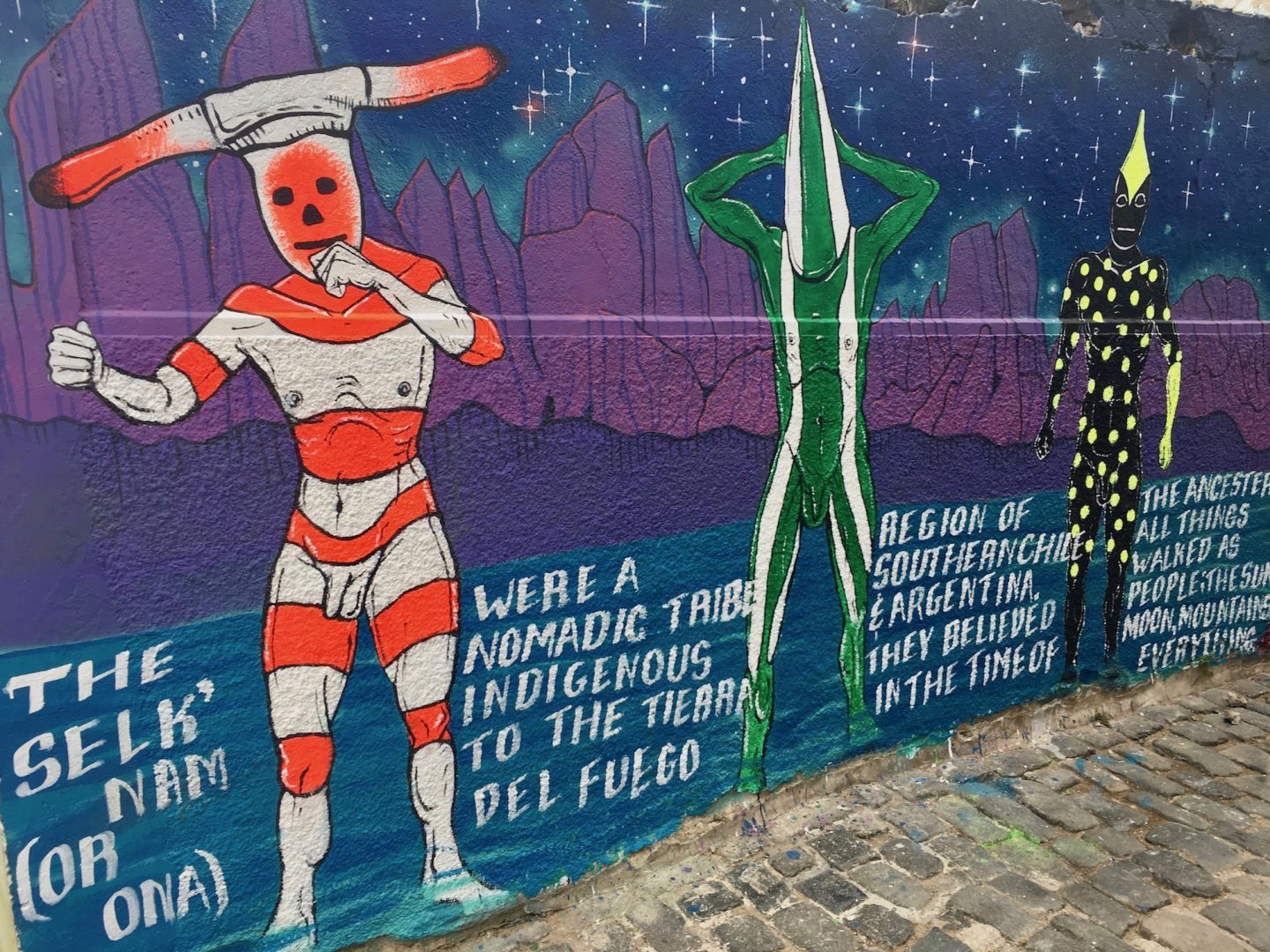 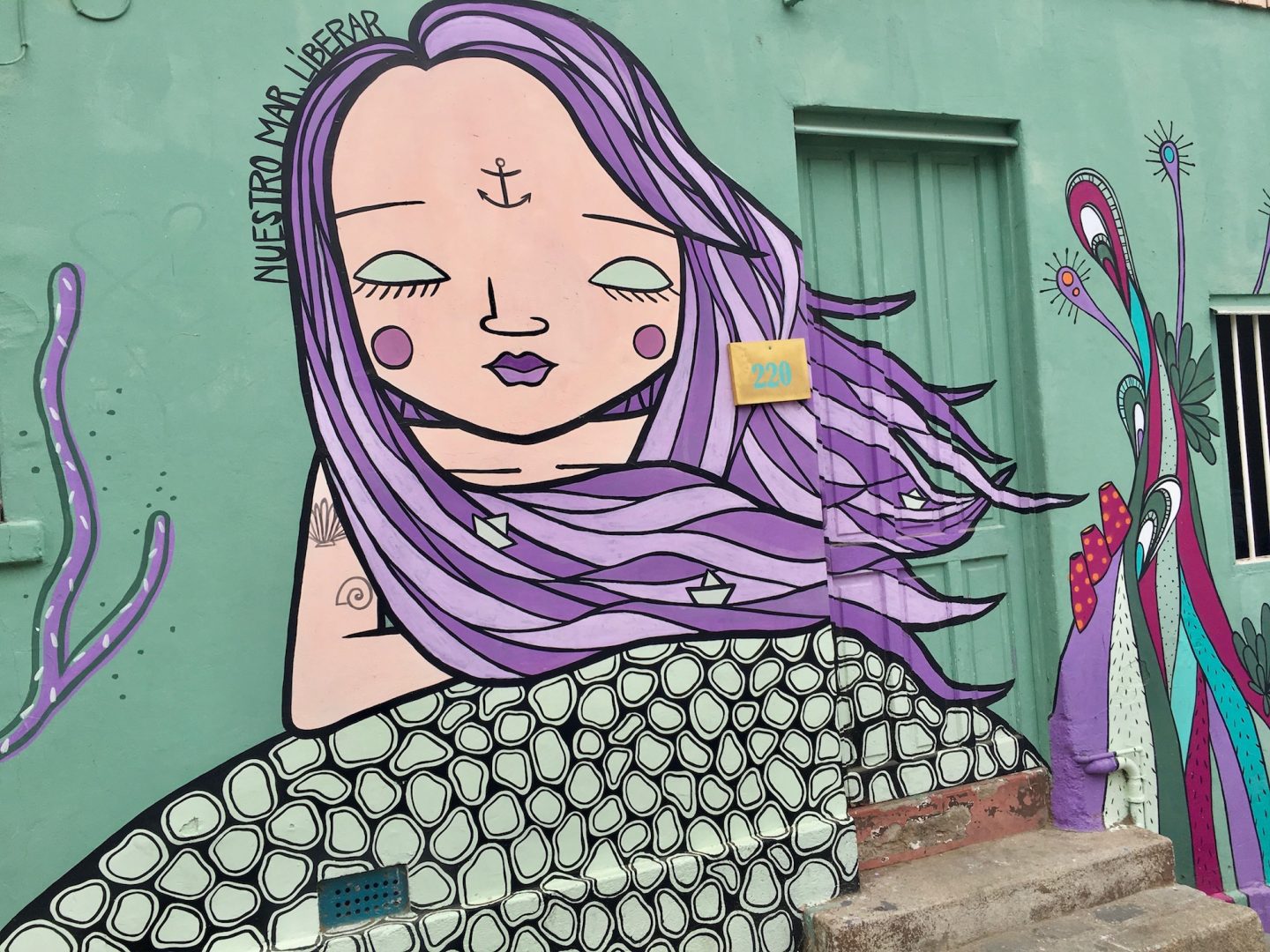 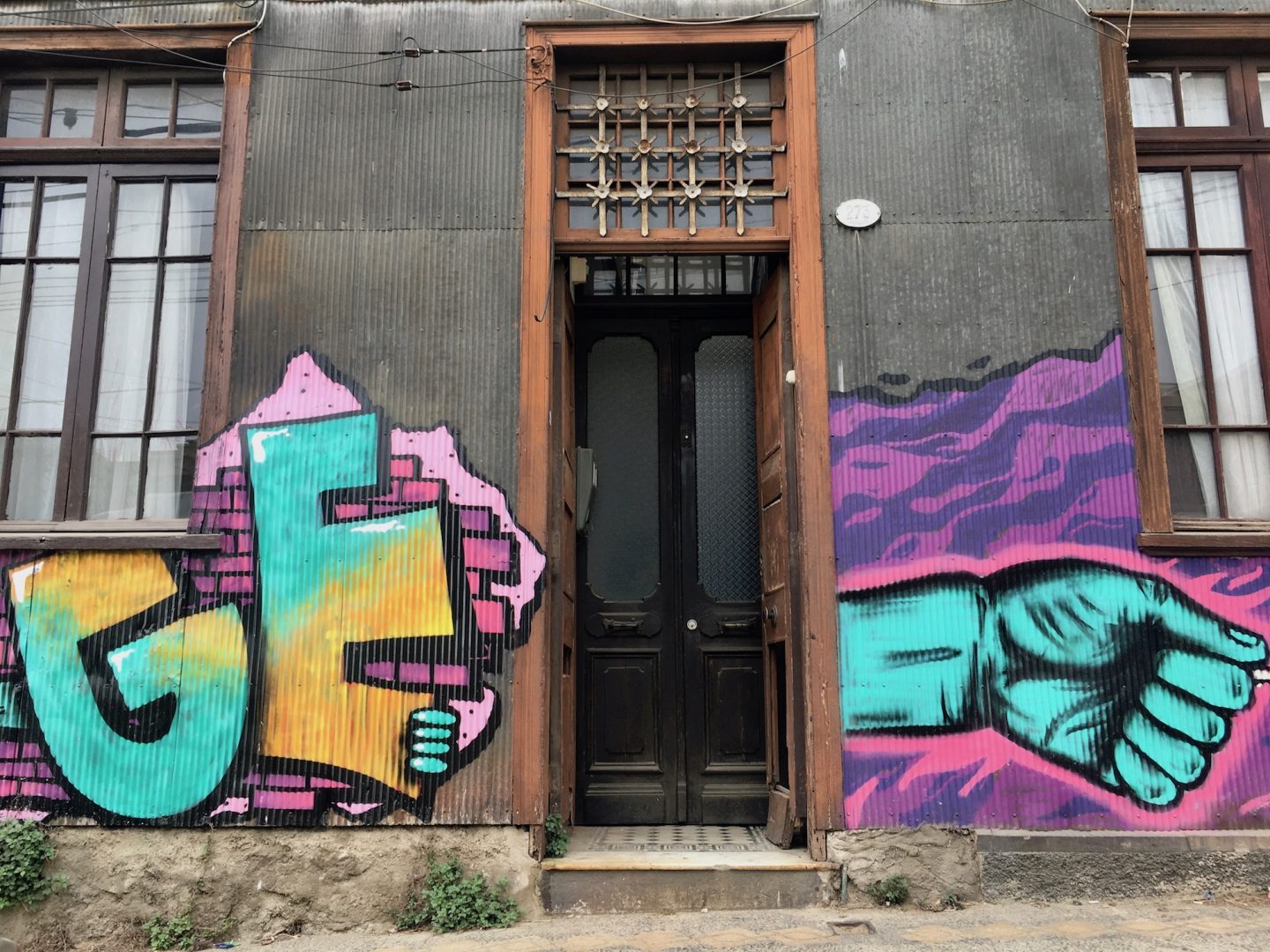 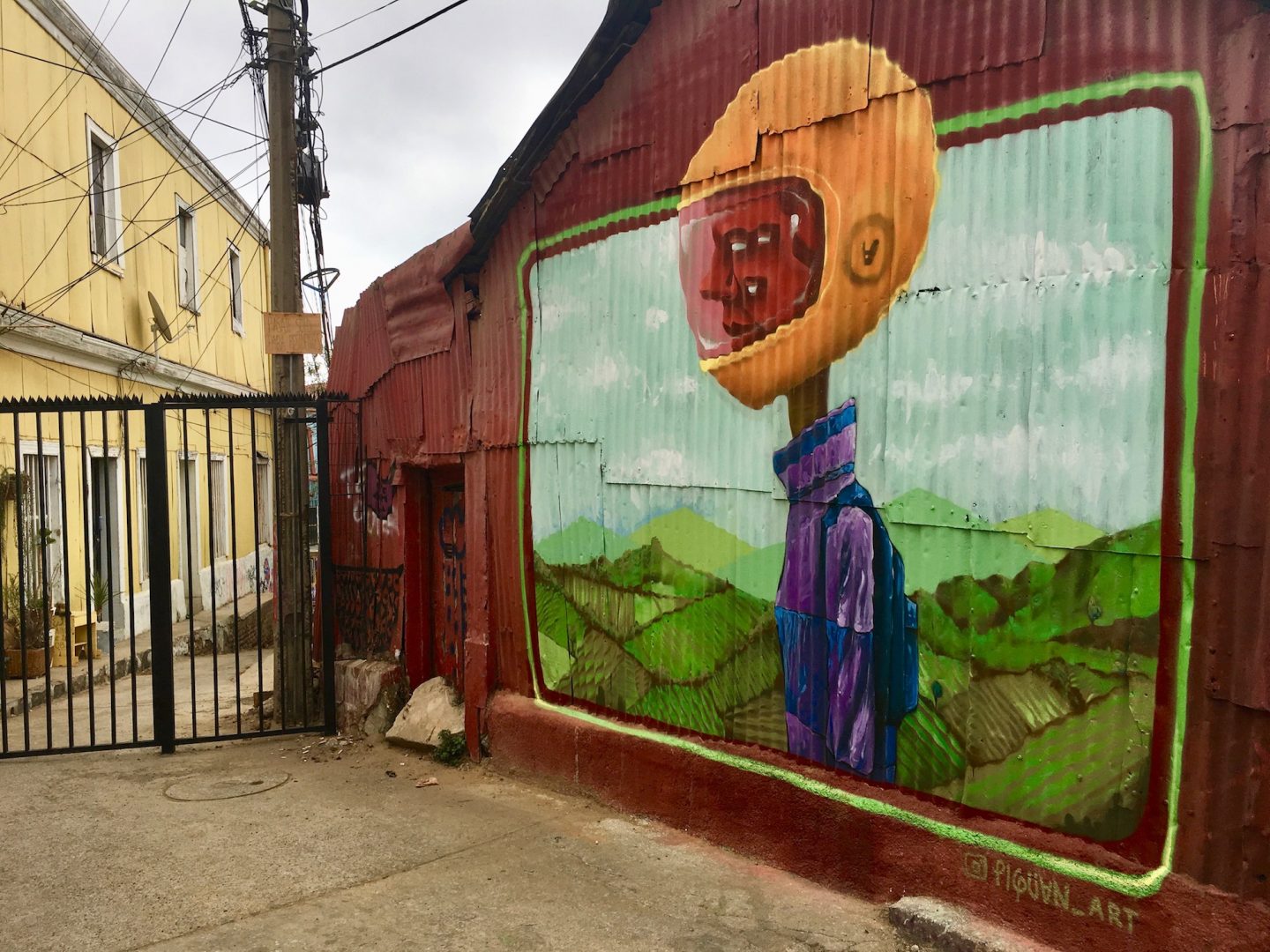 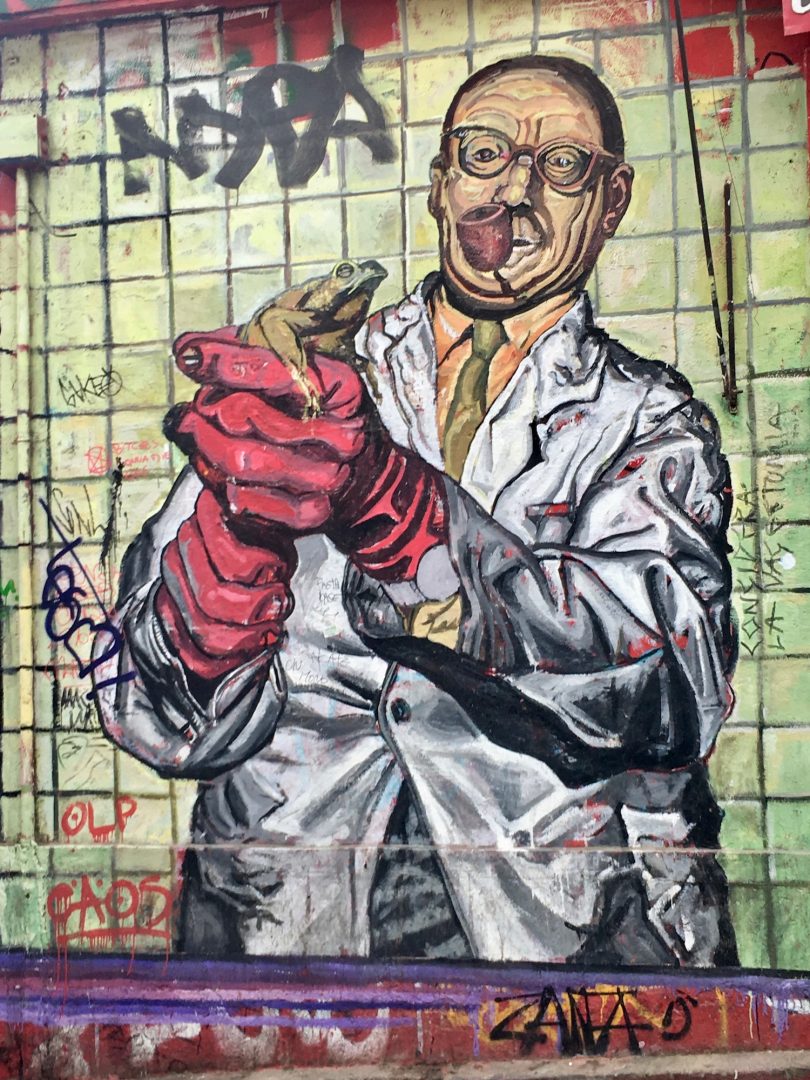 What to see in the Rapa Nui National Park?

Have a few Glasses of Wine at Santa Rita Winery