I am visiting certified farms in agro tourism in Panama. The project is done in coordination with the Tourism Authority of Panama and the Ministry of Agricultural Development. One of the farms on the list is la Granja Alternativa in Coclesito. It can be reached in a little over 3 hours from Panama City.

You must go to Penonome, get to the park that is the midpoint of the country and continue on that road. On the way it’s worth stopping by La Pintada, a picturesque town where they make ‘Sombreros Pintados’. I had previously gone to La Pintada on a mission to buy a real Panama Hat, that go  from $10 to more than $100.

When you pass La Pintada you are entering the territory of Minera Panama and you will see trucks going up and down steep hills that are now completely paved and can easily be driven in a sedan car. The road is really beautiful, the area is quite virgin and full of flowering trees that give color to the tropical forest.

Just before arriving we saw a sign that said welcome to Colon and we found it curious that Coclesito is not in Cocle.

We were entering the favorite place of General Omar Torrijos who is still remembered with plaques and a museum in what used to be his house.

Humberto Lopez Tirone is quite a character. From being a diplomat traveling the world he went to live a quiet life surrounded by nature. In 2009 he decided to leave everything and move to Coclesito to offer a tourist retreat experience.

His philosophy is leftist with images of Che Guevara dispersed in the facilities combined with a spiritual practice of Buddhism. He showed me photos of when he met the Dalai Lama and even has a meditation deck so people can connect with nature.

When he bought the 4-hectare farm it was completely deforested. He took inspiration from a photo of Vietnam and convinced the neighbors to follow suit, using local flora and fauna. Nowadays, the Granja Alternativa is a small oasis that has the capacity to host 130 people, mostly in cabins, but they also have private rooms. 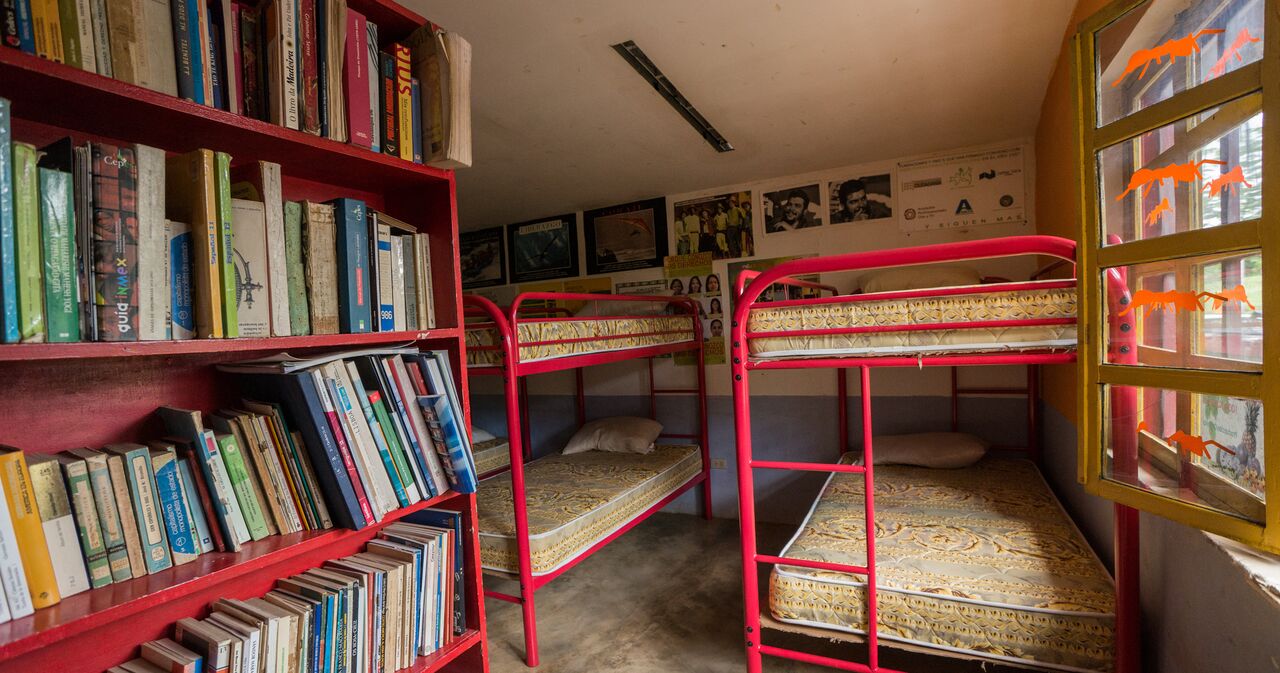 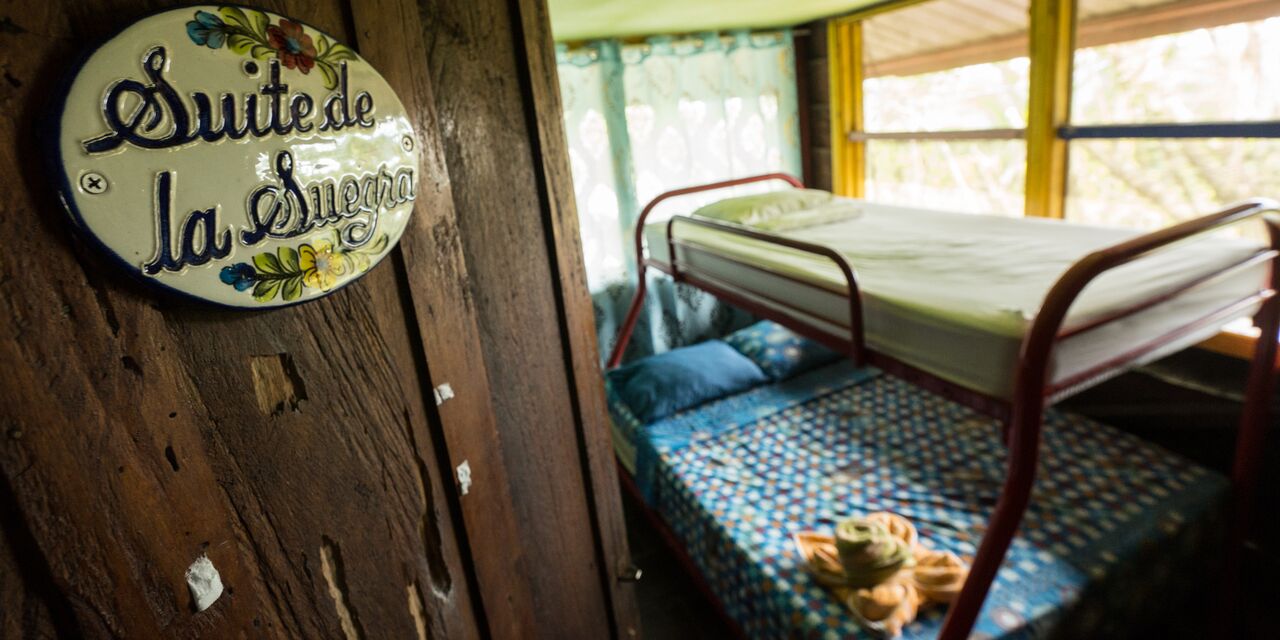 This camp is designed for groups and has spaces for seminars and conferences. Rope workshops, leadership and teamwork are held in place. For a while they had canopy zipline but they removed it because it is very individualistic, all the activities of the extreme rope park have to be done together. 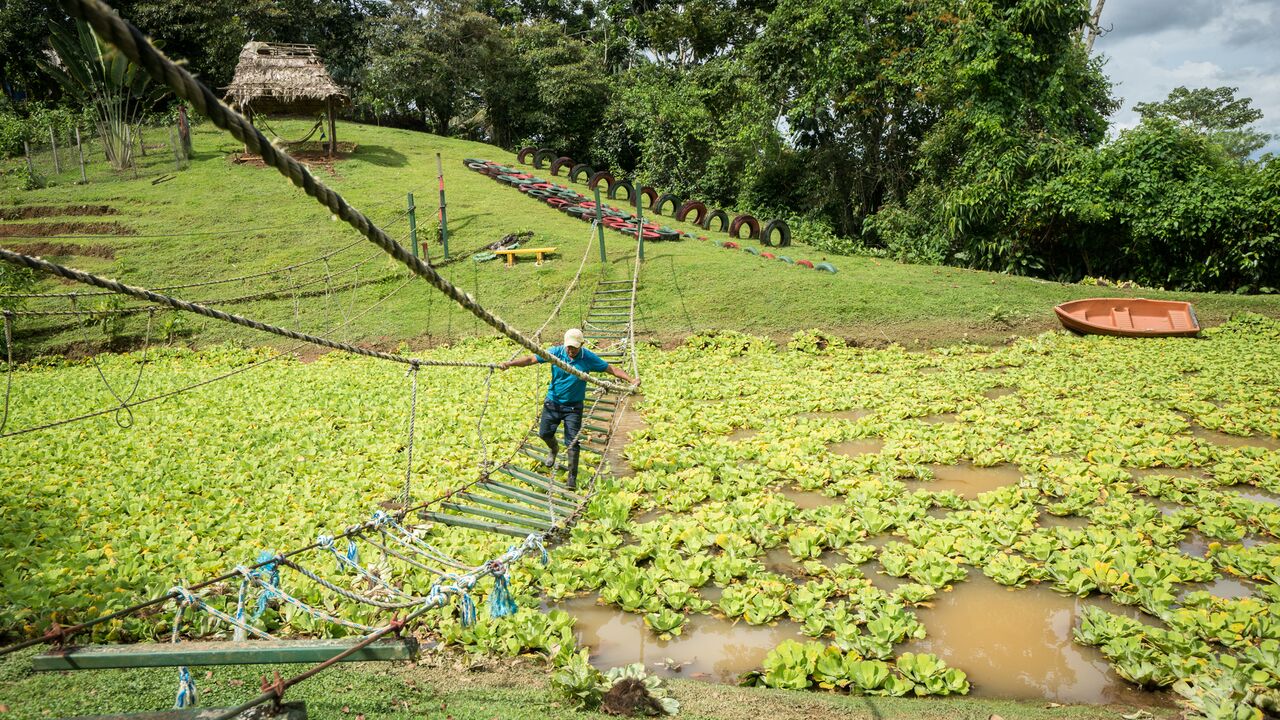 Students come from Chiriqui, Bocas del Toro and even Darien. They also have groups from the United States and Europe who come to do medical volunteering, repair schools, etc. Humberto says that he would like to start receiving backpackers since there is permanent public transport every hour from Penonome.

I have to return because I want to do one of the tours they offer. You can go in three hours by the San Juan de Turbe river until you reach the Caribbean. This fluvial highway serves to connect several towns that border the river, in the forest. At the end of the route you will reach the town of Cocle del Norte, on the Costa Abajo of Colon, with its beaches free of people.

The concept he practices is permaculture, a sustainable practice of agriculture. You can grow more food in less space using natural resources such as water crops. Those who visit can learn how to make organic fertilizers or vermiculture in a farm school, even be an intern. 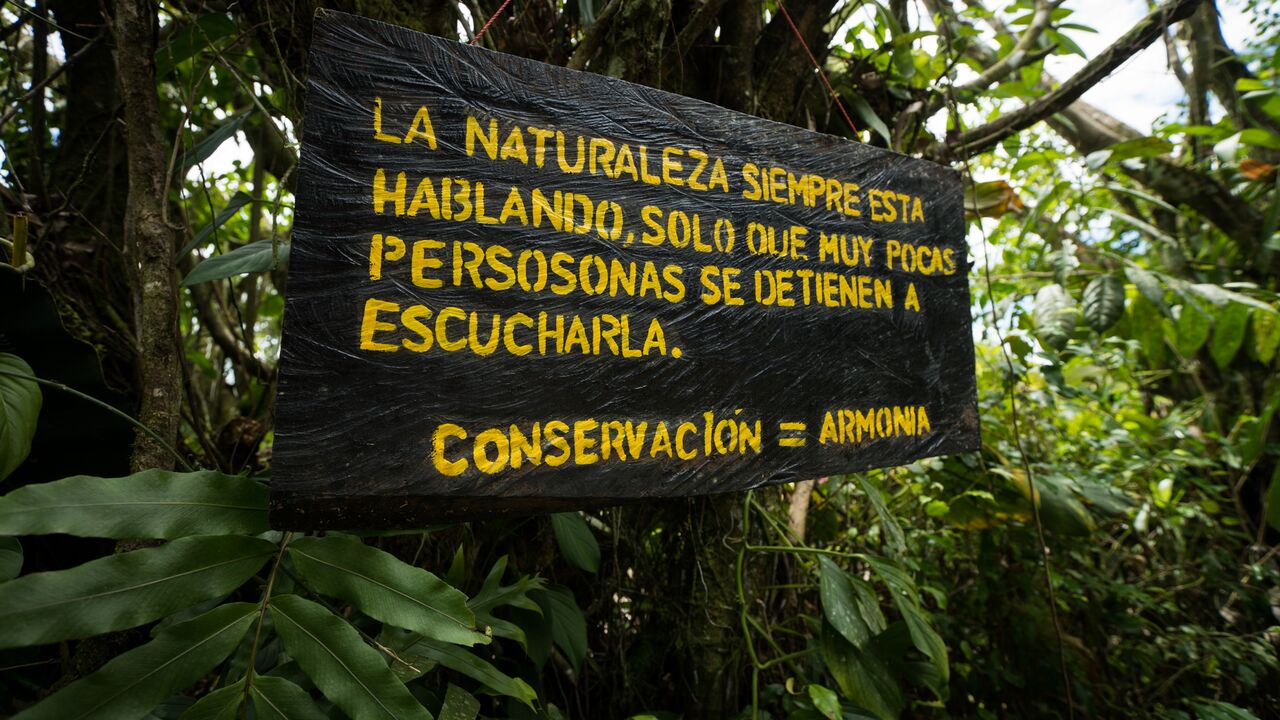 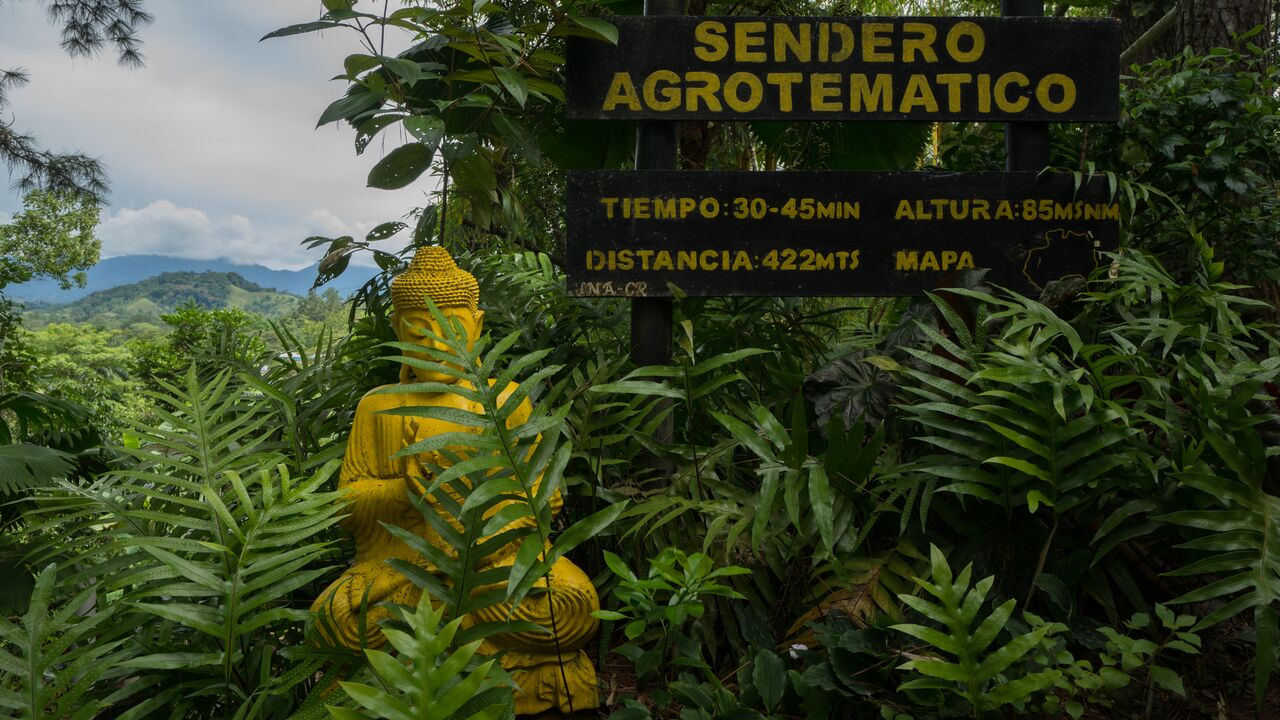 We toured the farm and could see many of the food that workers and visitors consume. The production is organic, using many native species, including some that are being lost. It has a nursery full of seedlings divided by sections, including one of medicinal plants. They produce hot sauce from fireball chilli; jams of naranjilla and borojo; and popsicles of natural fruits. 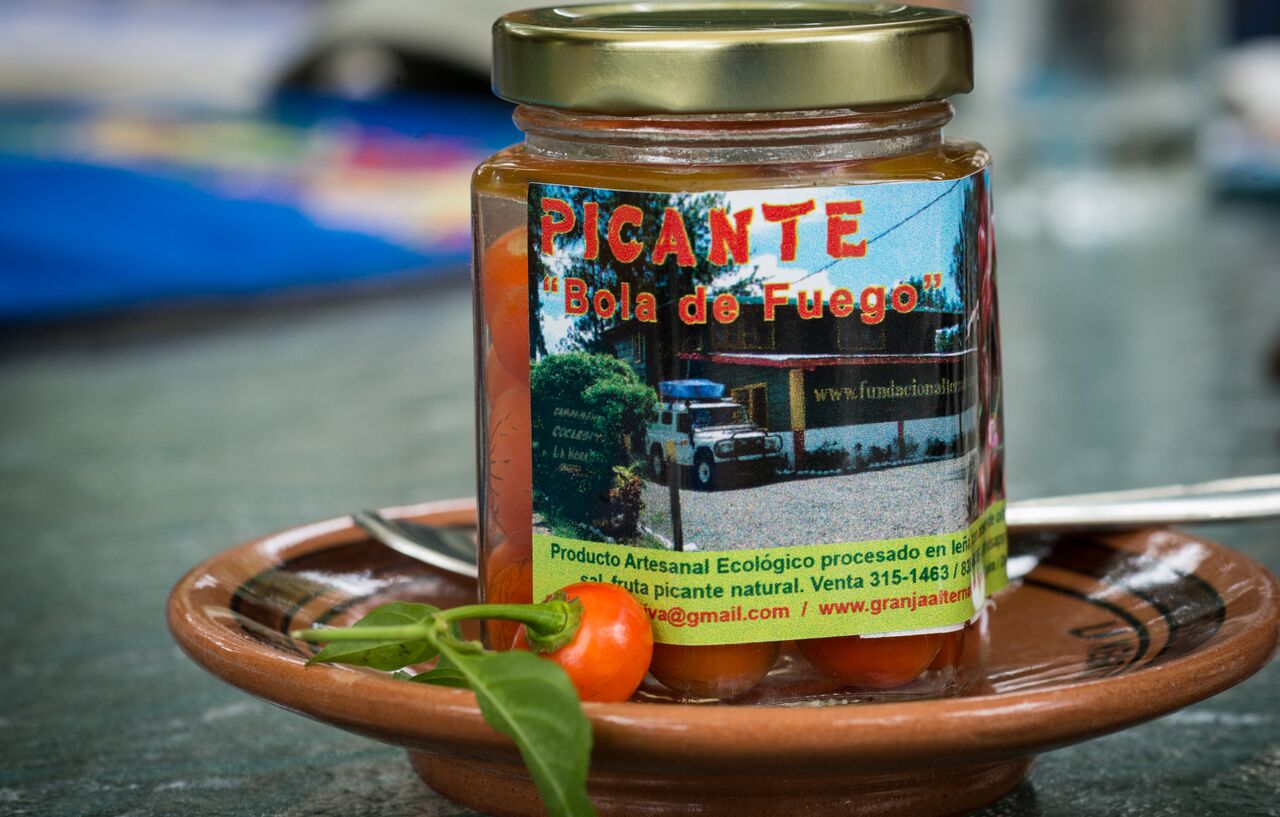 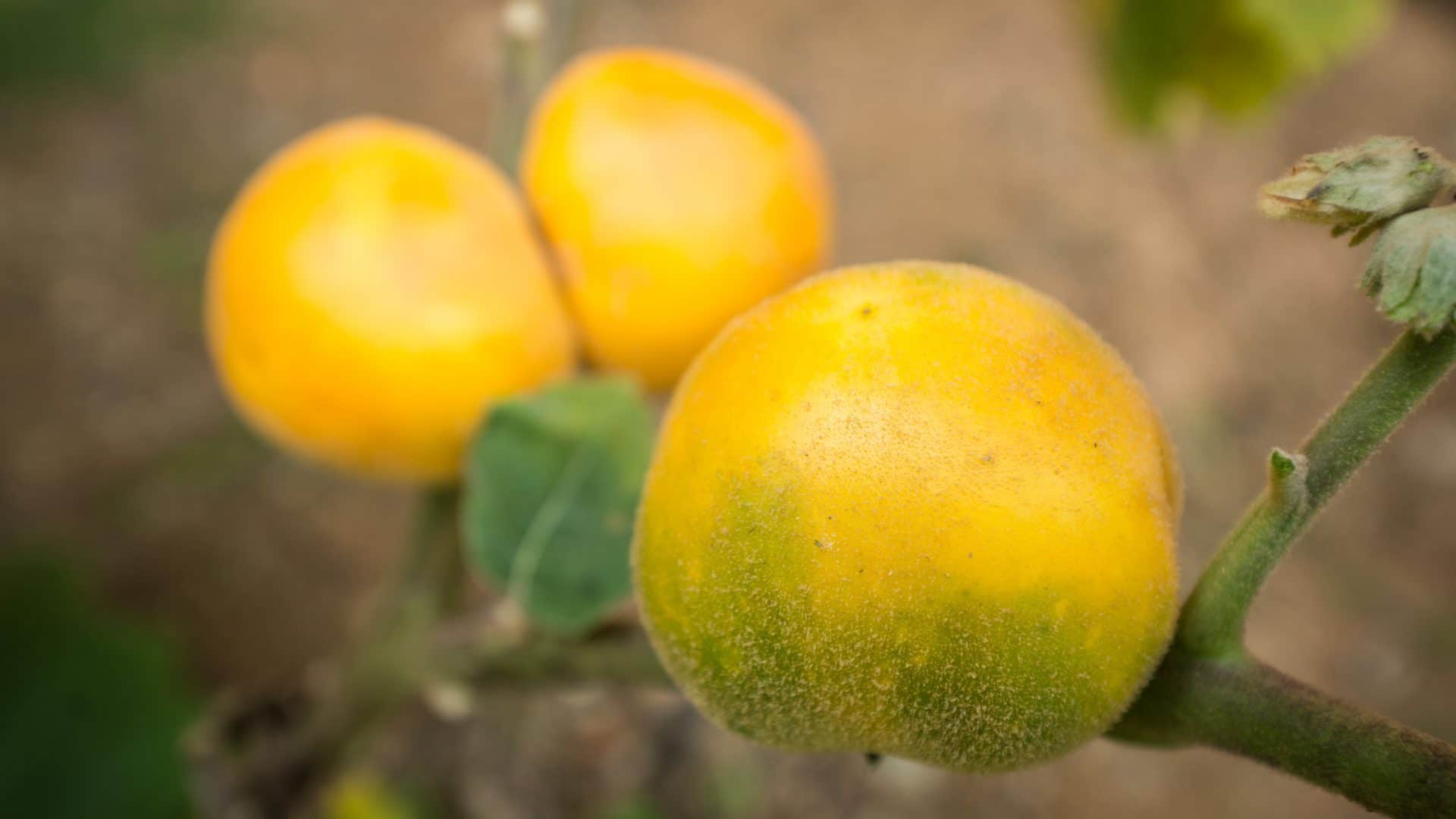 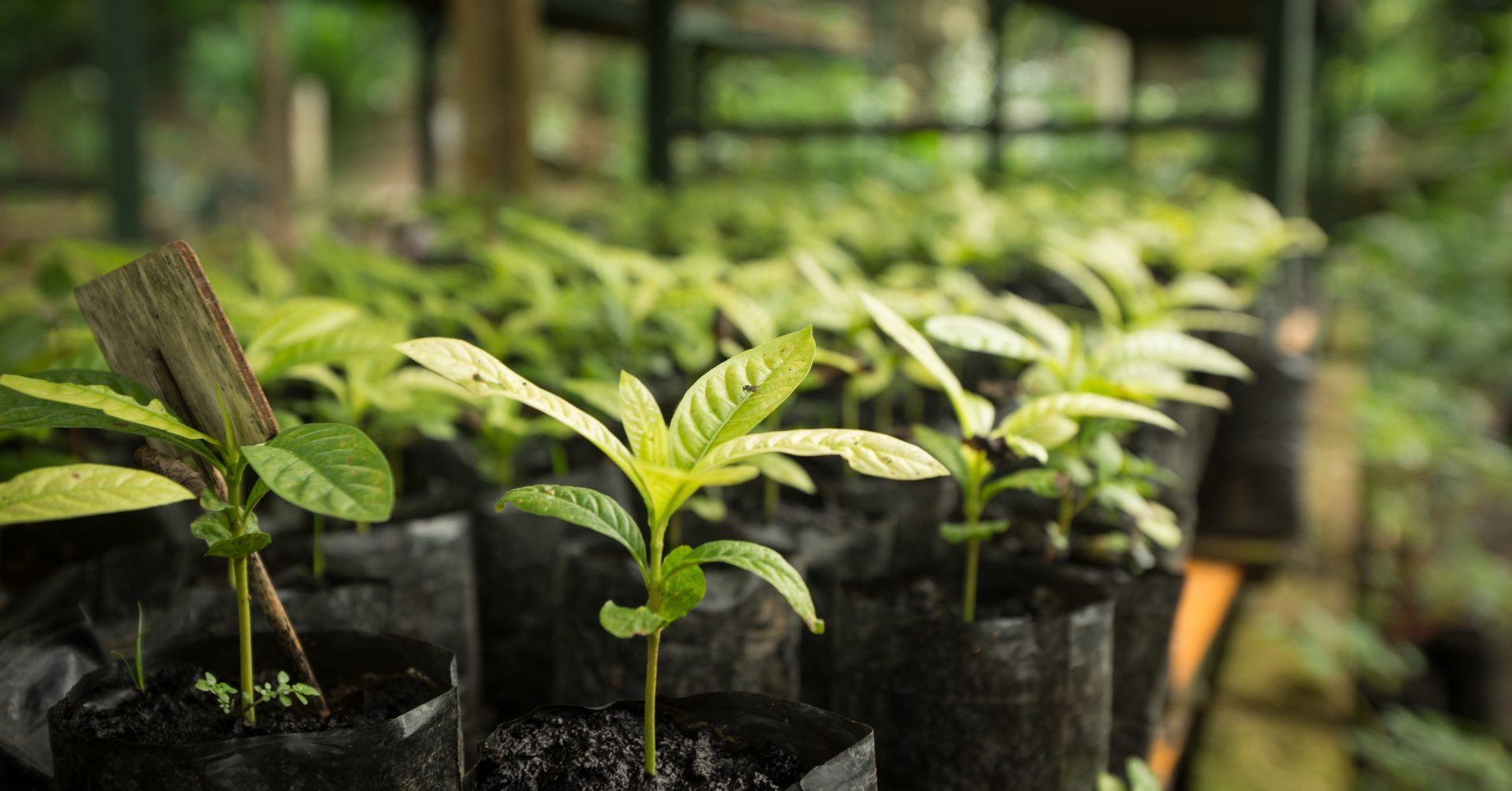 Our lunch of rice and chicken with ‘naranjilla’ was cooked on wood. The presentation was beautiful on top of a leaf, with a delicious flavor. The ingredients were harvested on the farm or come from the neighbors. In the same way he supports the neighbors in the moments of doing the tours, renting cayucos or taking the tourists to milk in other farms. 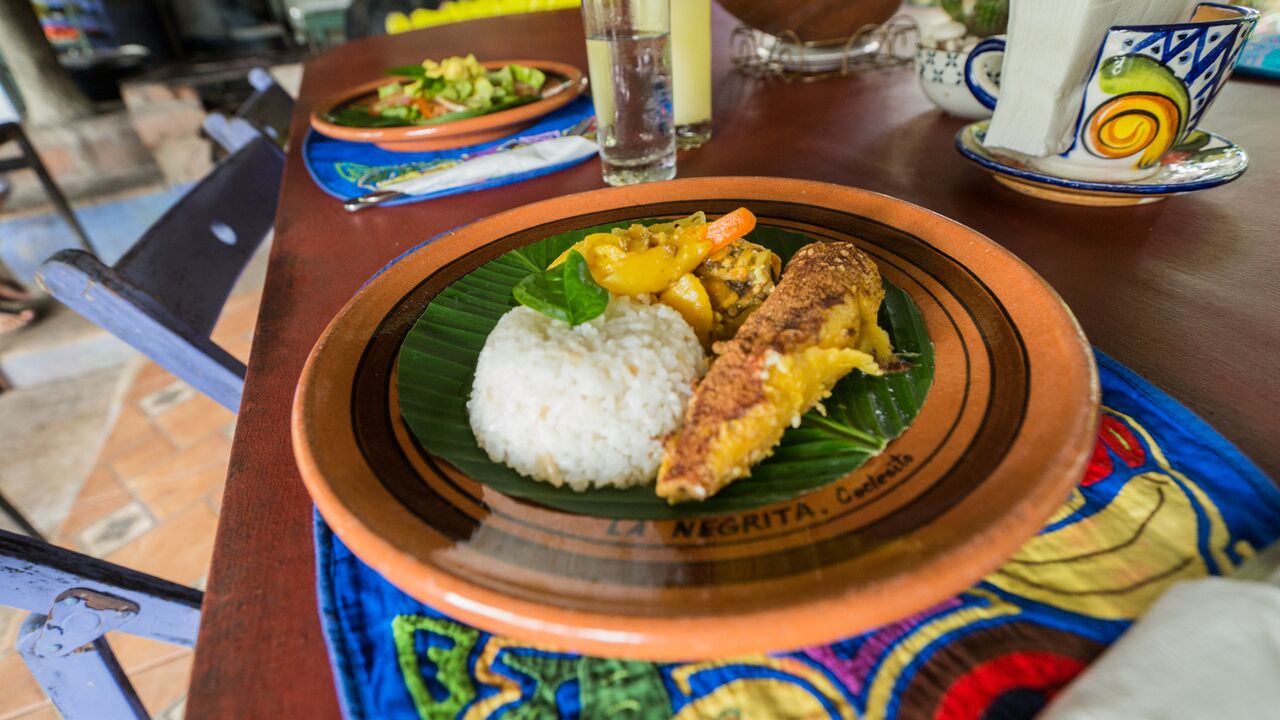 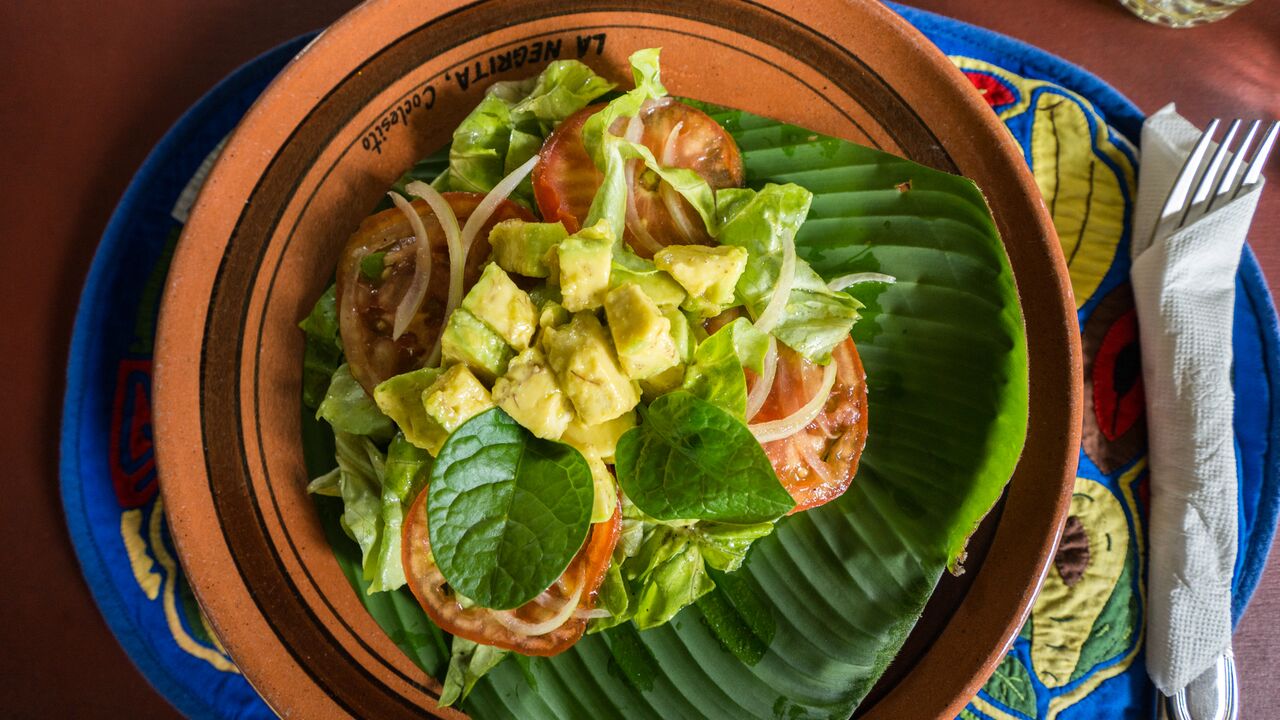 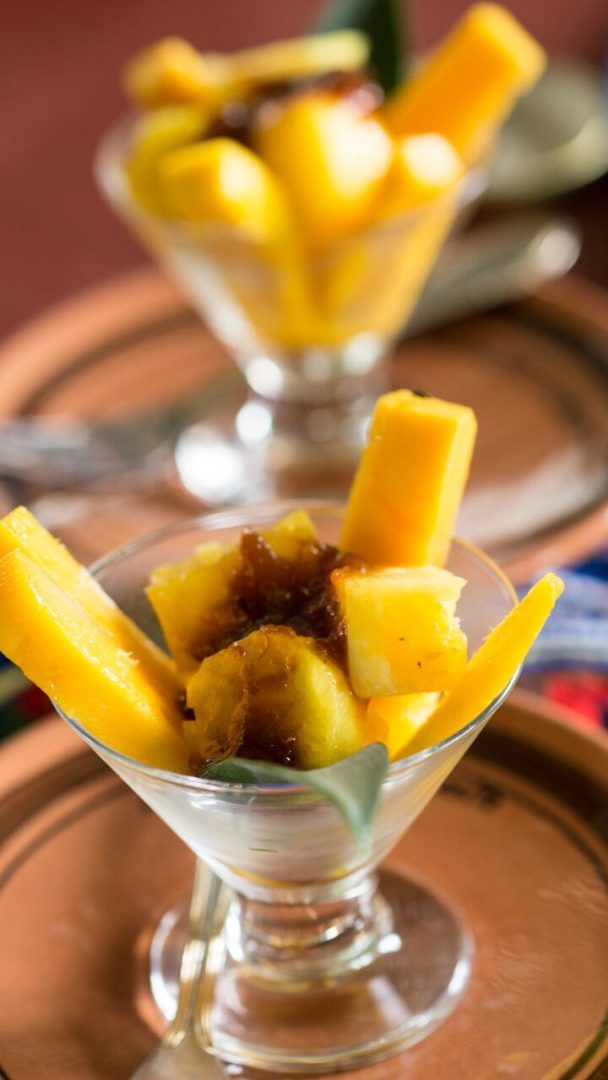 How did the buffaloes get to Coclesito?

Humberto says “I own all the buffaloes here because I rent them” to do the tours in the rivers. But the most curious question is how did the buffaloes get to Panama? Coclesito is associated with General Omar Torrijos. The former Minister of Agriculture, Hirisnel Sucre tells me that there was a flood in 1972 and he went over in a helicopter. There was a Catholic father who showed him what the scattered families living in the area had lost. He told him that if the population was willing to work if they helped them and Torrijos accepted the challenge. Land at that time was owned by government and he invented to manage it in an agricultural kibbutz style. 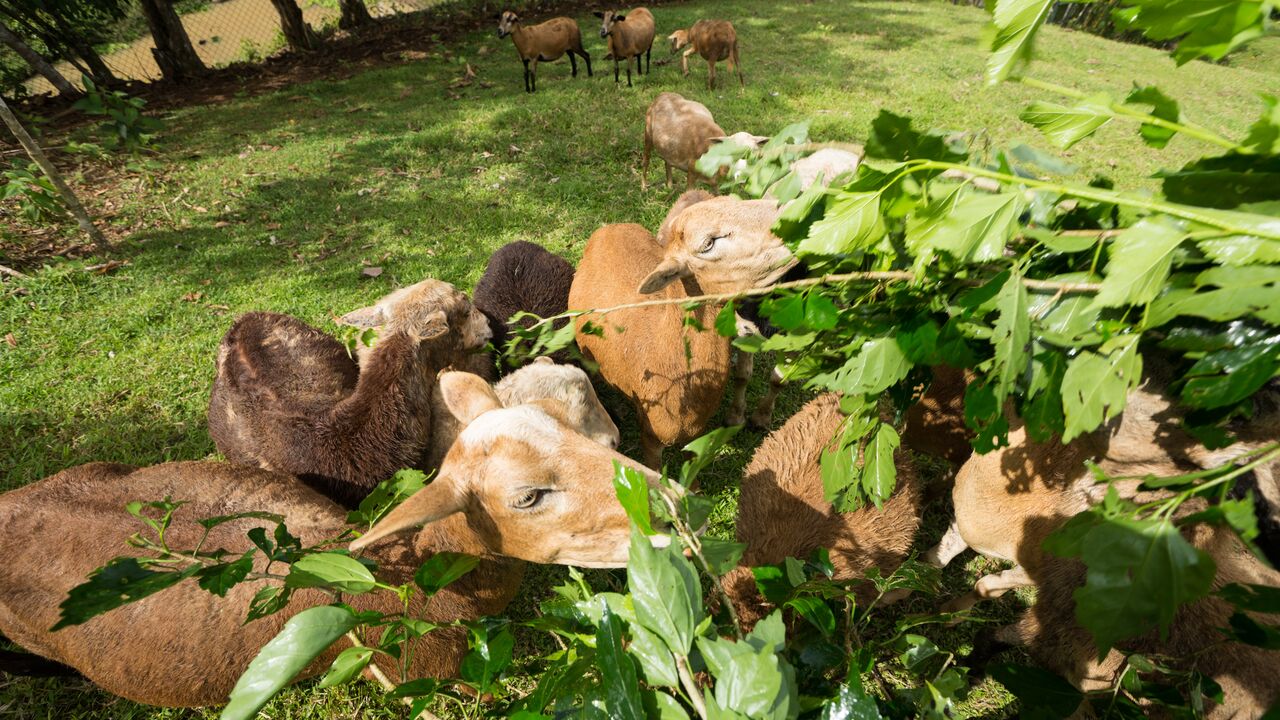 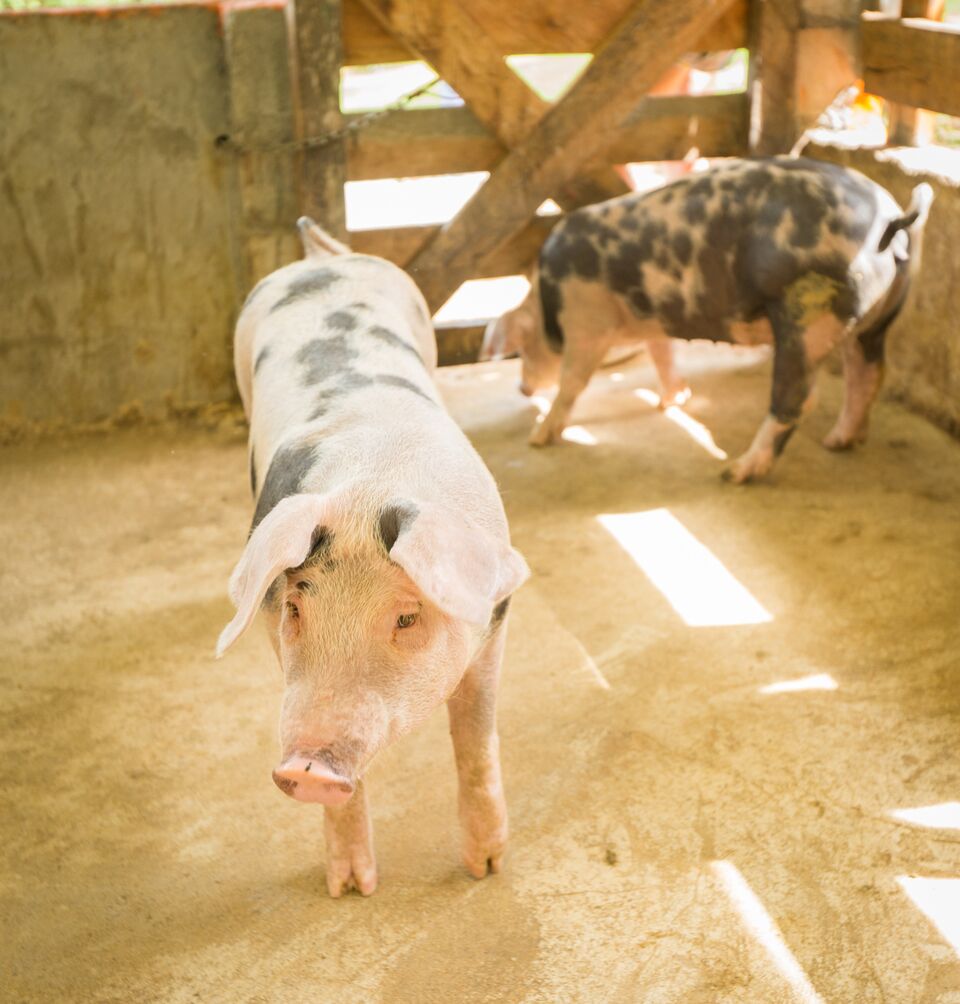 Torrijos visited the Caribbean islands and decided, together with the private sector, to bring young buffaloes from Trinidad and Tobago and Jamaica. In those times there was no road, only jungle, so he had to bring the buffaloes in helicopters tied by the bellies. Coclesito is very humid and this type of buffalo is known as from India or water, therefore they adapted well. He released about 25 buffaloes to the wild. 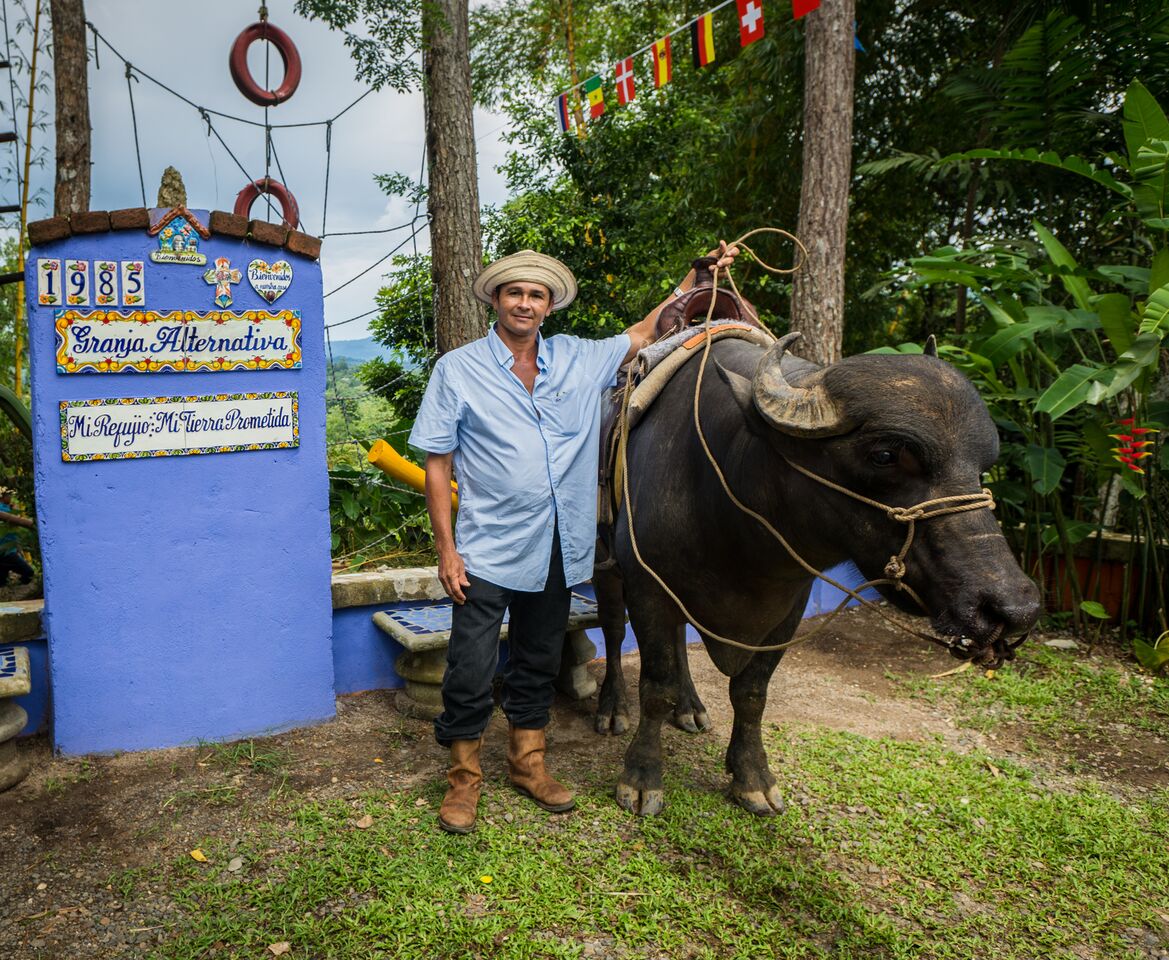 Hirisnel lived this between 1973-75 when he was 24 years old. He is a veterinarian by profession and they took him to Coclesito in small planes after they built the airstrip. Torrijos wanted a veterinarian to stay for the delivery of the first buffalo. Hirisnel stayed with Captain Santamaria. At midnight they picked him up to attend the delivery and about 2 o’clock in the morning they called Torrijos to announce that the first buffalo had been born on Panamanian soil. 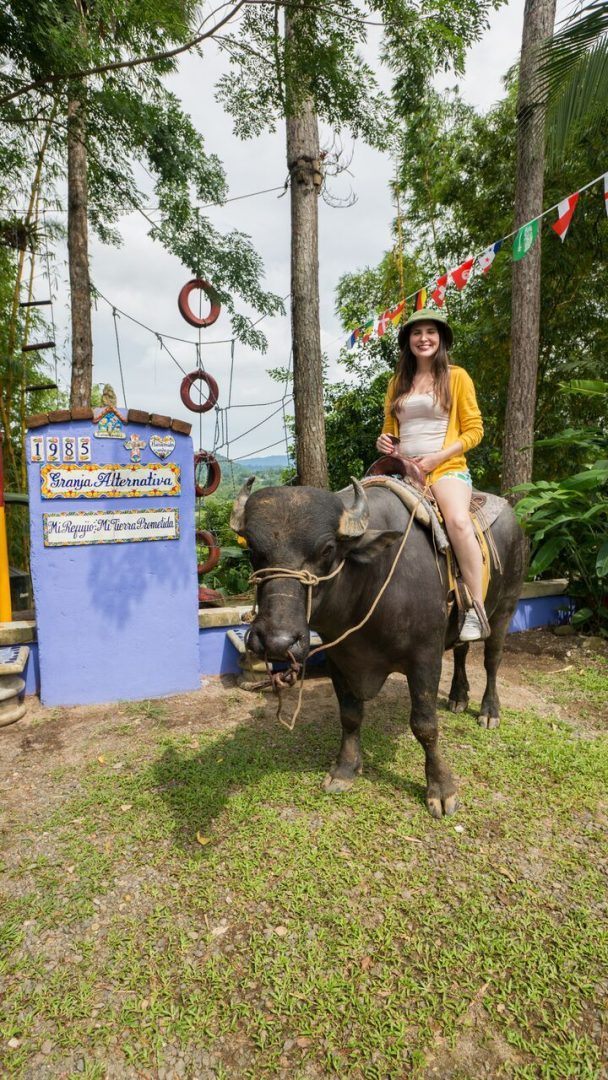 The life and death of General Omar Torrijos in Coclesito

Torrijos originally built a small cabin that later grew as he started bringing international leaders such as George Stanley McGovern, Democratic candidate for the presidency of the United States, and friends of him like Gabriel Garcia Marquez and Graham Greene. In this place he lost his life on July 31, 1981 when his plane exploded between two hills that are visible from Granja Alternativa.

Nowadays, agricultural production continues but on a very small scale. Mining has hired a lot of people, paying much higher wages than agriculture. But they do what they can to preserve the historical memory of the place.

More photos of the Granja Alternativa in Coclesito: 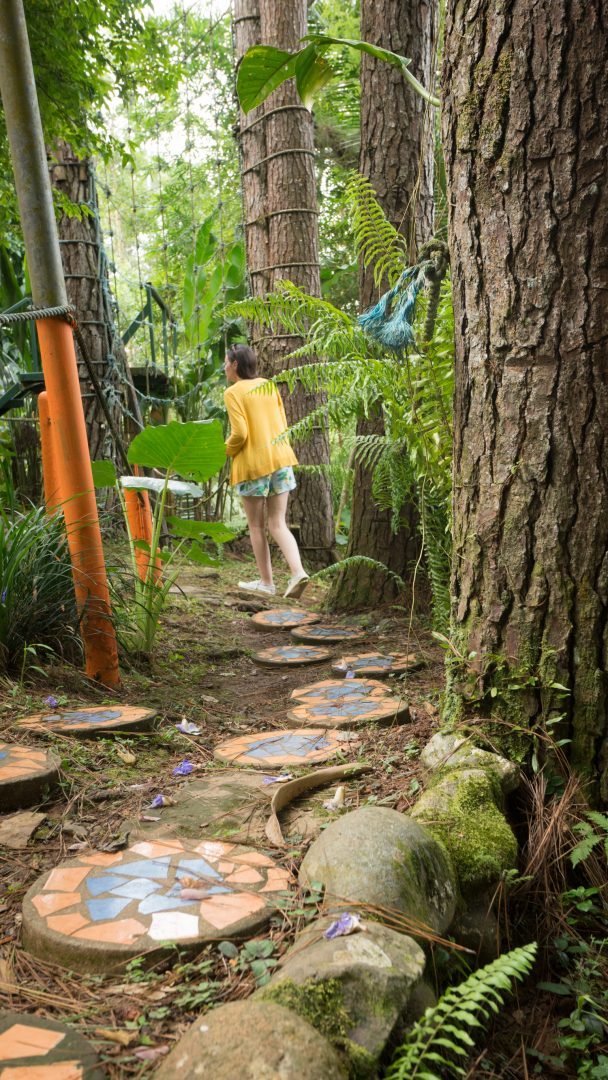 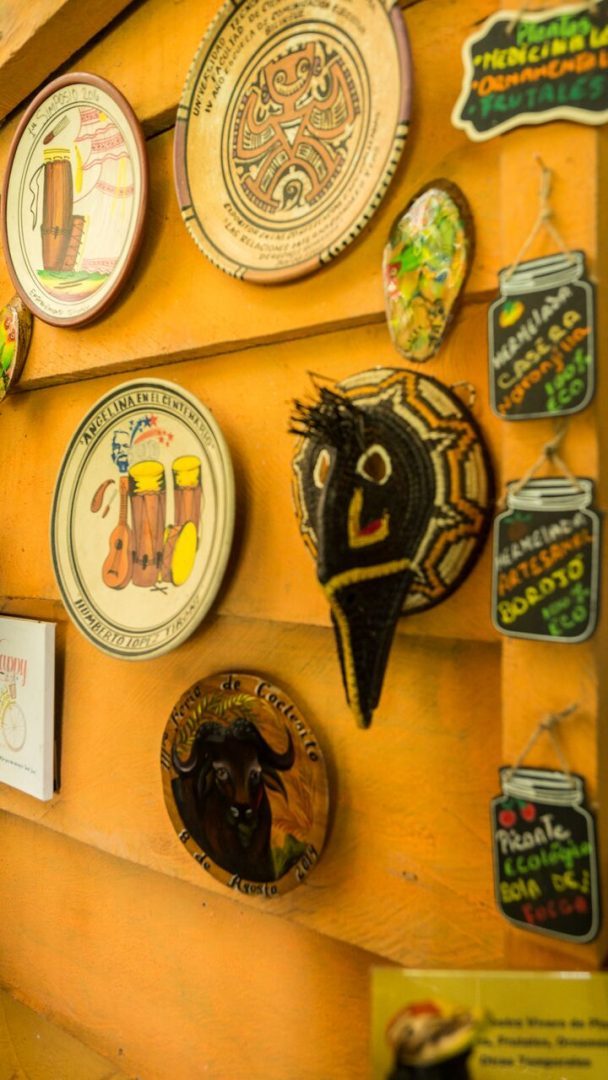 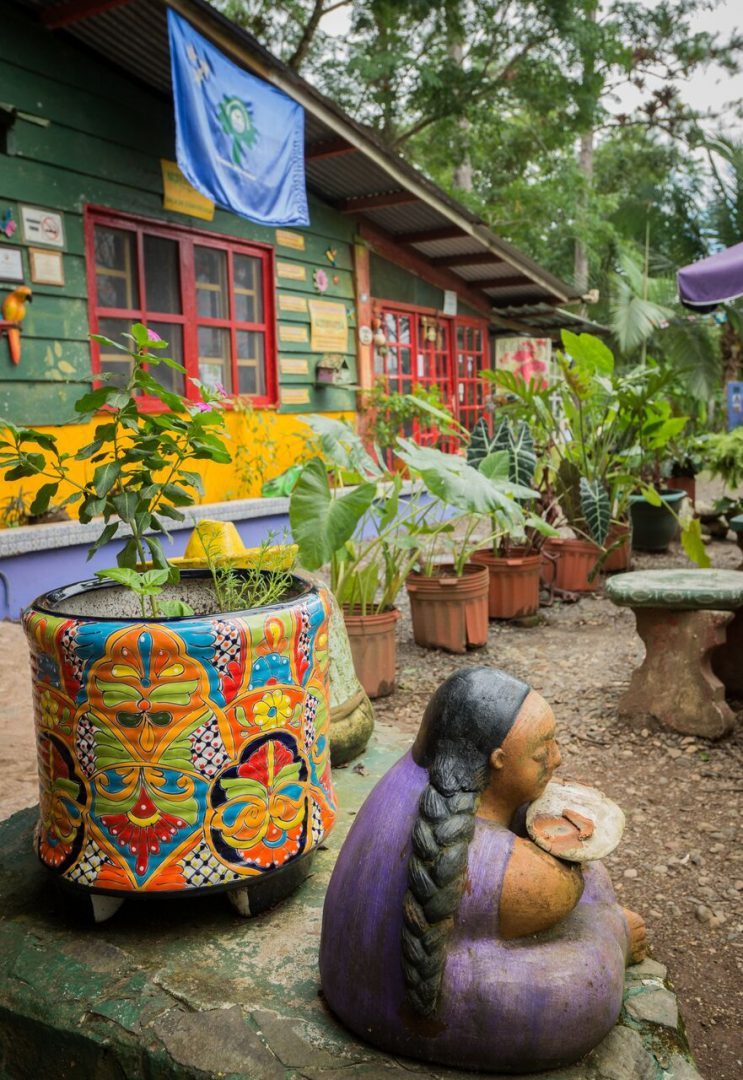 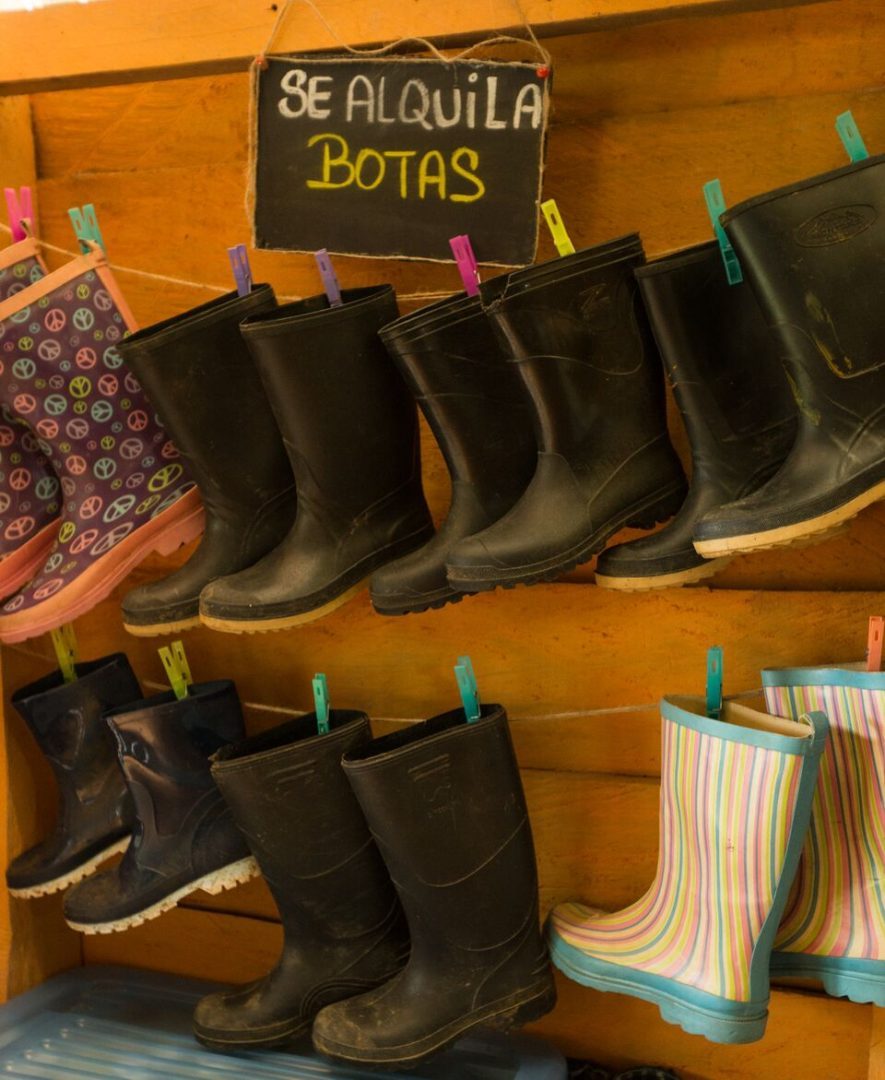 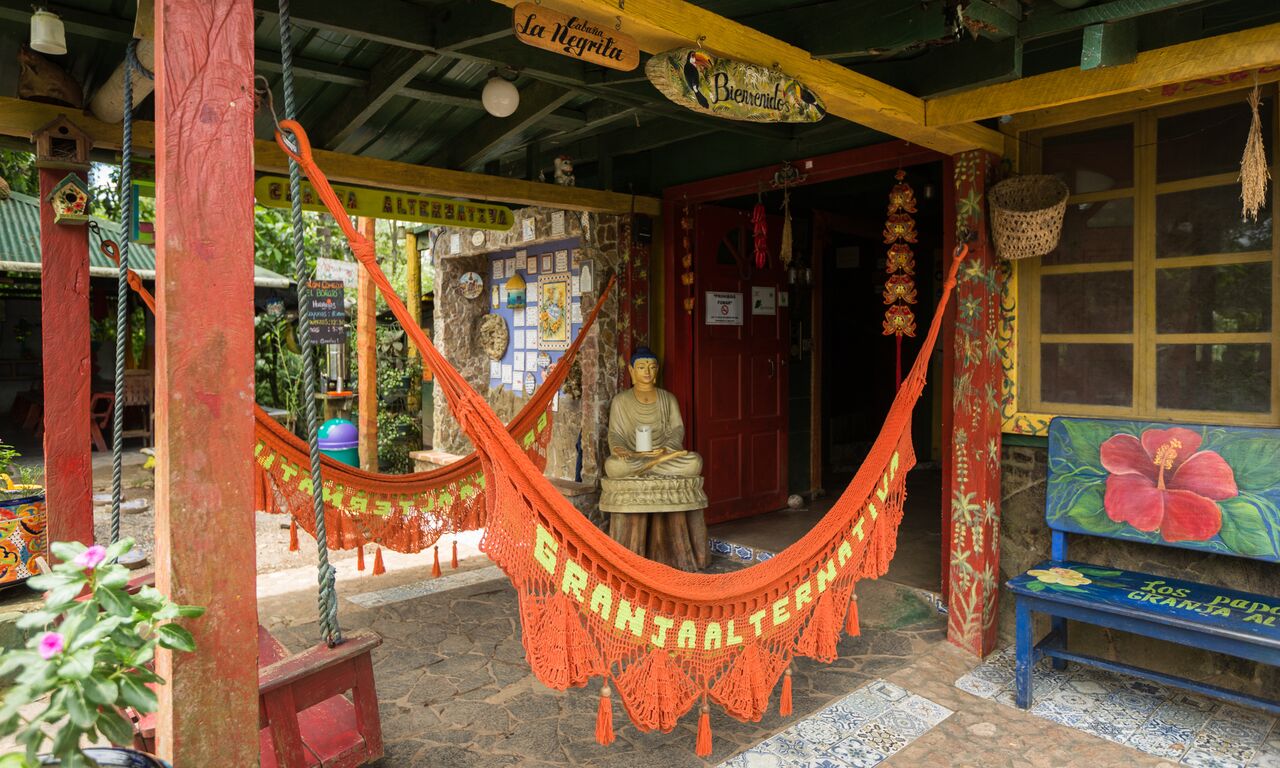 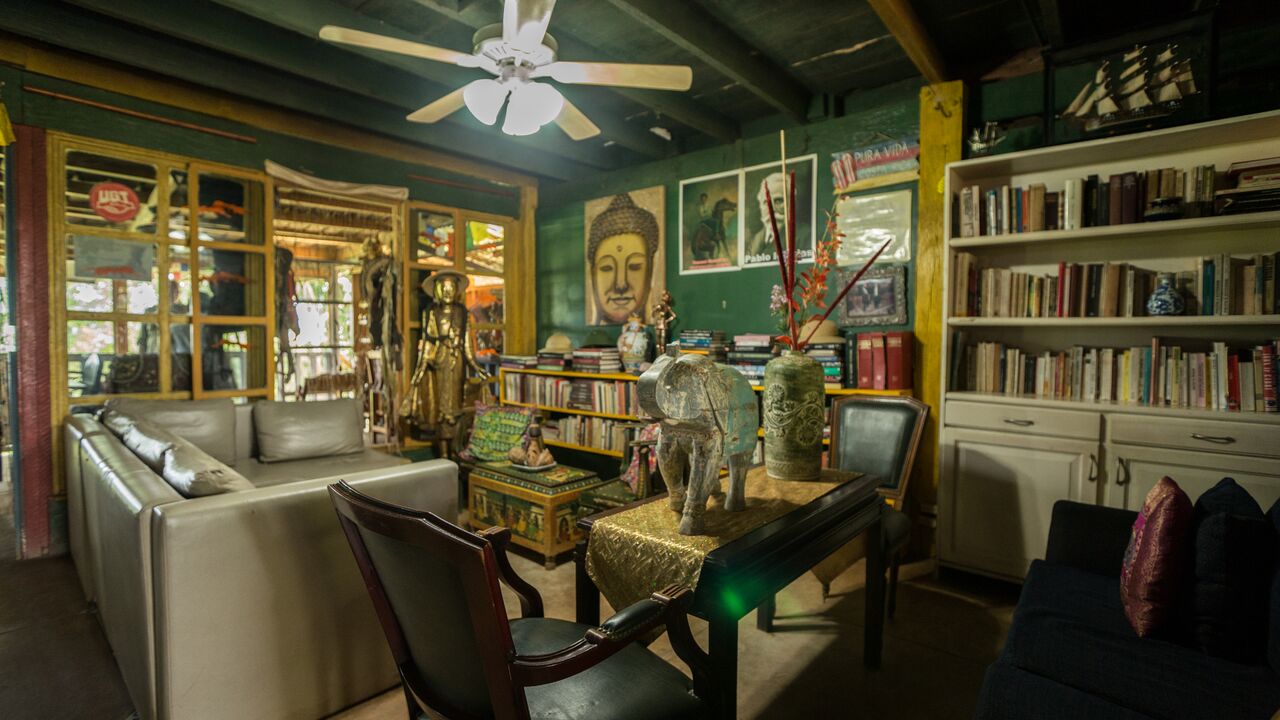 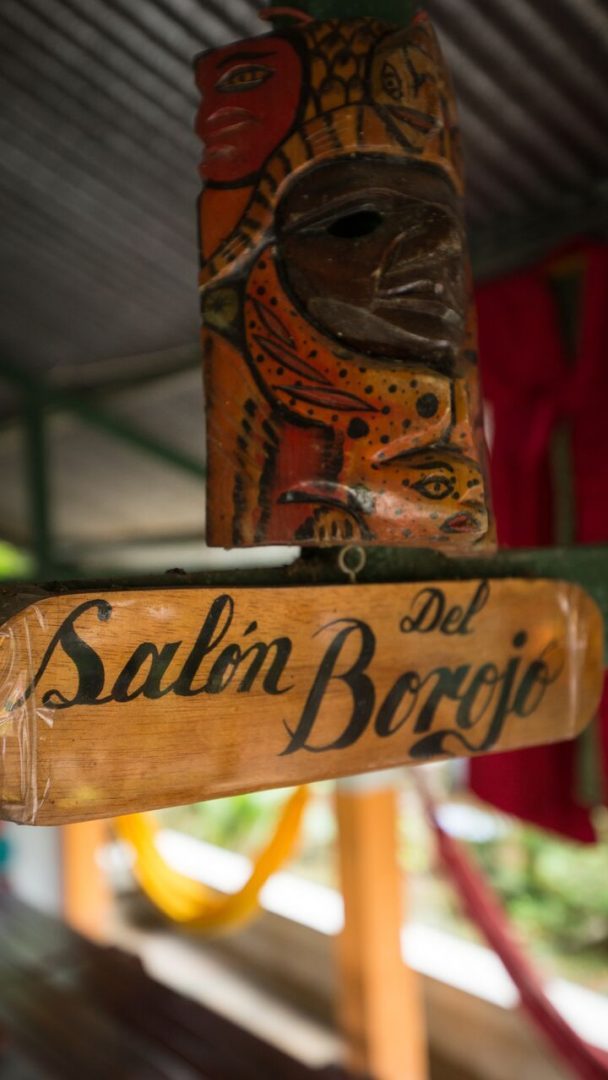 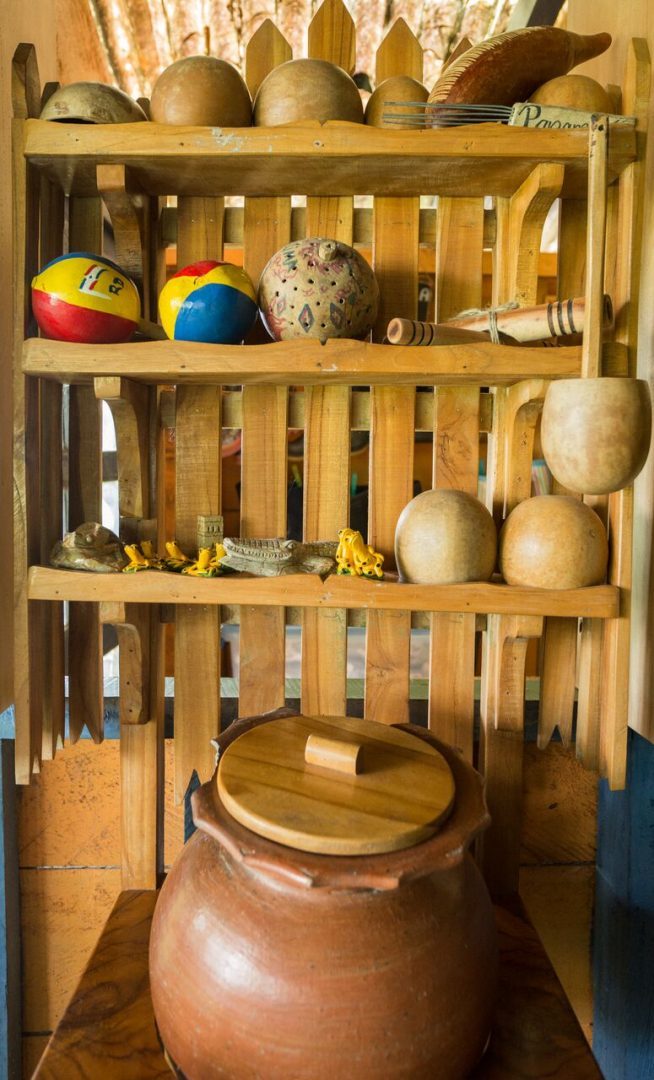 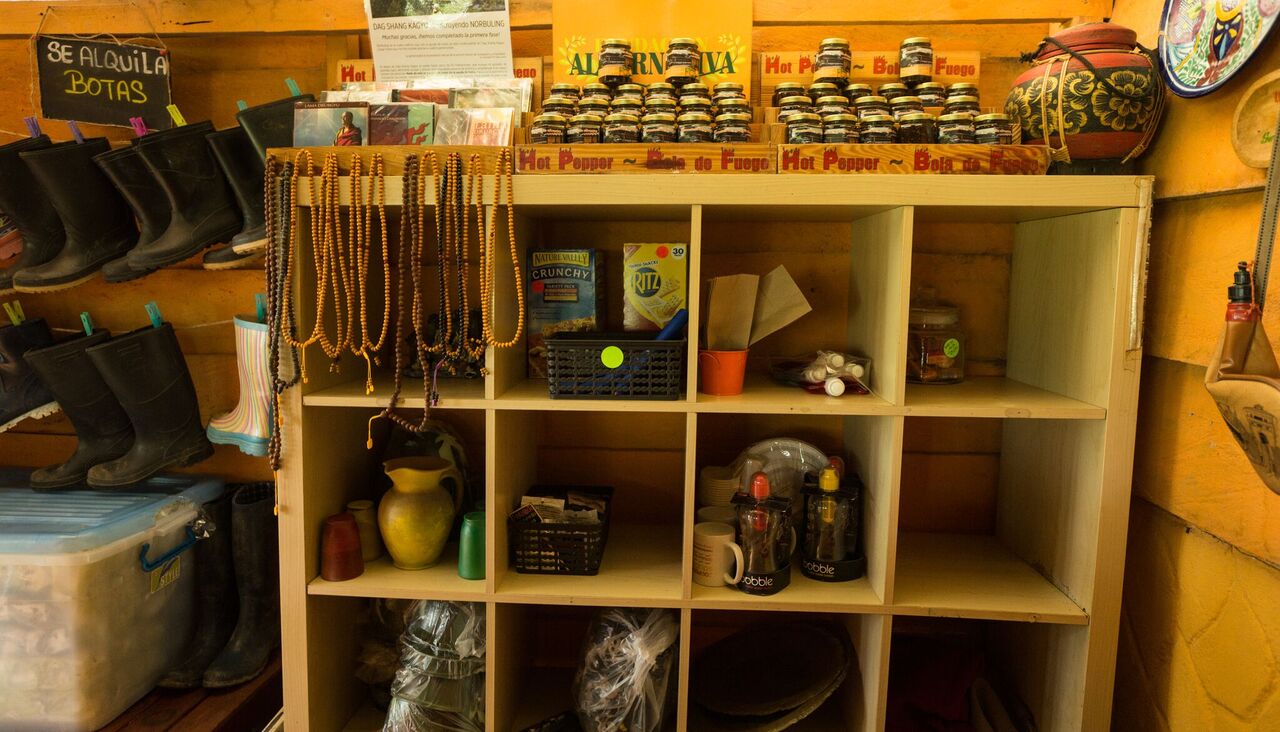 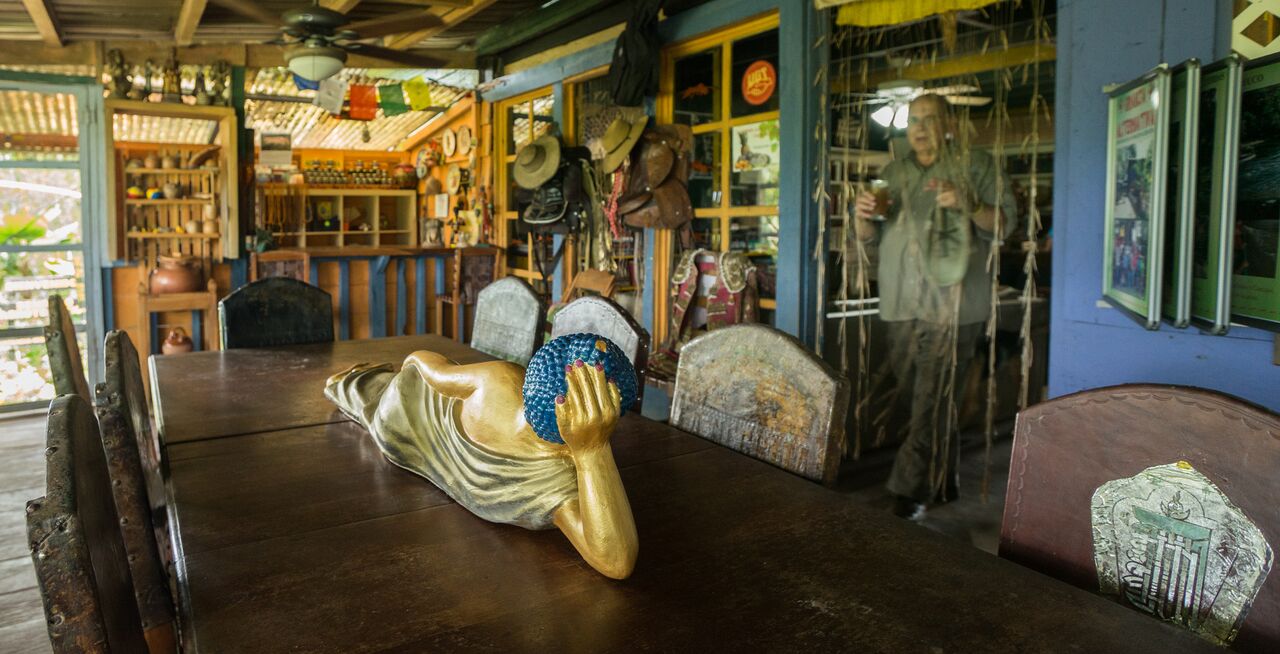 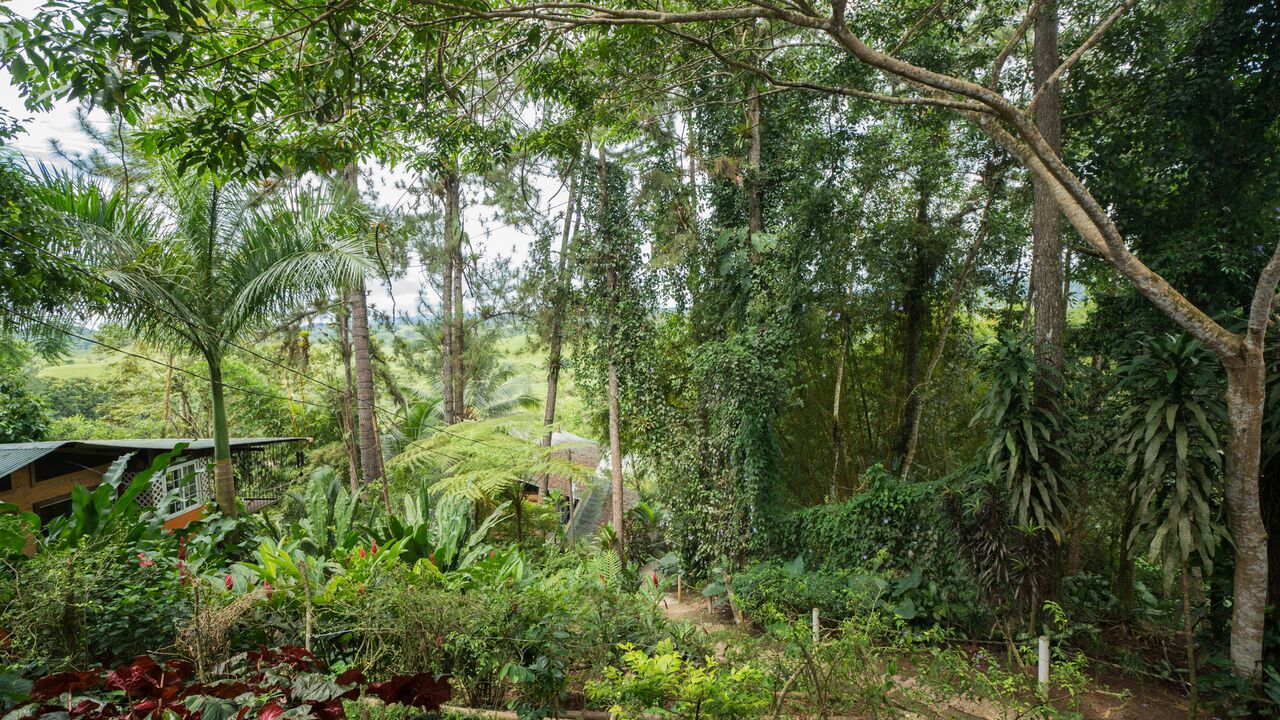 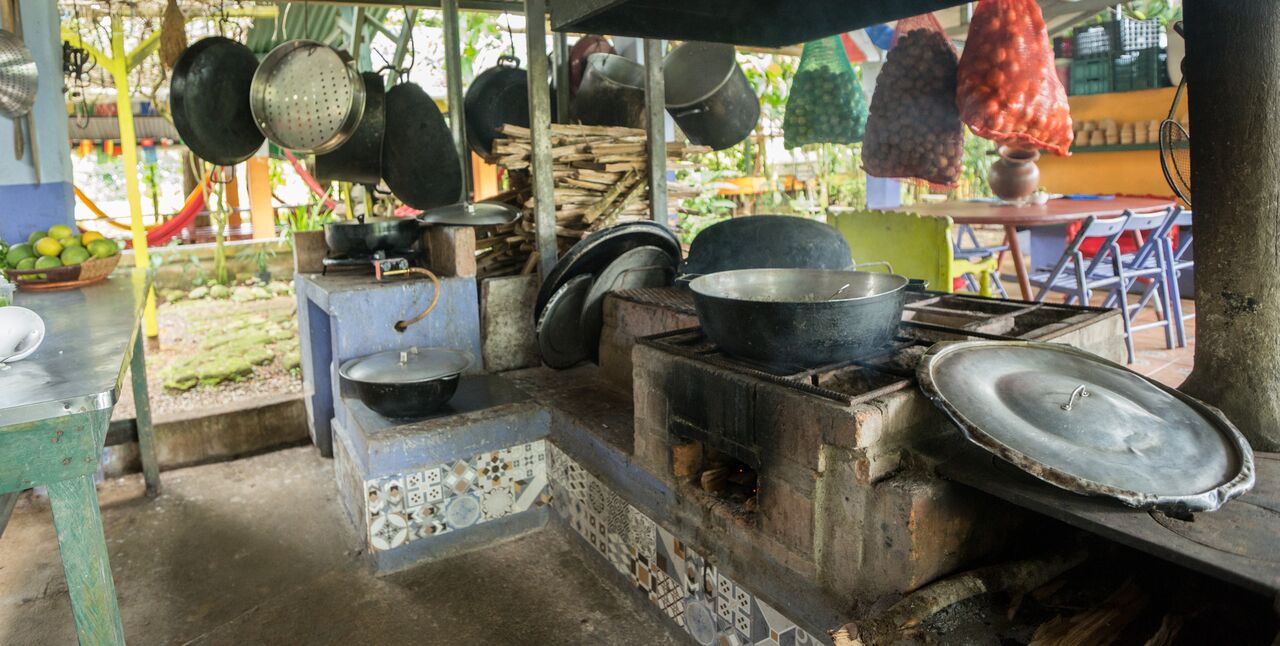 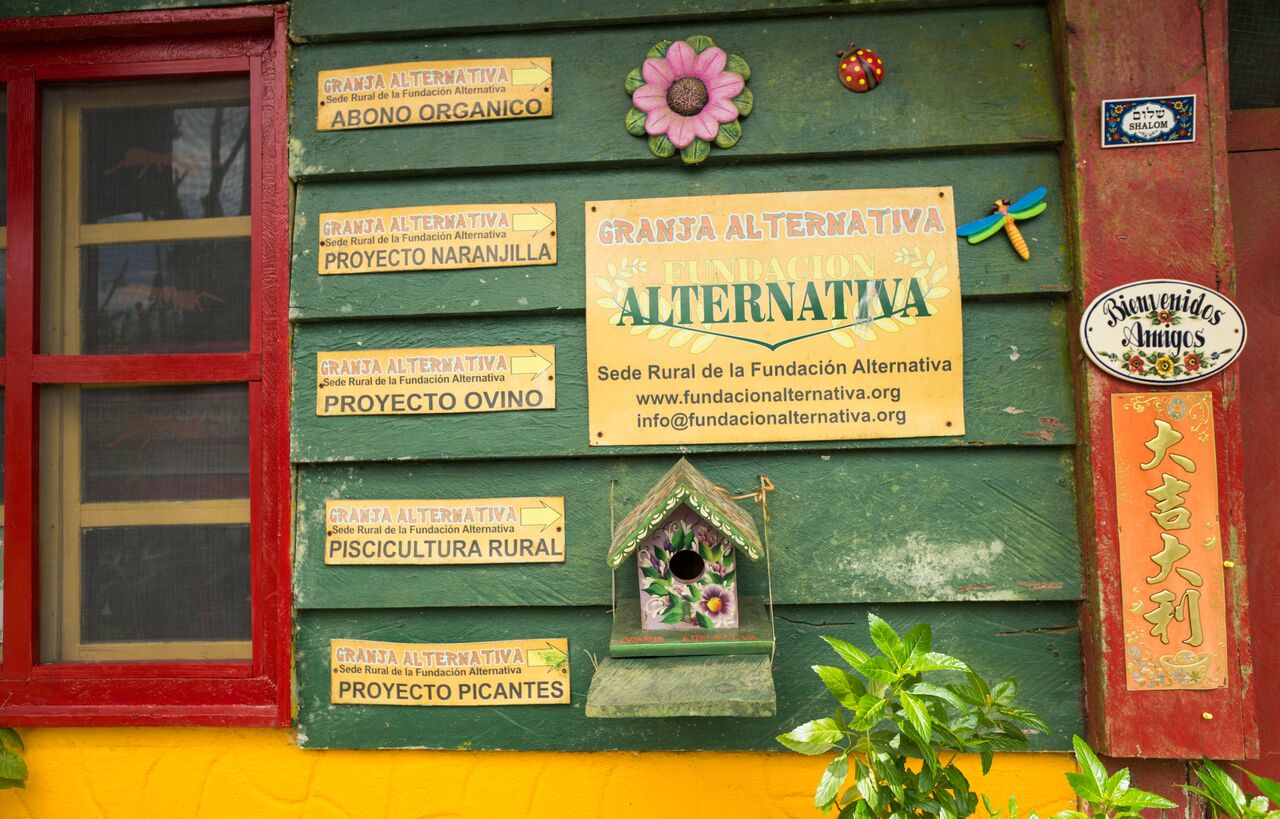 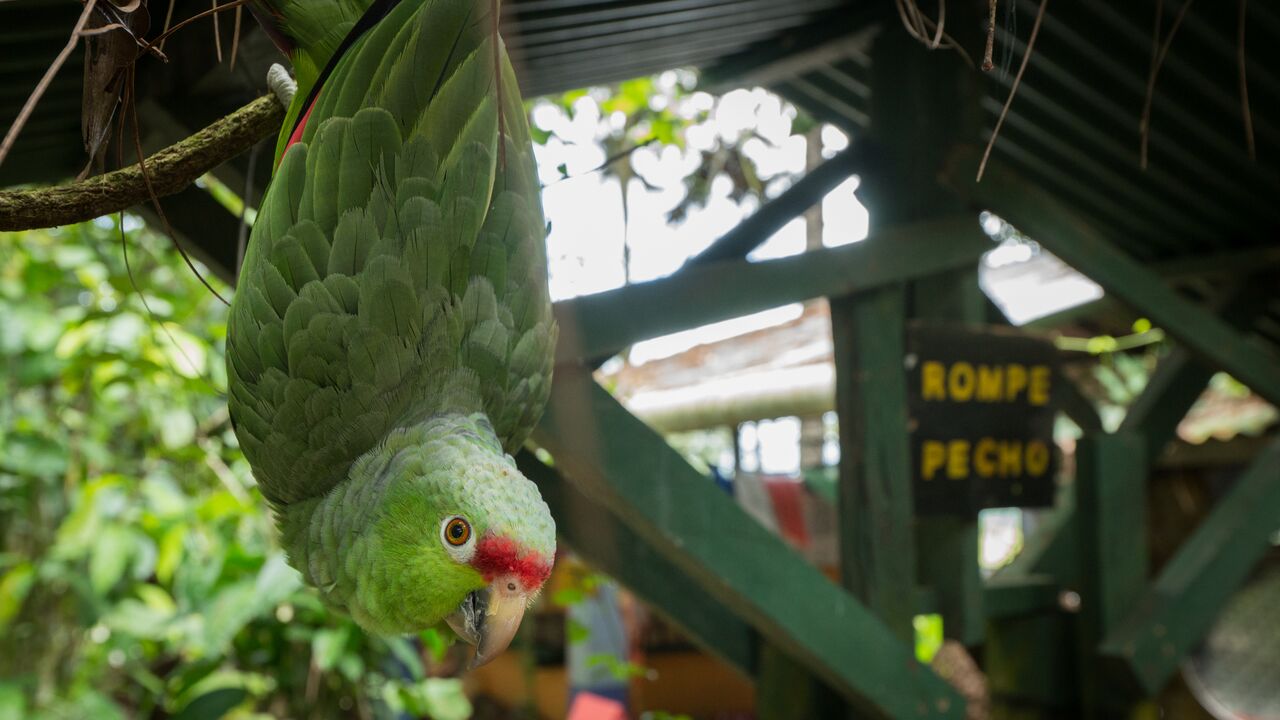 Cala Mia Island Resort in the Gulf of Chiriqui

Africans and Asians lived 1,700 years ago at Sitio Barriles