Sainte-Agnes, the Highest Village in the Mediterranean

My friend Yanis has a book about the prettiest towns in France. Before our trip she researched easy day trips from Monaco and rented a car. In this book was the village of Sainte-Agnes, that claims to be the highest village in the Mediterranean and it is quite close to Menton. Because of the proximity of both, she decided on this option rather than other alternatives. We drove from Monaco passing Roquebrune-Cap-Martin on a panoramic coastal road. Make sure to appreciate the view and stop at some lookout points throughout the way.

The drive is just 25 minutes, but we were not in a rush. It is also possible to get to Menton by train, but not to Sainte-Agnes. However, there is a bus (#10) from the Gare Routiere station if you wish to go by public transportation.

It takes about 25 minutes to drive from Menton to Sainte-Agnes, even though it is only 10 kilometers. The roads serpents through the mountain to reach this village perched 800 meters above sea level that claims to be the highest coastal village in Europe.

Over 50,000 tourists visit this town that was labelled one of the Les Plus Beaux Villages (Most Beautiful Villages) of France in 1997. Being hard to reach has probably saved this place from becoming overrun by tourists.

Sainte-Agnes was founded by a Saracen prince named Haroun who had fallen in love with a local woman from Provence. There is another legend that tells the story of an Italian princess that found refuge in a cave to avoid a storm.

This town was ruled by the Counts of Vintimille until 1258, when it passed to the Counts of Provence. Unlike Menton, Sainte-Agnes was part of the County of Nice and was annexed to France in 1860 after a referendum.

As you are reaching the village you will be enamored by the views of all the houses with a church that stands out. A blue sky with no clouds serves as a background, with rocky mountains covered with green vegetation to its right side. We parked in the first parking area and walked towards the road that splits in two. The right takes you through a cave that leads to the Fort Maginot de Sainte-Agnes that was built in 1932 as part of the Maginot line. It was constructed solidly to defend the area against an invasion from the Germans and the Italians. But it was never used since the invaders went around it.

This fort is like an underground village that could house between 300-400 men for up to three months in 2,000 square meters underneath 55 meters of rock. It is possible to see various rooms including kitchens, dormitories, sanitary facilities and engine rooms.

Tours have very specific schedules (like everything in this area). From October to May it opens from 2:30 to 5:30 p.m. on Saturdays and Sundays. From June through September it is open from 10:30 a.m. to noon and from 3 to 7 p.m. except on Mondays. During Menton’s Fete des Citron (February or March) it opens from 2 to 5:30 p.m. There is a great lookout point in this part with a telescope and an enormous French flag.

Climb even higher, passing the village cemetery, to reach the ruins of a 10th century castle. The foundation could have been that old, but the actual remains we see were built in 1180.

This feudal castle was once a retreat from the Saracen invaders. It was partially dismantled by orders of Louis XIV to stop the rebellion of the village of Peille. During the War of Austrian Succession (1744-1749) it was used again as a defensive castle. There are warning signs of danger that tell visitors to maintain a distance because of the instability of the ruins.

This place is managed by a local association that accepts donations and sells a book (in French) that explains the history of the area. Archeological digs have discovered over 20 skeletons and artifacts that indicate habitation back to the Bronze Age or Neolithic Era. They also created a medieval garden that has incredible views of the bay of Menton, Roquebrune and the Italian border. Visiting is free of charge.

We entered the medieval village at the end of our visit. Most of the houses date back from the 15th to the 18th century and have been restored. Over 1,100 people actually live in Sainte-Agnes. Our first stop was a crepes store and my friend ordered a lemon-honey crepe, typical of the region.

As you continue walking through the cobbled streets you will find restaurants with terraces that offer great views of the French Riviera coastline. There is a cultural space that sells art and photographs, as well as small shops.

The Baroque Church of Notre Dame des Neiges (Our Lady of the Snow) dates back to 1535. Its bell tower stands out with colorful glazed-enamel tiles that cover its top. This church was built to commemorate Virgin Mary’s miracle of snowfall in August, 352 AD, in Rome. 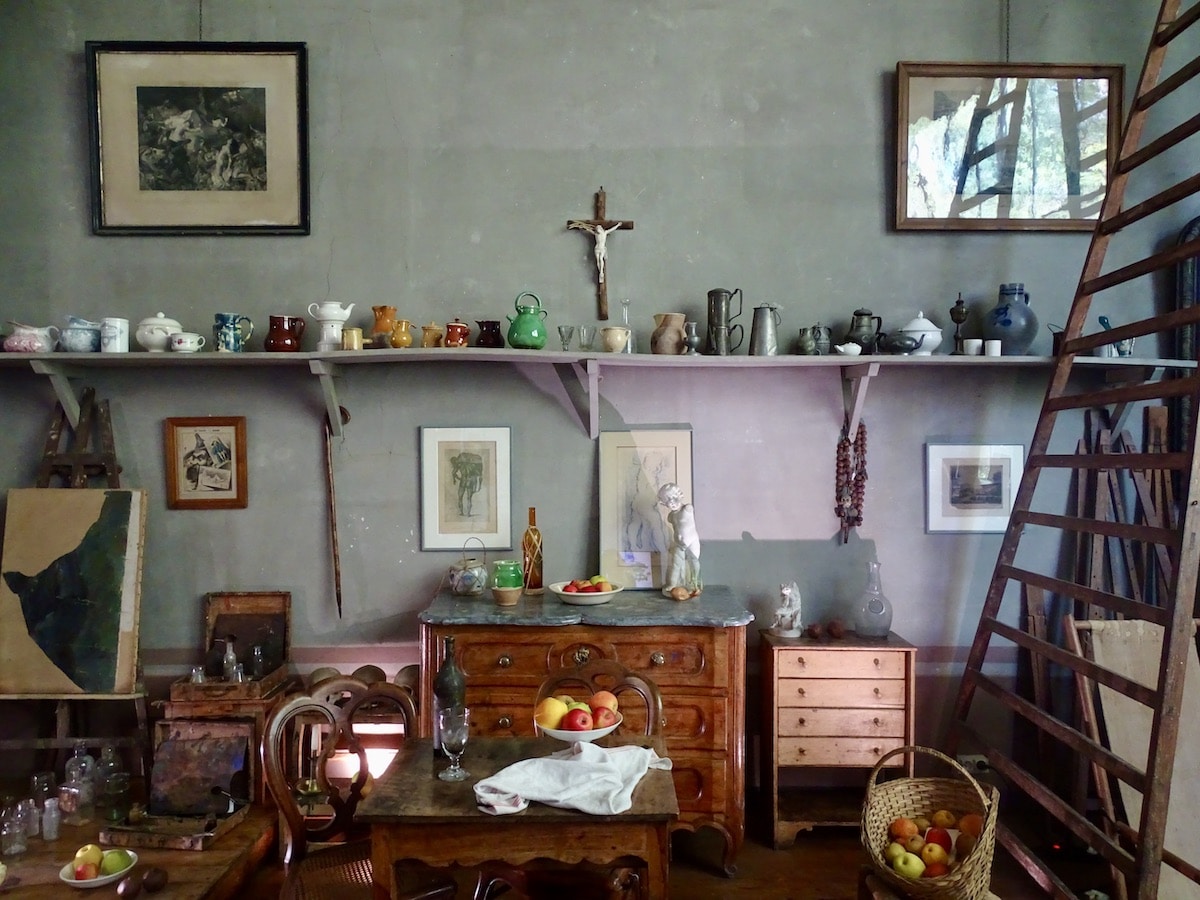 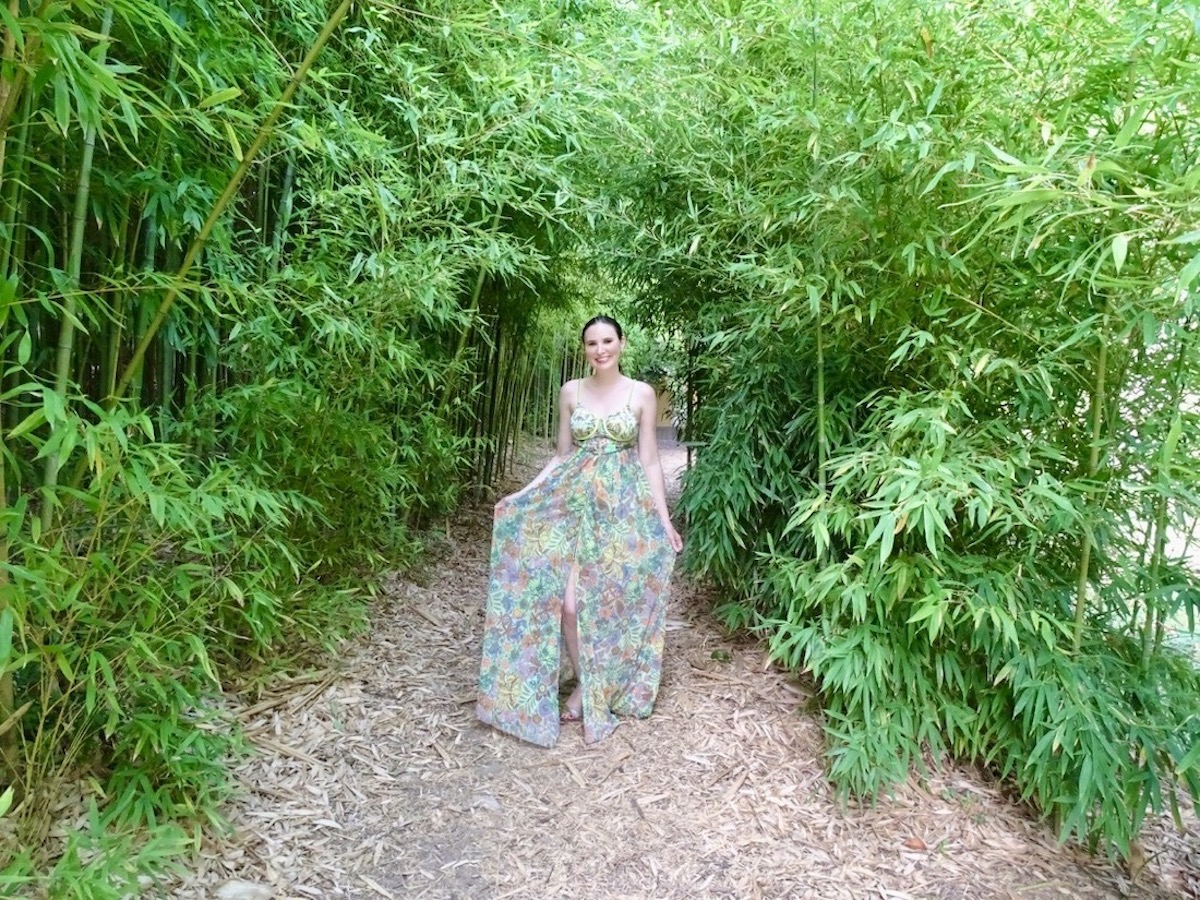 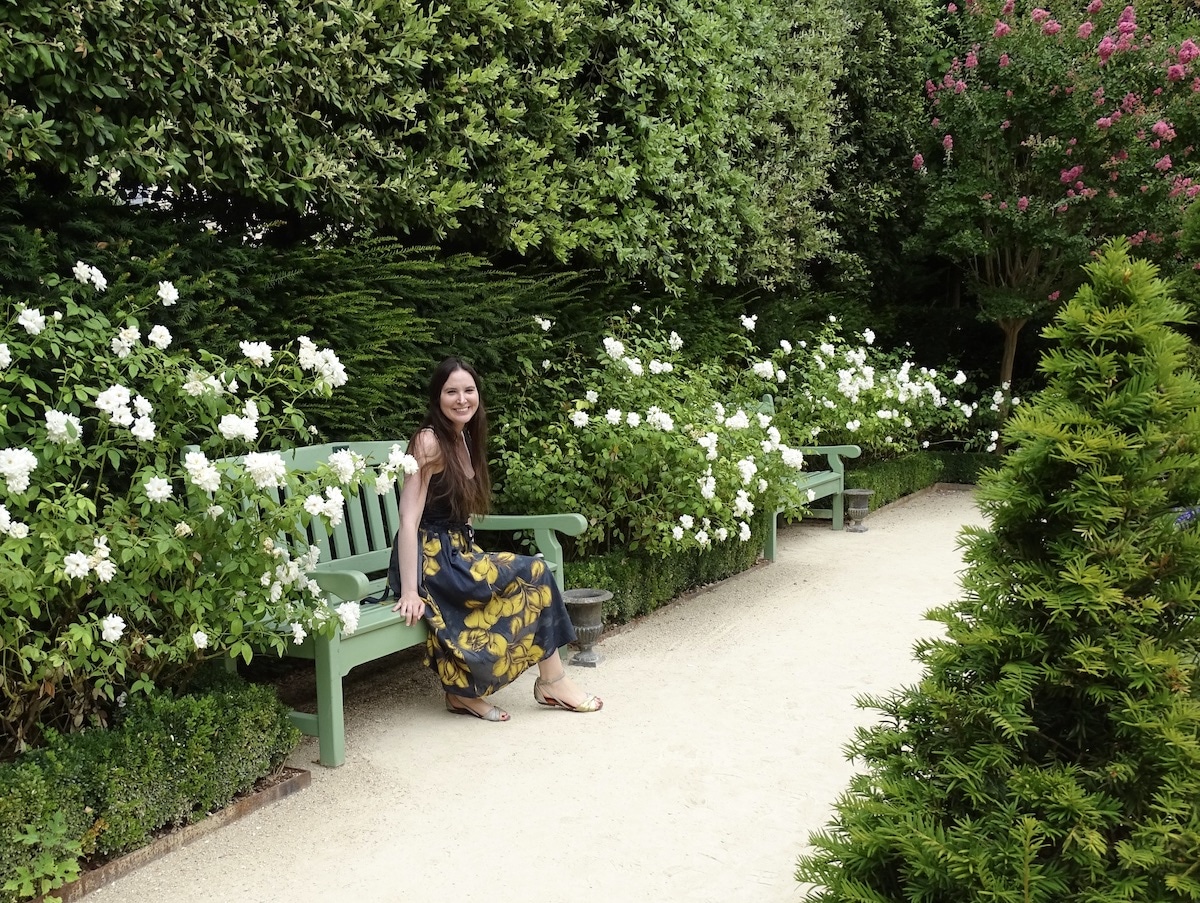 Hôtel de Caumont, the Center of Art in Aix-en-Provence