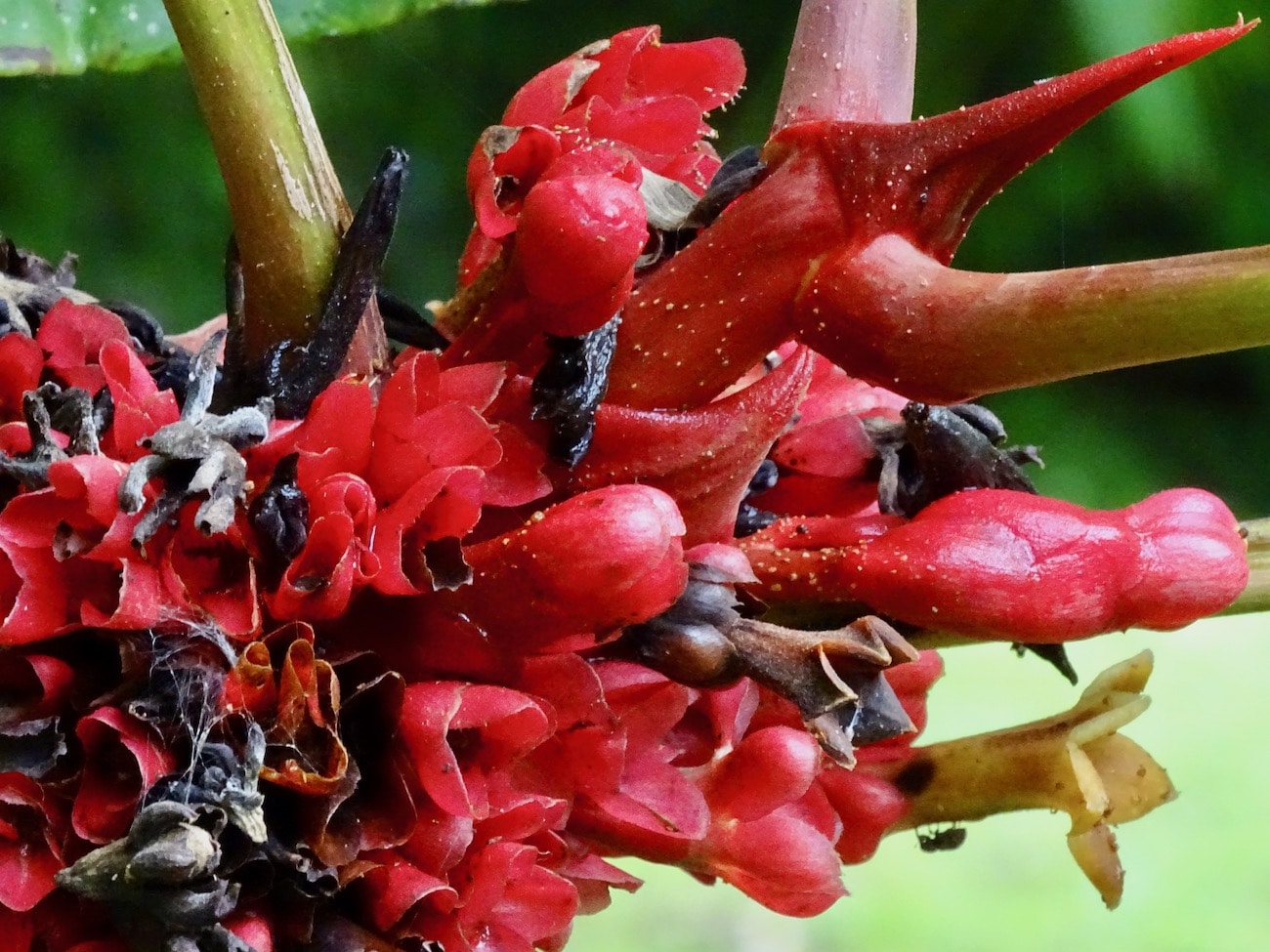 Organizing my visit to Barro Colorado was not an easy task since the person in charge of the press had been injured, so it took me several months to coordinate the date. They sent me an email with the payment options which included bank transfer or credit card. As well as another email detailing the extensive instructions for the visit. The most important thing is to coordinate your transportation, since the Smithsonian Tropical Research Institute’s (STRI) pier is just after the town of Gamboa. There is public transport to the town but not beyond and walking there would take between 20 to 25 minutes.

The morning of the Barro Colorado tour I couldn’t find my backpack and I left my apartment about 45 minutes before. The instructions were very explicit: the ship leaves at 8 a.m. and it doesn’t wait for anyone. Usually that time is enough but on weekends they do bike competitions on the road to Gamboa. Driving trying to avoid the cyclists, who swore they owned the road, was not an easy task. I arrived at 7:55 a.m. eith 5 minutes to spare. I recommend going a little earlier to eliminate the stress.

Barro Colorado is not an island

I boarded the boat to navigate Gatun Lake within the Panama Canal. To build the canal, the Americans dammed the Chagres River creating what was at that time the largest artificial lake in the world. This lake was built between 1907 and 1913 in an area that had been previously populated. Its inhabitants were moved to the Gamboa area. Those who transit through the Panama Canal pass through 21 miles (33 kilometers) through Gatun Lake.

In the area that was flooded there were mountains that are now called islands. The Monkey Island Tour is the most common route, but the most famous island is Barro Colorado. In 1923, the Palenquilla Hill located practically in the center of the canal was passed to the Smithsonian Tropical Research Institute (STRI). With 1,564 hectares it becomes the first biological reserve of the new world. In 1924, scientific researchers began arriving.

With the Torrijos Carter treaties in 1977 they were granted 5 peninsulas that make up what is now known as the Barro Colorado Natural Monument with 5,400 hectares. They have 48 kilometers of periphery, in addition to the mainland peninsulas, that serve as a buffer so that hunters cannot enter and there is no deforestation or disturbance. Buildings and laboratories were built in 1996 collecting scientists from all over the world.

Upon arriving at Barro Colorado we were welcomed by the howls of the monkeys. Our guides, José Guillermo Sánchez, a Panamanian biologist specializing in ants and the ornithologist, Jorge Herrera, took us to the cafeteria for a small breakfast. Then we went to a conference room where they asked us what is biodiversity? After hearing answers, they explained that biodiversity is the “variety of many species, ecosystems and genetics (each one has different DNA due to its inheritance)”.

Biology studies both life and death. Therefore, viruses are important because they serve to control populations. They reproduce using animal or plant cells, evolve and become more resistant. In nature there is a competition for resources, territory and sex.

Panama is one of the most diverse countries in the world, with 10% of the world’s fauna and flora. Mexico has 11% but Panama fits in Mexico about 26 times. The Biomuseo explains the reason for such biodiversity. The isthmus of Panama divided an ocean and united two continents. The underwater rocks collided with those of South America forming a land bridge between the continents. This bridge allowed massive migrations of animals and plants between South America and North America. It also change the ocean circulation affecting the global climate. This caused new species to evolve, especially the marine ones that adapted to different conditions in the Pacific and the Caribbean.

Barro Colorado is a paradise for bird watchers, with 335 species. Panama has 1,010 registered species, therefore a third can be seen in this place. They have three species of toucans, in addition to other species such as the partridge that is good camouflaging but not flying. You can hear the turkeys that are indicative of healthy forests. Another curious species is the anteater bird that learned to eat ants when they run away from cockroaches and beetles. The Barro Colorado forest dorsel closes very low and it is difficult to see some species of birds, they can only be heard.

Within it there are 35 species of amphibians including 32 frogs, two salamanders and one cecilia. We saw the complete cycle of the green and black poisonous frog. The natives used their poison to hunt. Other species are the tree frog and leaf frog. In Barro Colorado there is no fungus that affects frogs which Smithsonian investigates in other parts of the country. This is because the temperature is very hot. The fungus prefers temperate places like El Valle, Darien and Chiriqui.

There are 71 reptiles, including 5 poisonous snakes. Of the 110 species of mammals, 74 are bats.

It is impossible to count the insects in Barro Colorado. To date there are 1000 species of chiches, 300 butterflies, 200 ants (14 are warrior ants) and 100 cockroaches. All perform important functions such as decomposing the forest, pollinating plants, maintaining the growth rates of other animals, pruning the leaves and are food for other organisms.

1369 species of plants, shrubs and palms are also part of the ecosystem.

There are no endemic species in Barro Colorado since there has always been an exchange. For example, there are no jaguars and pumas residents but they do visit the island in transit from Soberania Park.

Barro Colorado has 42 kilometers of trails but visitors only walk two to three. The trails have names of pioneers, caregivers and researchers in its beginnings such as Fausto, Donato and William Morton.

At the end of the introductory talk you will go to the trails from 9:30 a.m. to 12 p.m. It is recommended to stay in them so as not to disturb the animals. As they are clearly marked with cement blocks there is no way to get lost. Our group was divided among the three guides.

In the forest the average temperature is 80 Fahrenheit (27 degrees Celsius) but the humidity is quite high. It is recommended to bring a hood in case of rain, since the average rainfall is 2600 mm but this can vary due to climatic phenomena. They told us what to speak in a low voice and put our cell phones in silence. However, the most important rule is not to take or leave anything. It is not allowed to feed the animals as it can alter behaviors and investigations.

As expected, Barro Colorado generates a lot of information about tropical forests for everyone. During the tour you will be able to see various experiments of scientists. Our guide showed us patterns on the leaves. Two scientists from the University of Utah realized that plants have a defense mechanism. They allow insects to eat until they feel threatened and then secrete a chemical that goes through the vein of the plant that tastes bad to animals.

Many Germans come to study bats. With a camera with flash and motion sensors can observe their behavior and power. There are marked plants on all trails that mean they are part of some experiment. They also have a sensor that sends a signal to a satellite in the Caribbean, a buoy records the constant monitoring of the area to predict a tsunami, tremor or earthquake.

Unfortunately, if you are not a scientist you cannot spend the night, you can only go for the day.